Good news! Phyoe Phyoe Aung, who was detained in Myanmar after helping to organize largely peaceful student protests, has finally been released more than one year on. 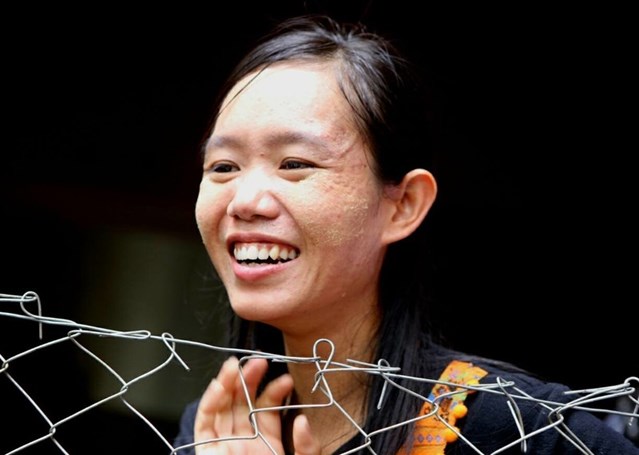 The good news came after the new government in Myanmar announced it would work to release all prisoners of conscience as soon as possible. A court then dropped charges against Phyoe Phyoe Aung and scores of students involved in protests during March 2015.

While still in jail, Phyoe Phyoe Aung told us: “I thank everyone very much for their support for me and our movement. Receiving letters gives me real inspiration for what we are doing. I have begun to notice that the world is watching and cheering us – we are not alone.” 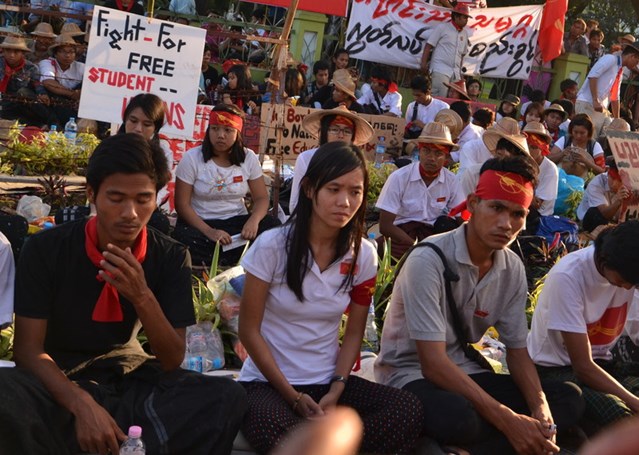 Phyoe Phyoe Aung (centre) during a protest against the National Education Law in November 2014. Credit: Private.

Student leader Phyoe Phyoe Aung had helped to organize a series of marches against a new law in Myanmar, which students said limited academic freedom. In March 2015, as the protesters got closer to Yangon, Myanmar’s largest city, they were blocked by police who beat them with batons before arresting them.

She and more than 100 other student activists, including her husband James (aka Lin Htet Naing), were charged with a range of questionable criminal offences. Some, including Phyoe Phyoe Aung, could have faced more than nine years in prison.

Phyoe Phyoe Aung and James were married only months before she was arrested in March 2015. Before his own arrest in November 2015, James shared with us the story of their love, and of his wife's determination and courage. 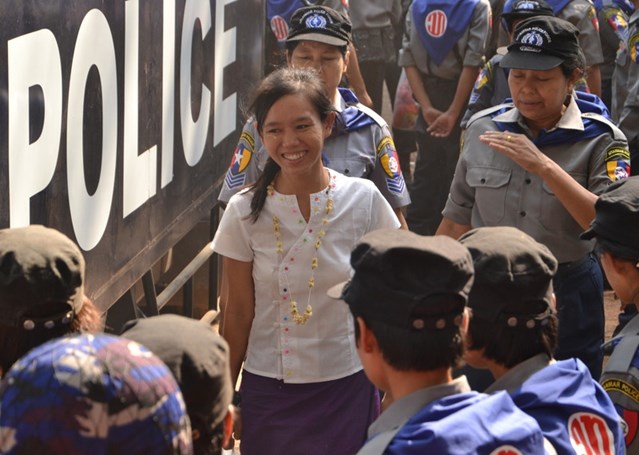 Phyoe Phyoe Aung’s release sends an encouraging message about the new government’s commitment to ending political arrest and imprisonment in Myanmar. But there is still more work to do, and Amnesty International will continue to campaign for the release of all remaining prisoners of conscience to ensure that no one is left behind bars.