Every year, the Amnesty International Ambassador of Conscience Award celebrates individuals and groups who speak out for justice.

The recipients are people who have used their talents to inspire others to fight for human rights. The award also aims to create debate, encourage public action and raise awareness of diverse human rights issues.

In 2017, the prestigious award will be shared between celebrated global music artist and activist Alicia Keys and the inspirational movement of Indigenous rights activists campaigning for change in Canada.

TAKE ACTION: Call on Canada to uphold the UN Declaration of the Rights of Indigenous Peoples>>

The Award event is produced by Art for Amnesty, Amnesty International’s artist engagement programme, which brings together international artists of all disciplines in a collaborative effort to defend and celebrate human rights for all.

The 2017 Ambassador of Conscience Recipients

The Indigenous Rights Movement in Canada

First Nations, Métis and Inuit peoples have faced severe and persistent human rights abuses at the hands of governments in Canada. In fact, the Truth and Reconciliation Commission concluded that government policies have attempted the utter destruction of their cultures and identities. The Ambassadors of Conscience Award celebrates the strength, resiliance and courage that has exposed and countered these abuses, brought about a sea-change in public awareness of Indigenous rights in Canada, and challenged and advanced the global framework of human rights protection. This year the Ambassador of Conscience Award will be shared between leaders and activists from the Indigenous rights movement who have shown remarkable courage in leading important equality rights battles, defending land rights, speaking out for the safety of Indigenous women and girls, and inspiring non-Indigenous and Indigenous people to action. Accepting the award recognizing the Indigenous rights movement of Canada will be six individuals representing the strength and diversity of the movement, which has bravely fought to end discrimination and ensure the safety and well-being of Indigenous families and communities. They are Cindy Blackstock, Delilah Saunders, Melanie Morrison, Senator Murray Sinclair, Melissa Mollen Dupuis and Widia Larivière.

Receiving such a prestigious international award is an acknowledgement of the workdone by thousands of people who have, in their own way, stood up every day for therights of Indigenous Peoples in a spontaneous and peaceful citizens’ movement. -Melissa Mollen Dupuis and Widia Larivière

Alicia Keys has used her career and platform as a 15-time Grammy award-winning artistto inspire and campaign for change. Often referred to as the “Queen of R&B”, Ms. Keyshas increasingly interwoven her activism with her art. Stunned by the fact that there are now more refugees in the world today than at anyother point in history, the musician helped create and appeared in a short film entitled “Let Me In” to mark last year’s World Refugee Day. With her song, "Hallelujah” at its center, the film brings the issue of the refugee crisis home to viewers by telling the powerful story of a young American family forced to flee to the US-Mexico border. In 2014, she co-founded the We Are Here Movement to encourage young people to mobilize for change, asking the question “Why are you here?” as a call toaction. Through the movement she has sought to galvanize her audience to take actionon issues such as criminal justice reform and ending gun violence. Her extensive philanthropic work includes co-founding Keep a Child Alive (KCA), a non-profit organization providing treatment and care to children and families affected by HIV in Africa and India.

To be given this great honour, and to be in the presence of the Indigenousrights movement is a humbling experience. -Alicia Keys

The Indigenous Rights Movement in Canada

Amnesty International Canada campaigns on many human rights issues impacting Indigenous peoples in Canada. Below is a description of five of our campaigns where we are standing alongside those activists and leaders honoured by the Ambassadors of Conscience Award.

"We need to train ourselves to not normalize racial discrimination our own country. We have to address it. There should be no place in Canada, no place in the world where a government can make excuses for racially discriminating against little kids who just want to grow up and be somebody.” - Cindy Blackstock, First Nations Child and Family Caring Society

The federal government’s underfunding of services for First Nations children living on reserves has created a crisis situation for these children and their families.

Today, more First Nations children are being taken away from their families than at the height of the residential school era.

In January 2016, the Canadian Human Rights Tribunal ruled that the federal government has discriminated against First Nations children because funding for family services on reserves is less than what's provided for all other children and falls far short of actual needs. That ruling is the result of a decade-long effort lead by Cindy Blackstock and the First Nations Child and Family Caring Society. Because the federal government has yet to comply with that ruling, that struggle continues.

Violence against Indigenous women and girls 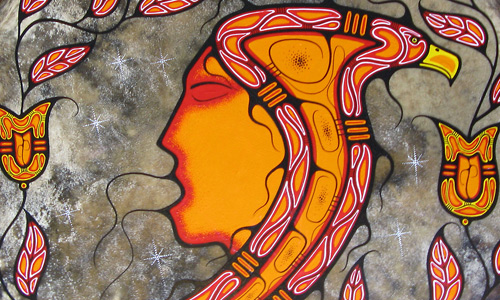 The scale and pervasiveness of violence against Indigenous women and girls in Canada is nothing less than a national human rights crisis. The federal government has launched a national Inquiry on Missing and Murdered Indigenous Women and Girls. That Inquiry came about as the results decades of efforts by Indigenous women who have had to struggle even for acknowledgement of the violence they face. As the Inquiry moves forward, First Nations, Inuit and Métis women's organizations continue to call for immediate actions to reduce the risk of violence and ensure that Indigenous women and girls have the support they need to escape violence.

Indigenous women and girls face pervasive violence including a homicide rate at least 6x higher than all other women in Canada.

The land rights of Indigenous peoples 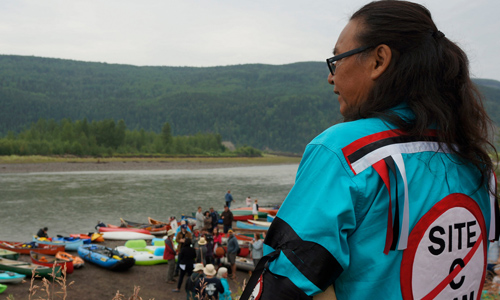 First Nations, Inuit and Métis peoples control only tiny portions of their traditional territories. All too often they are denied a meaningful role in government decisions that can have a profound impact on their ability to provide for their families and practice their cultures and traditions. Historic court decisions like the Tsilhqot'in title case have made it clear that the rights of Indigenous peoples to their lands and territories did not simply disappear with the creation of Canada. But every day Indigenous peoples struggle to assert and defend these rights.

Amnesty International is standing with Indigenous peoples in some of the defining, unresolved land struggles of the day including:

The fight against the Site C dam

The struggle to Make Muskrat Right

The proposed $8 billion plus Site C hydroelectric dam would flood more than 80 km of the river valley, stretching west from Fort St. John. The severe impact on Indigenous peoples is beyond dispute. 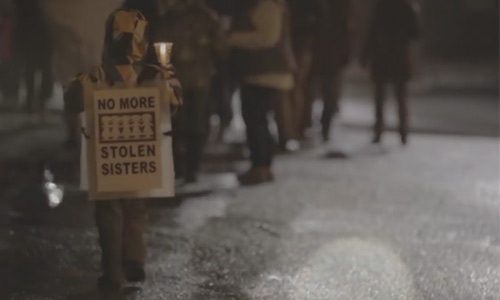 Decades of studies have linked large-scale resource development to social strains in the communities that host the workers brought in projects like mines, large dams and oil and gas development. These unintended side-effects including inflated costs of living, strains on social services, and rising drug and alcohol abuse. All these factors increase the risk of violence against women and girls. Failure to consider these impacts in the decision-making process, means that safeguards and mitigation plans aren't put in place when projects are approved. This is especially concerning given the existing crisis of violence facing Indigenous women and girls.

Despite these well-known negative impacts the Canadian government continues to approve resource development projects without looking at the negative impacts on Indigenous women and girls in nearby communities.

UN Declaration on the Rights of Indigenous Peoples

The 2007 UN Declaration on the Rights of Indigenous Peoples was the first international human rights instrument to specifically address the widespread violations and harms directed against Indigenous peoples. It was also the first international human rights instrument developed through the direct involvement of the very people whose rights were at stake. Indigenous activists and leaders from Canada played key roles in advancing this ground-breaking tool for the protection of human rights. Amnesty International has been honoured to work alongside Indigenous peoples and other partners in ongoing work to raise awareness of the Declaration and promote its full implementation in Canada.

TAKE ACTION: Call on Canada to uphold the UN Declaration of the Rights of Indigenous Peoples>>

To learn more about the UN Declaration click here>>

'The Truth and Reconciliation Commission called the Declaration "the framework" for Canadians to come together to redress the terrible harms that have been inflicted on First Nations, Inuit and Metis peoples.