It’s had a huge impact. People who have been unfairly imprisoned have been released. Laws have been changed. Brave people around the world have taken action and succeeded.

Scroll down for our end-of-year-round-up of 2018’s human rights wins. 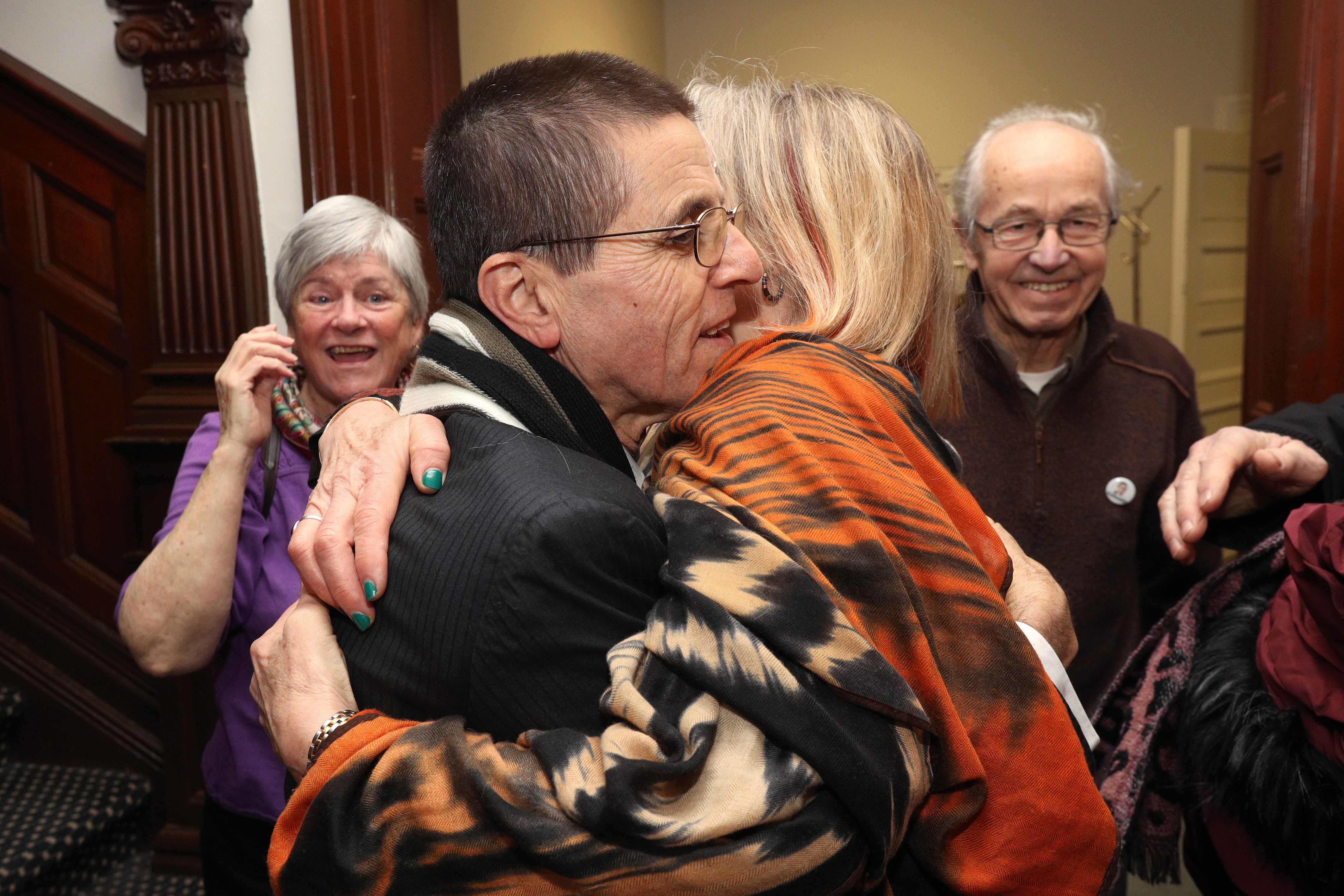 Hassan Diab was at Amnesty International’s office in Ottawa on January 17 after his return from France, where he was in detention for 38 months—trapped while French authorities refused to either release him or go to trial. Amnesty was deeply concerned that the French government was using torture-tainted evidence against him. 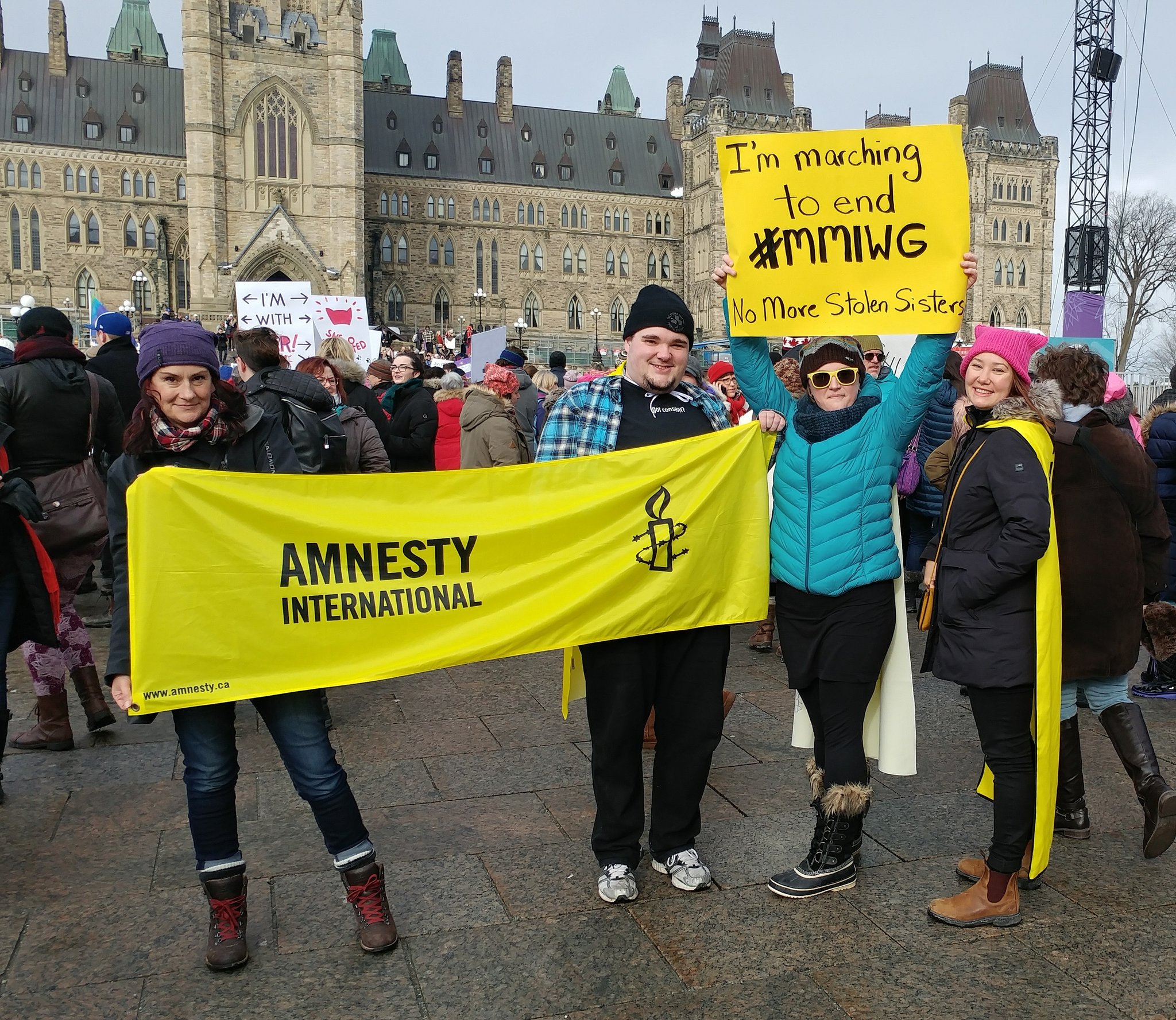 On January 20, activists in Ottawa took part in the city’s Women’s March. The event was one of thousands around the world. One year after the inauguration of US President Donald Trump, protestors were declaring again that women’s rights are human rights. 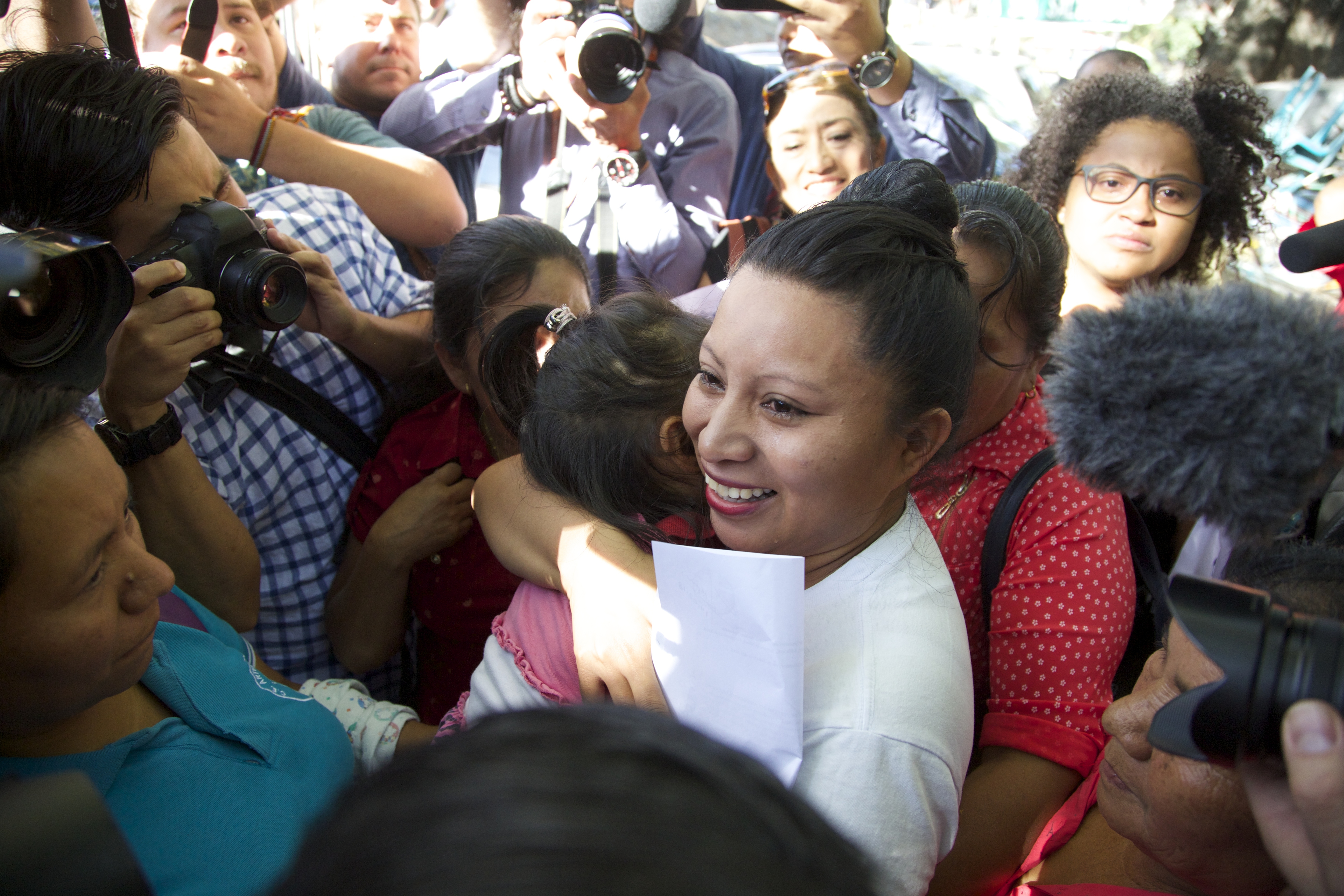 Teodora del Carmen Vásquez won her freedom after a decade in jail in El Salvador after suffering a stillbirth. Amnesty supporters had long campaigned for her release. In El Salvador, where it is a crime for women and girls to have an abortion for any reason, women can face up to 50 years in prison for experiencing pregnancy complications or stillbirths. 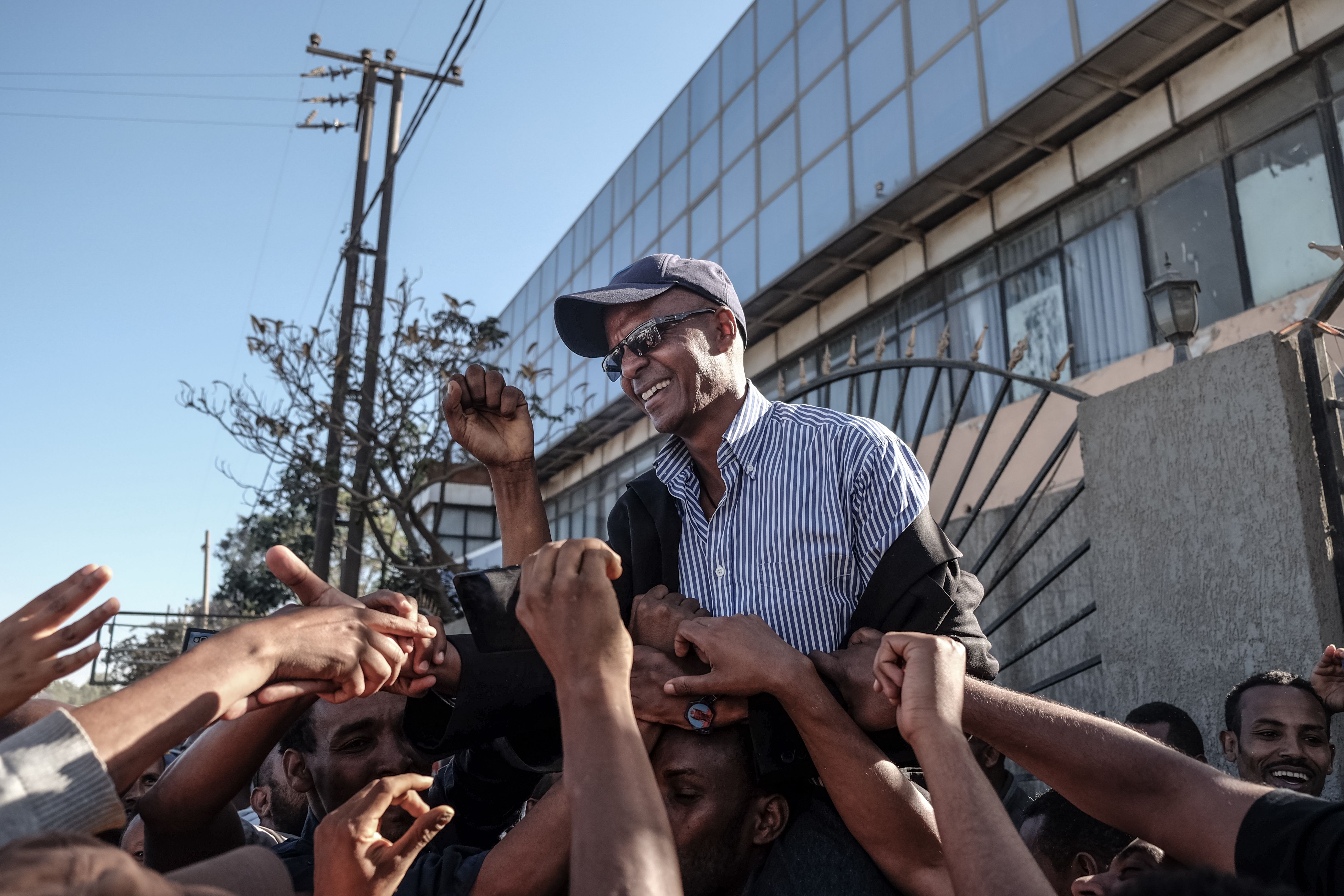 Eskinder Nega was finally released in Ethiopia after seven long years in jail for supporting free speech. The journalist and former prisoner of conscience was freed on February 14. In a message to Amnesty supporters, Eskinder said, “I shall continue to be a voice for non-violence, peace, democracy and reconciliation. Thanks, Amnesty International!” 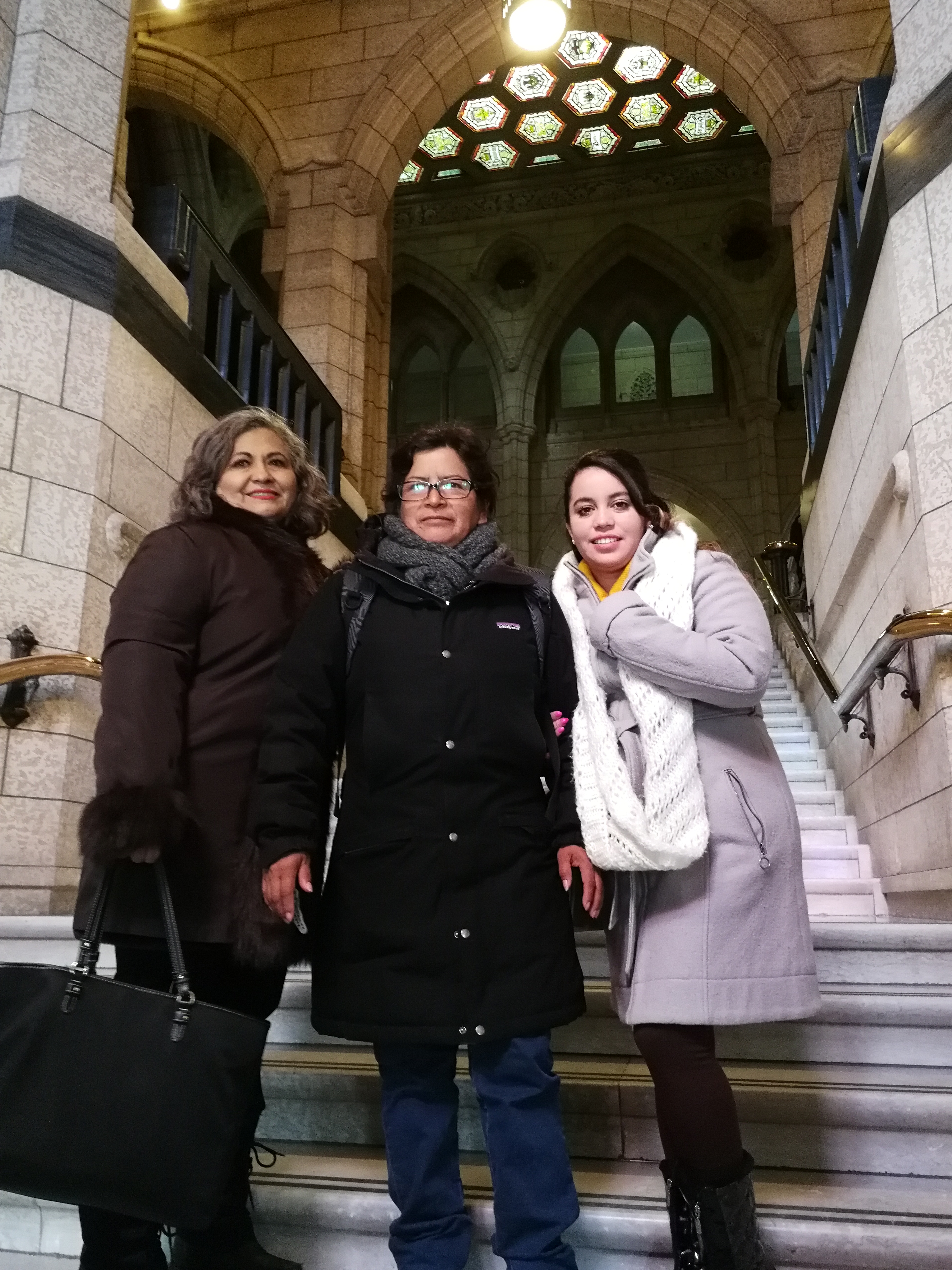 Amnesty hosted a visit to Canada by three women human rights defenders from Mexico seeking Canadian support for their determined efforts to stop violations of Indigenous rights and an epidemic of disappearances. Michelle Quevedo and Martha Camacho are leaders in the National Movement for our Disappeared. Alicia Bustamante is an Otomí Indigenous defender challenging injustice and repression. The inspiring leadership of these women attracted new supporters for our work to defend human rights amid deep crisis in Mexico. 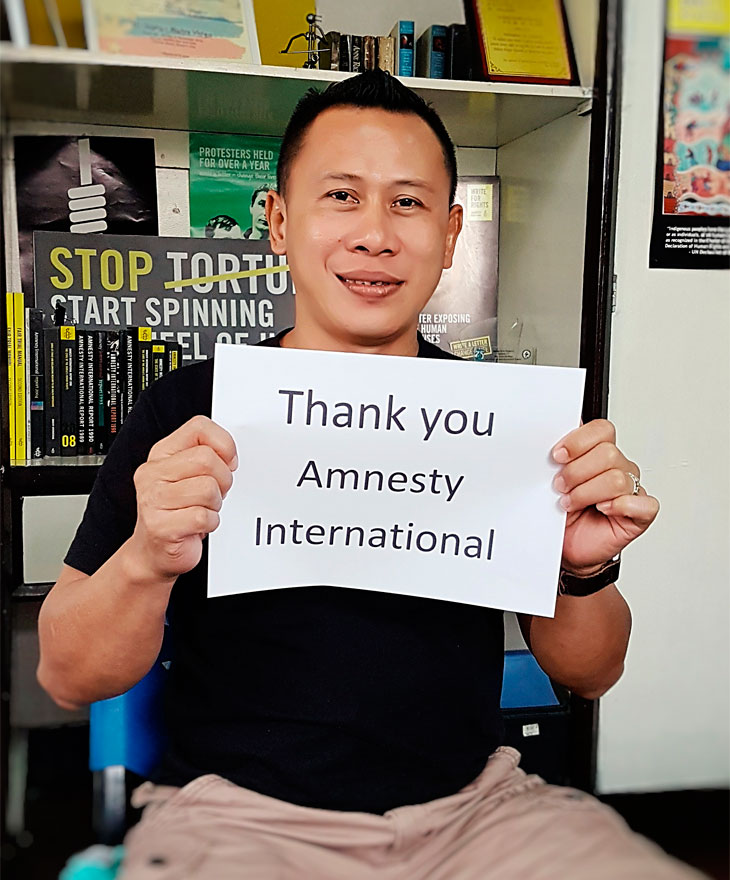 Following a global Amnesty campaign, Jerryme Corre returned home to his wife and children after six years behind bars in the Philippines on false drug charges. In 2012, police officers tortured Jerryme and forced him to sign a confession, even though an official told the police they had arrested the wrong man. 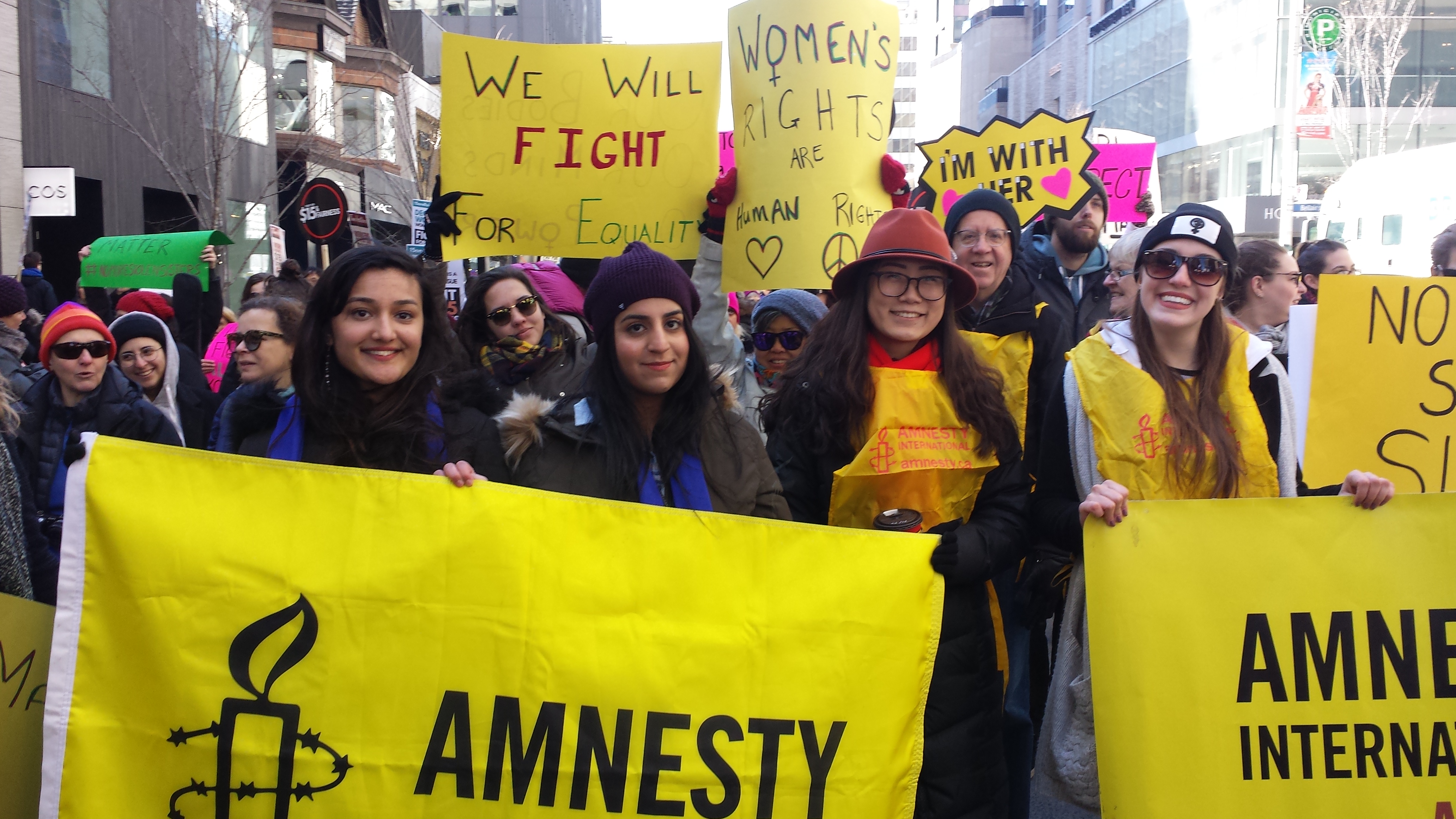 Amnesty supporters in Toronto took part in International Women’s Day celebrations by taking part in the march along the city’s streets. 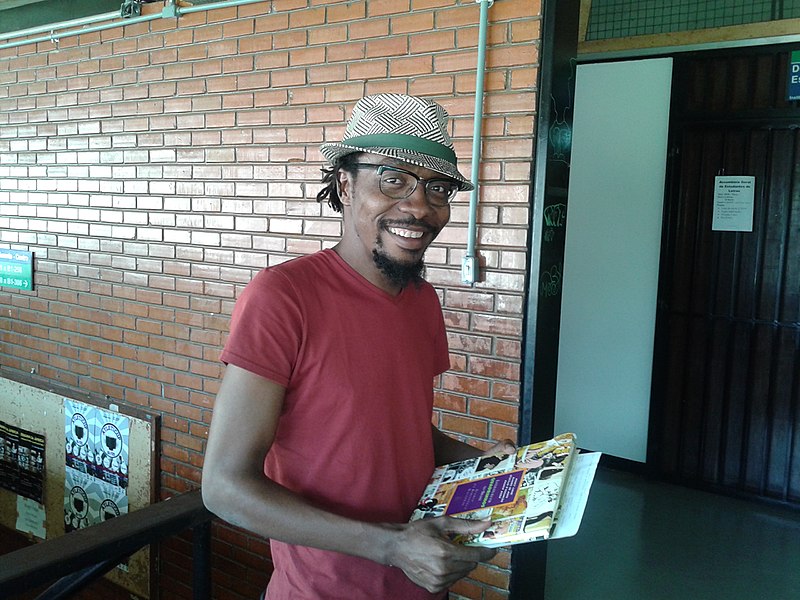 A court in Equatorial Guinea released Ramón Esono Ebalé, an artist whose work is often critical of the government. He had been imprisoned on dubious charges for nearly six months. A police officer had accused Ramón of counterfeiting money, but the officer admitted he made up the accusation on orders from his superiors. Equatorial Guinea’s government has a long record of persecuting its critics. 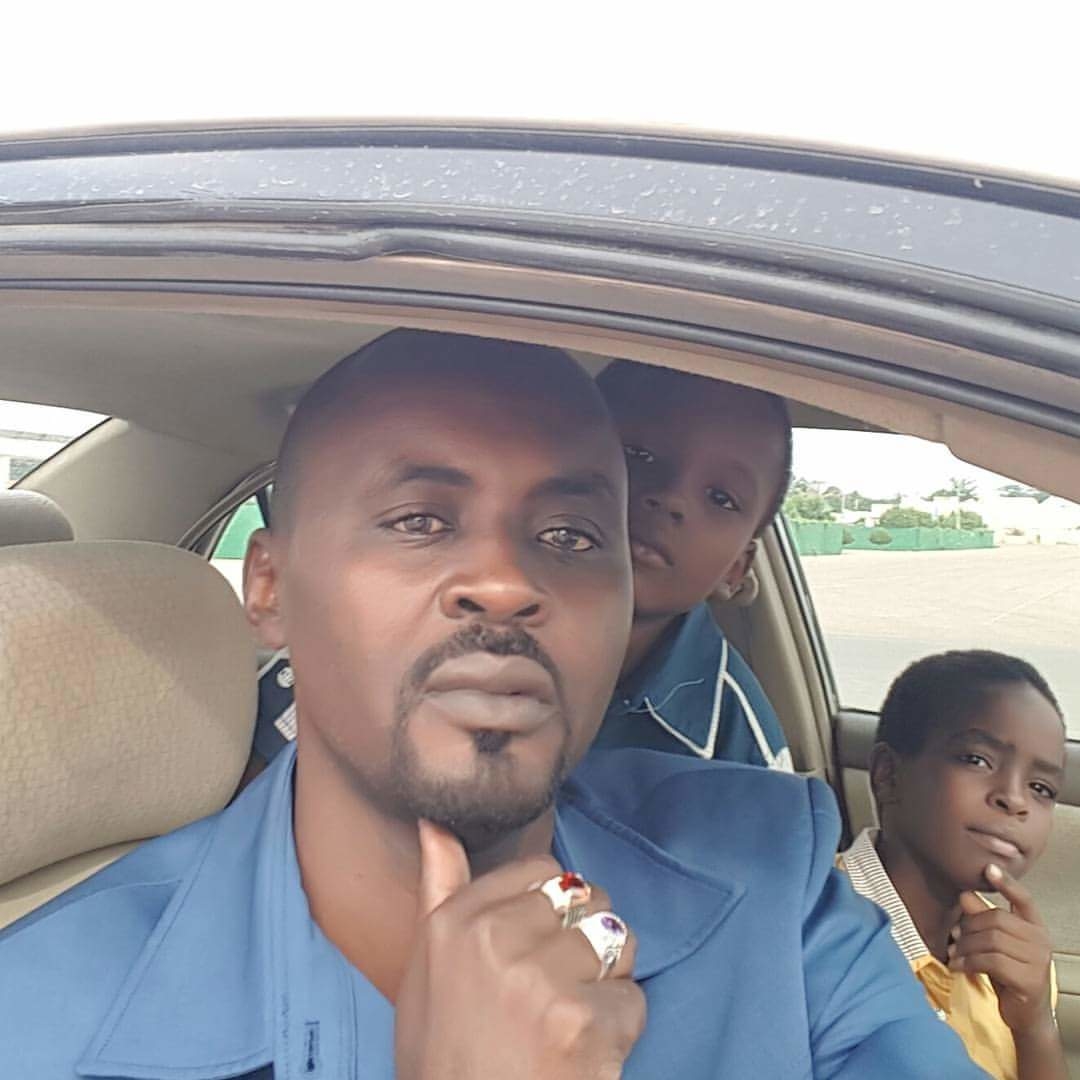 There was good news from Chad when activist Mahadine was reunited with his family after 18 months in prison. Mahadine was arrested and tortured after posting videos online criticizing the government. Amnesty supporters called on the Chadian government to release him. “I want to express my gratitude to you all. I appreciate you, I love you, I respect you! Humanity!” Mahadine said. 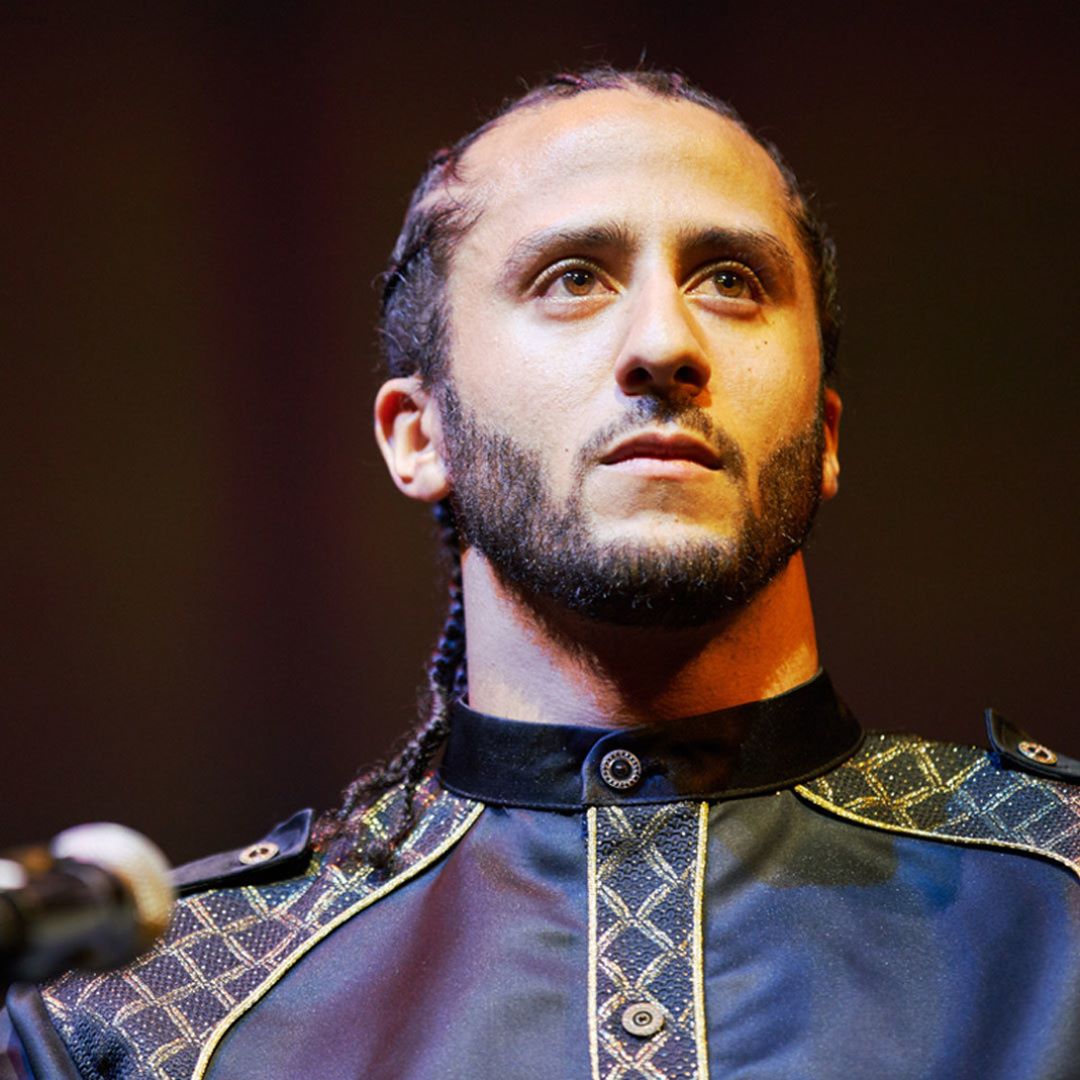 Amnesty International presented the 2018 Ambassador of Conscience Award to US football player Colin Kaepernick. When Kaepernick protested by kneeling during the US national anthem at a football game in 2016, he drew attention to the disproportionate number of black people being killed by police in his country. The image sparked a global debate about racism, discrimination and excessive use of force by police, not just in the USA. 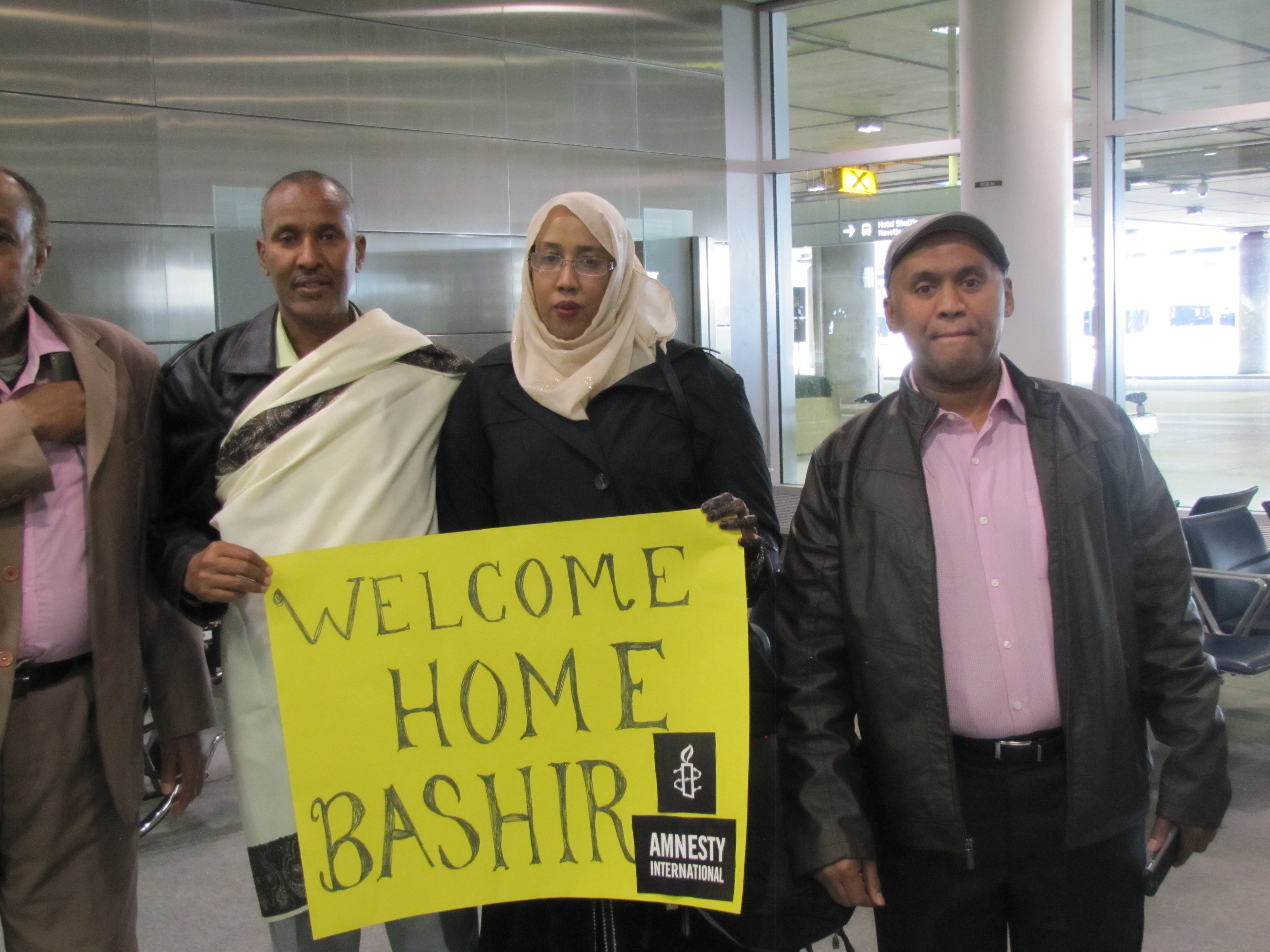 After 11 years of wrongful imprisonment in Ethiopia, Canadian citizen Bashir Makhtal finally returned home to Toronto. Bashir was in Somalia in 2006 when conflict broke out. He fled the fighting and sought refuge in Kenya, where he was illegally transferred to Ethiopia. After an unfair trial, Bashir was sentenced to life imprisonment. From the moment Bashir was arrested, his cousin Said Maktal led the campaign for his freedom—a campaign that was backed by Amnesty International supporters. 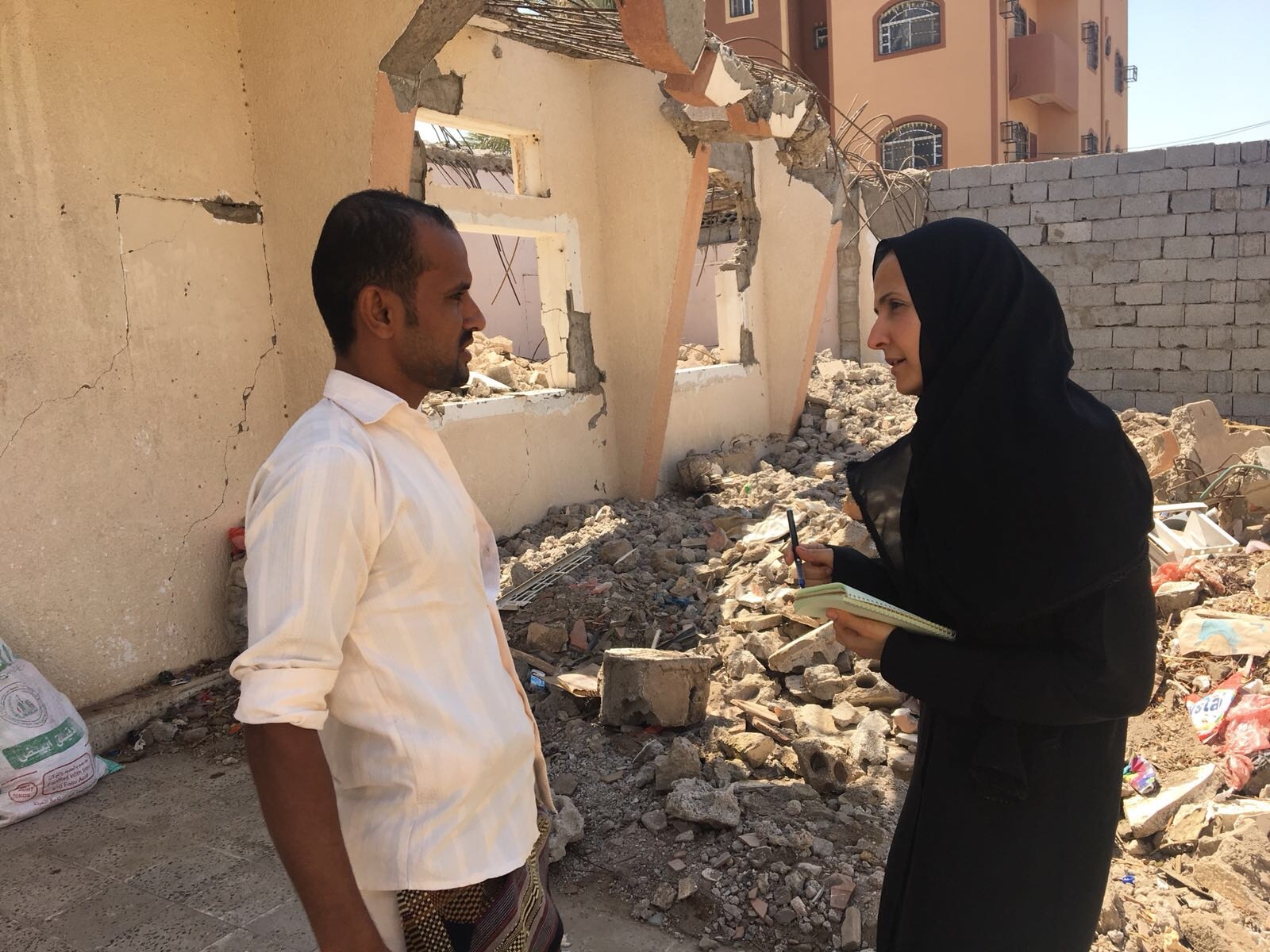 Rawya Rageh, Amnesty’s Senior Crisis Adviser, was in Yemen to investigate the ongoing conflict between the Saudi Arabia-led coalition and Huthi armed group. The UN estimates that over 2.3 million people have been forced to flee their homes because of the fighting and 14 million people are at risk of famine. 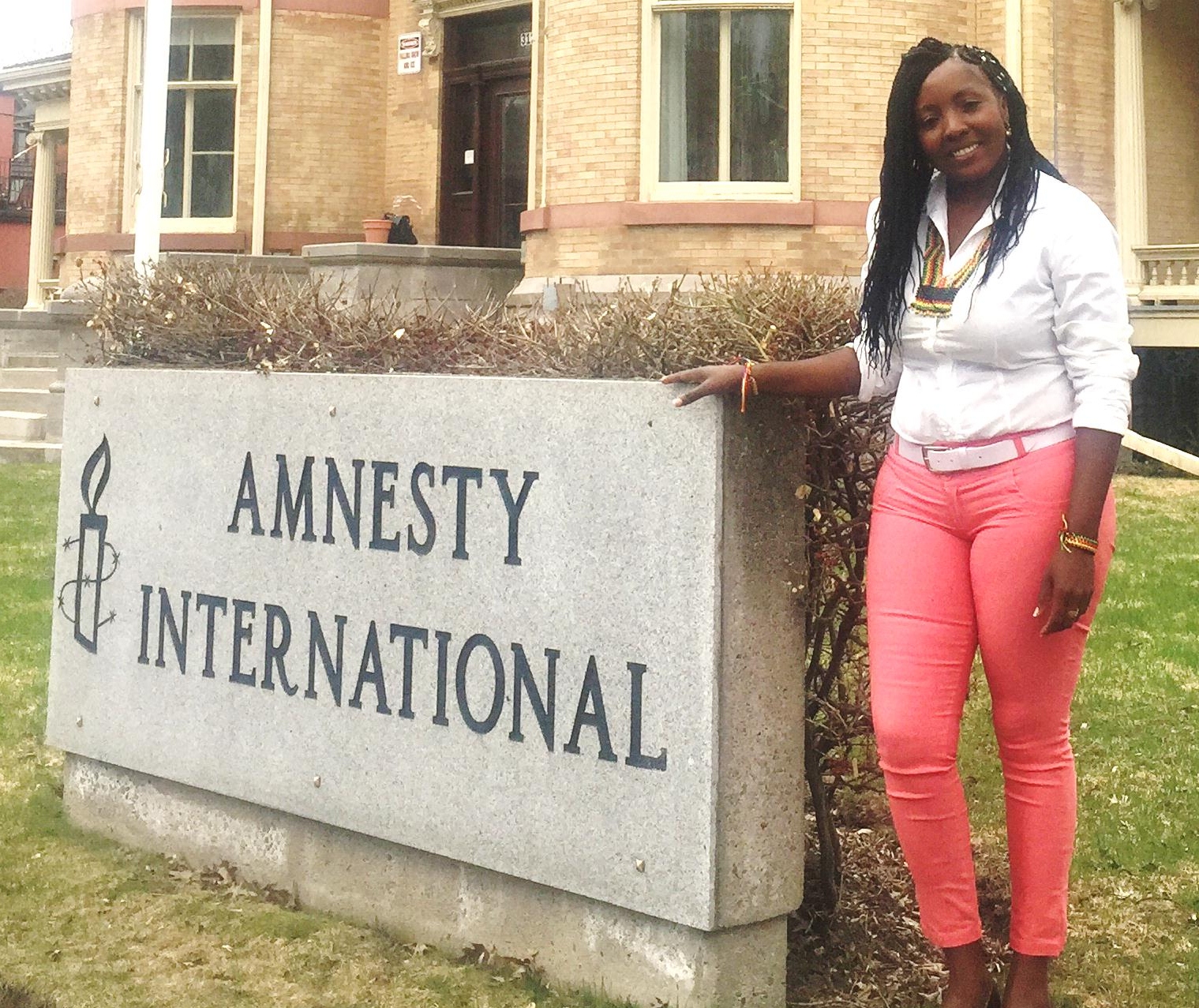 Amnesty International hosted a visit to Canada by Erlendy Cuero, a courageous human rights defender from Colombia. Erlendy is vice-president of the National Association of Displaced Afro-descendant Colombians. Three of Erlendy’s family members have been killed in the past two years and she has received death threats. Erlendy appealed for support from Canada for human rights defenders and the vulnerable people they seek to protect. 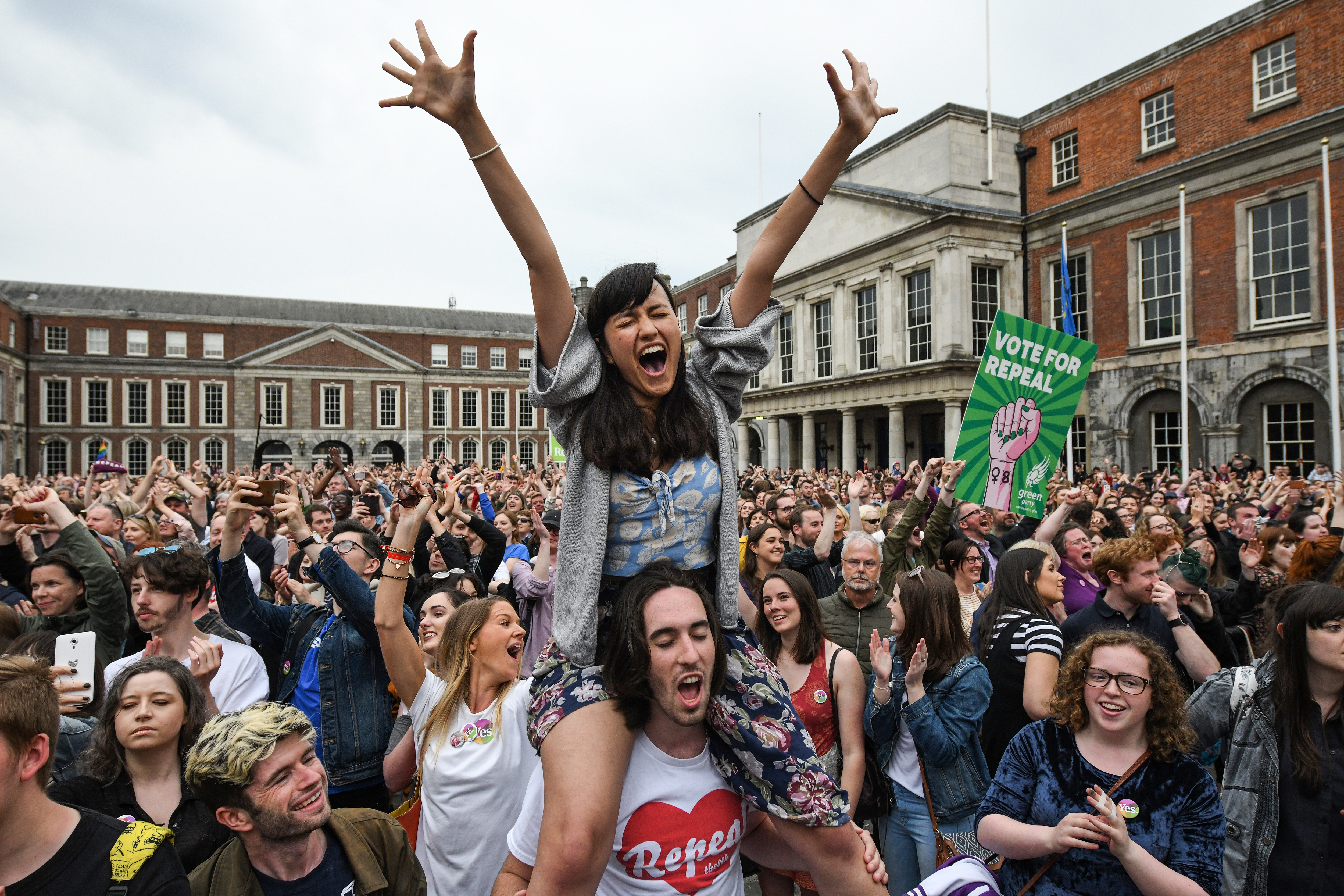 In Ireland, citizens voted by a landslide to overturn a near total ban on abortion. The vote came after decades of campaigning by activists and organizations including Amnesty International. 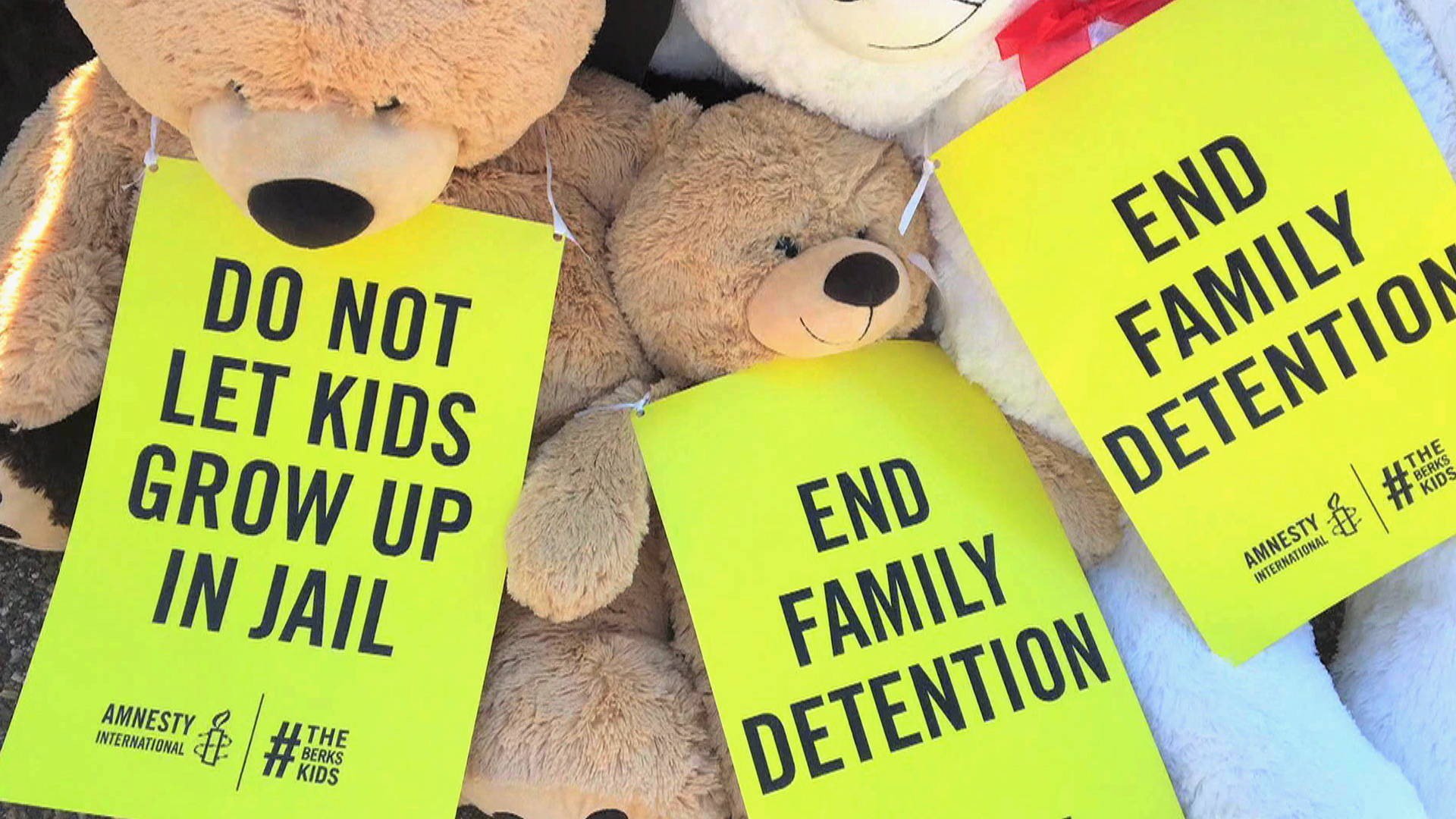 Amnesty supporters told the U.S. government to stop forcibly separating families at the U.S.-Mexico border and putting them into shelters—a violation of human rights. The families, who are often from Central America, are fleeing persecution and violence. Amnesty International documented the harm caused to asylum-seekers by the Trump administration’s policies. 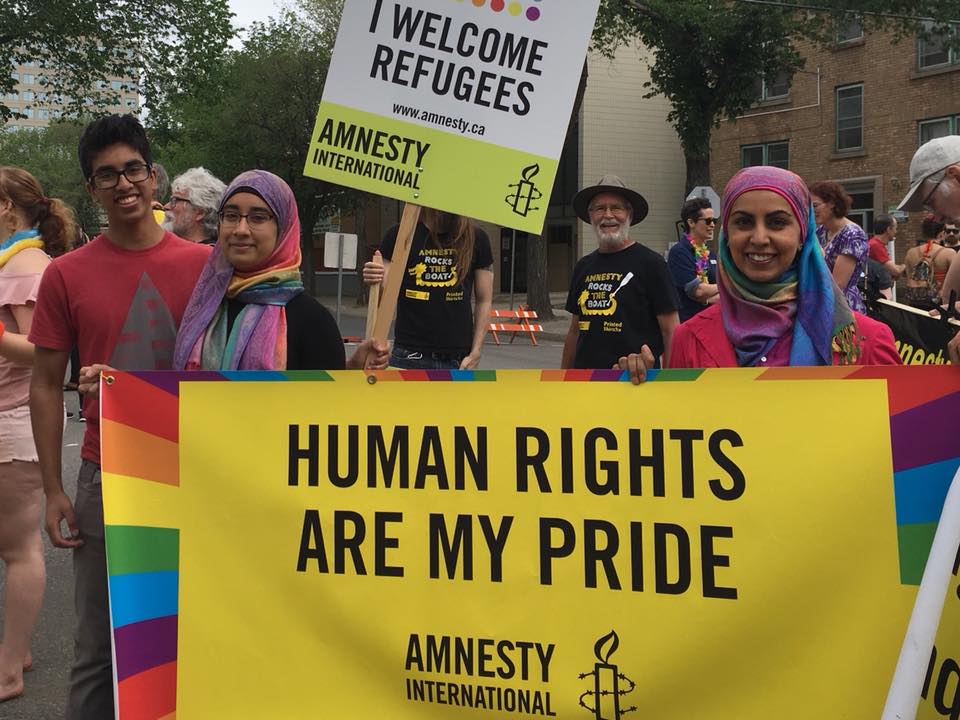 In Regina, Saskatchewan, Amnesty supporters marched in the Queen City Pride parade to show solidarity with lesbian, gay, bisexual, transgender, intersex, and two-spirit people in Canada and around the world 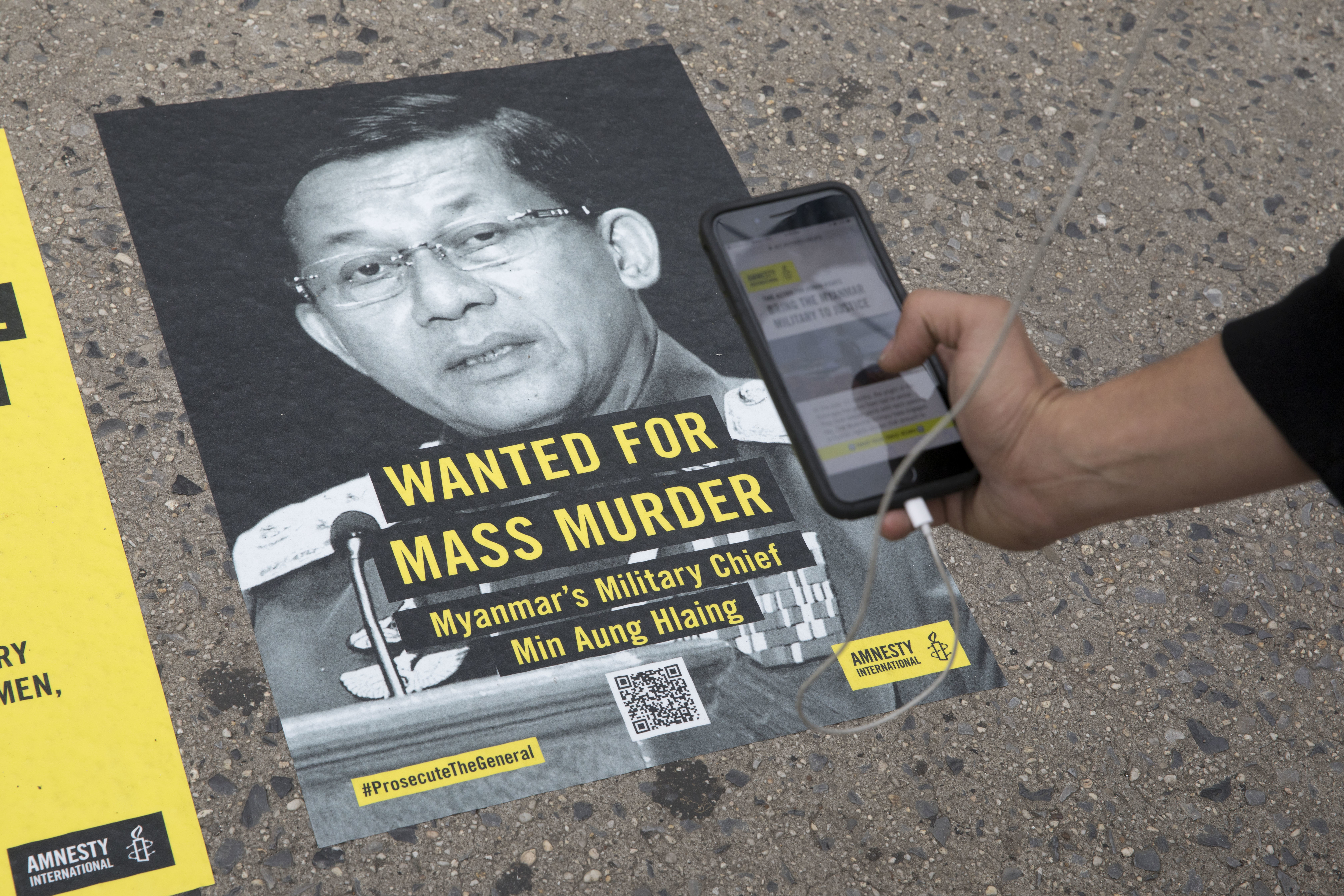 Amnesty International launched a landmark report on the crimes against humanity committed against the Rohingya population in Myanmar. The report identified the high-level officials and military and security units suspected of perpetrating the crimes. The European Union announced sanctions against seven security force officials—six of whom were on Amnesty’s list. 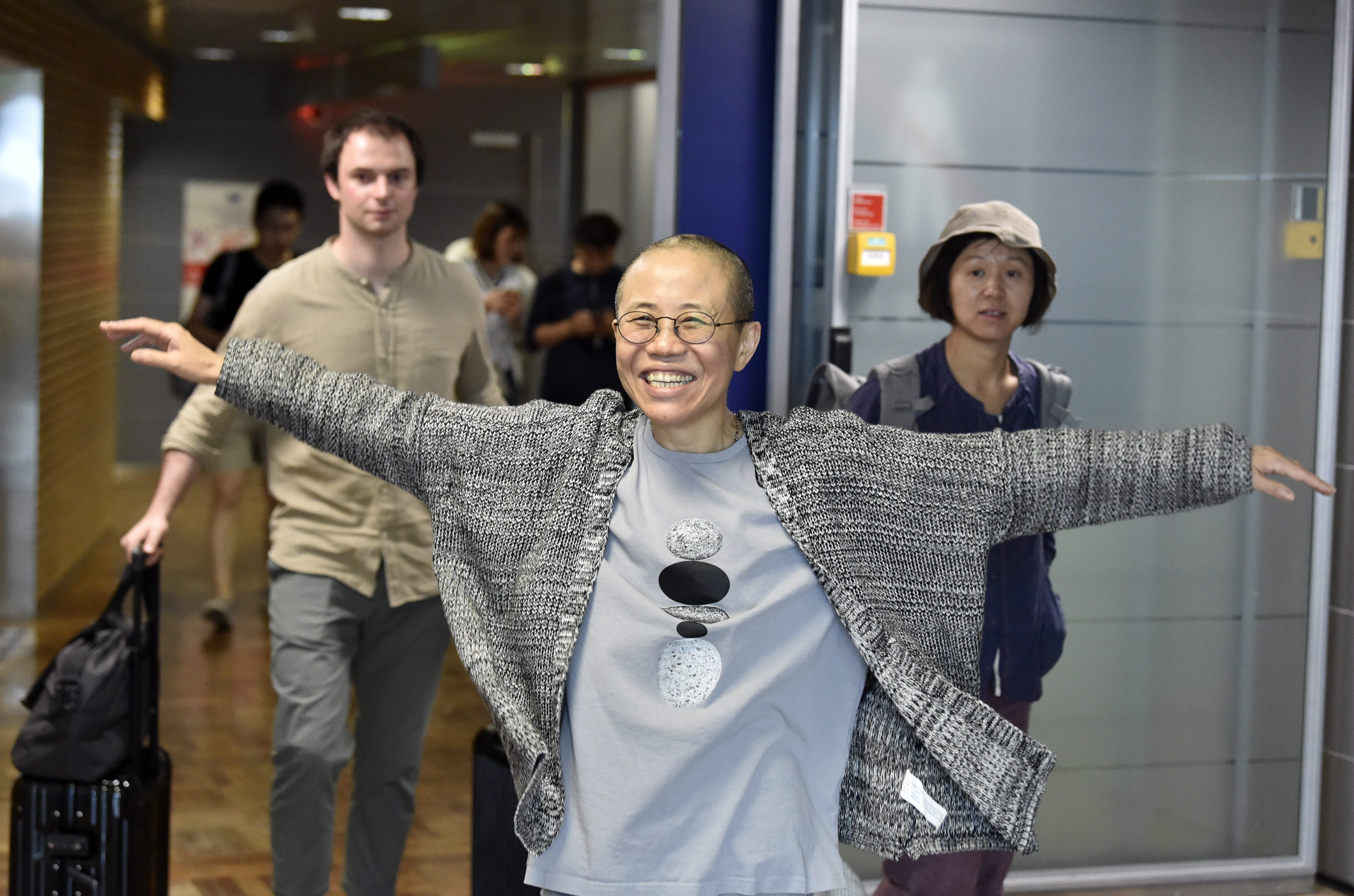 Painter, poet and photographer Liu Xia was freed after eight years of illegal house arrest in China. She is now making a new life for herself in Germany. Her release came after years of pressure on Beijing from human rights supporters around the world, including Amnesty members. Liu Xia’s husband was Liu Xiaobo, the Nobel laureate and wrongfully imprisoned activist who died in 2017. 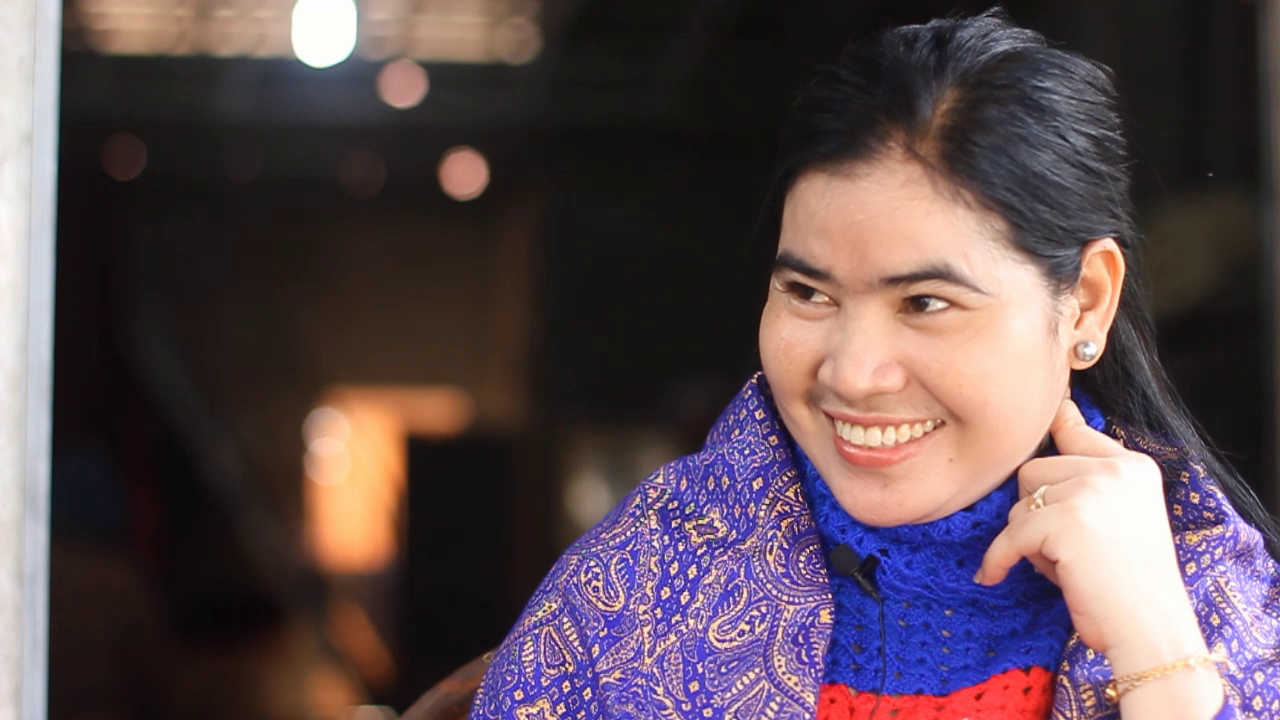 After more than two years in prison in Cambodia, land rights activist and prisoner of conscience Tep Vanny was freed. Tep Vanny was jailed for peacefully campaigning against a luxury tourist construction project that forced thousands of families from their homes. She has been harassed, beaten, and sent to prison on politically motivated charges. More than 200,000 people around the world called for Tep Vanny’s release. 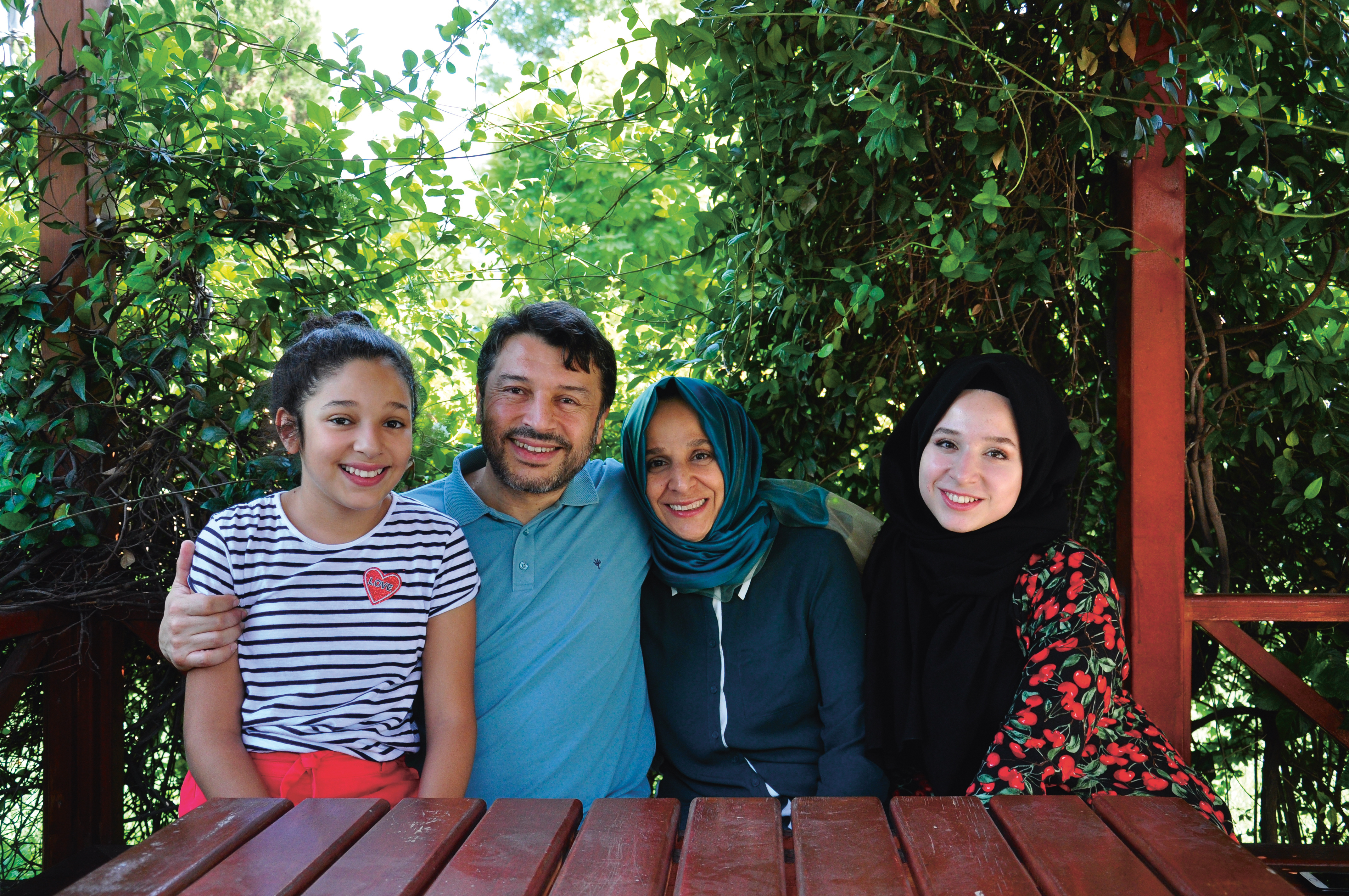 “I want to thank everyone… Amnesty members, activists and supporters,” said Taner Kılıç after he was freed in Turkey following 14 months in jail on bogus charges of “membership of a terrorist organization”. The Honorary Chair of Amnesty Turkey was released after relentless campaigning by Amnesty supporters around the world, including in Canada. 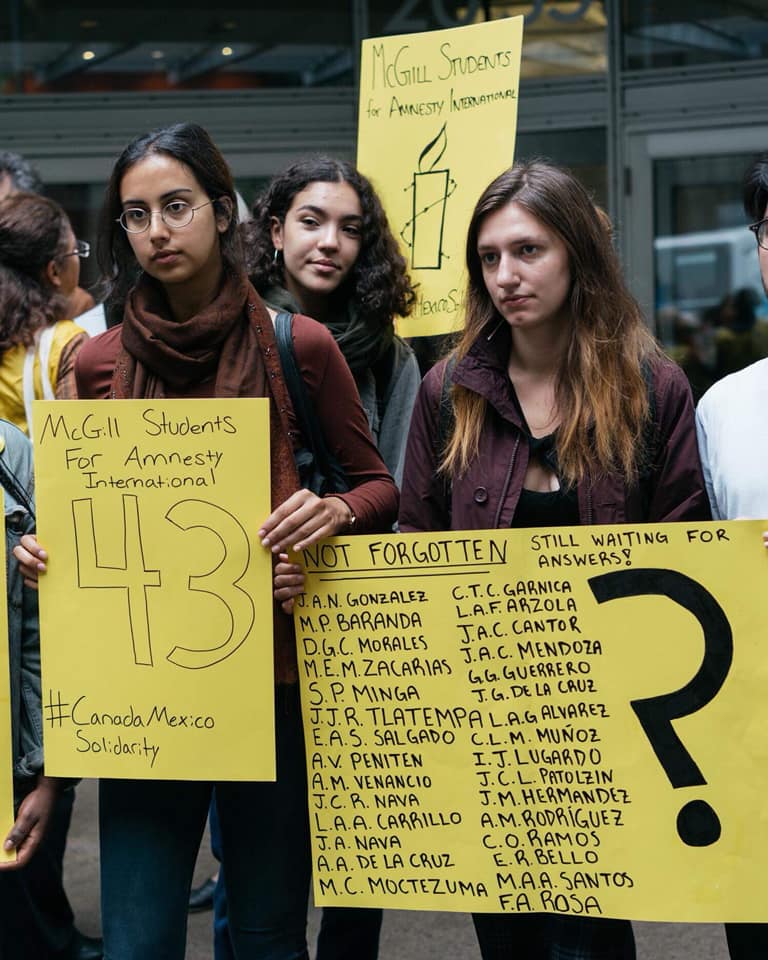 In September, students of McGill University’s Amnesty group in Montreal took action in solidarity with 43 students who were forcibly disappeared by police in Mexico in September 2014. After four years of botched investigation and cover-up, Amnesty Canada supporters across the country called for the creation of a new investigative commission ordered by a federal court but blocked by the government of President Peña Nieto. Our activism helped bear fruit in December when new President López Obrador took office and immediately announced a truth commission for the 43 students. 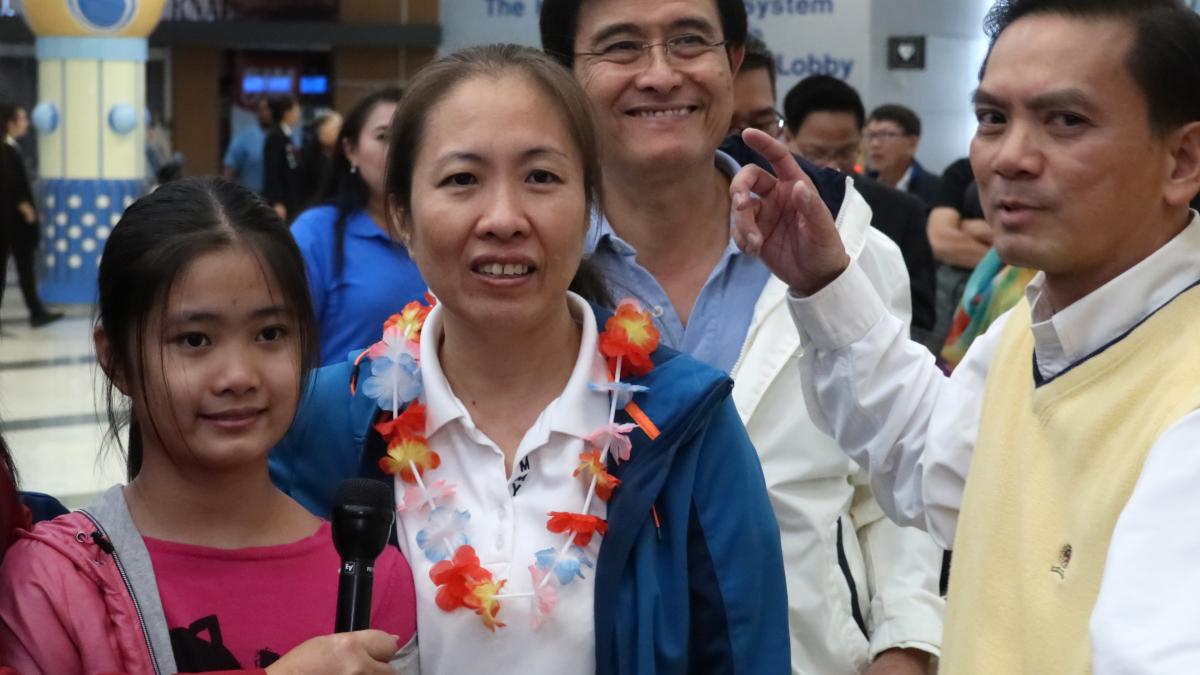 Released from prison in Viet Nam on October 17, blogger Nguyen Ngoc Nhu Quynh (who writes under the penname “Mother Mushroom") arrived the same day in Houston, Texas, with her two young children and elderly mother. She was originally sentenced to 10 years in jail for criticizing the government online. “Thank you especially to Amnesty and the other organizations!” said the former prisoner of conscience. 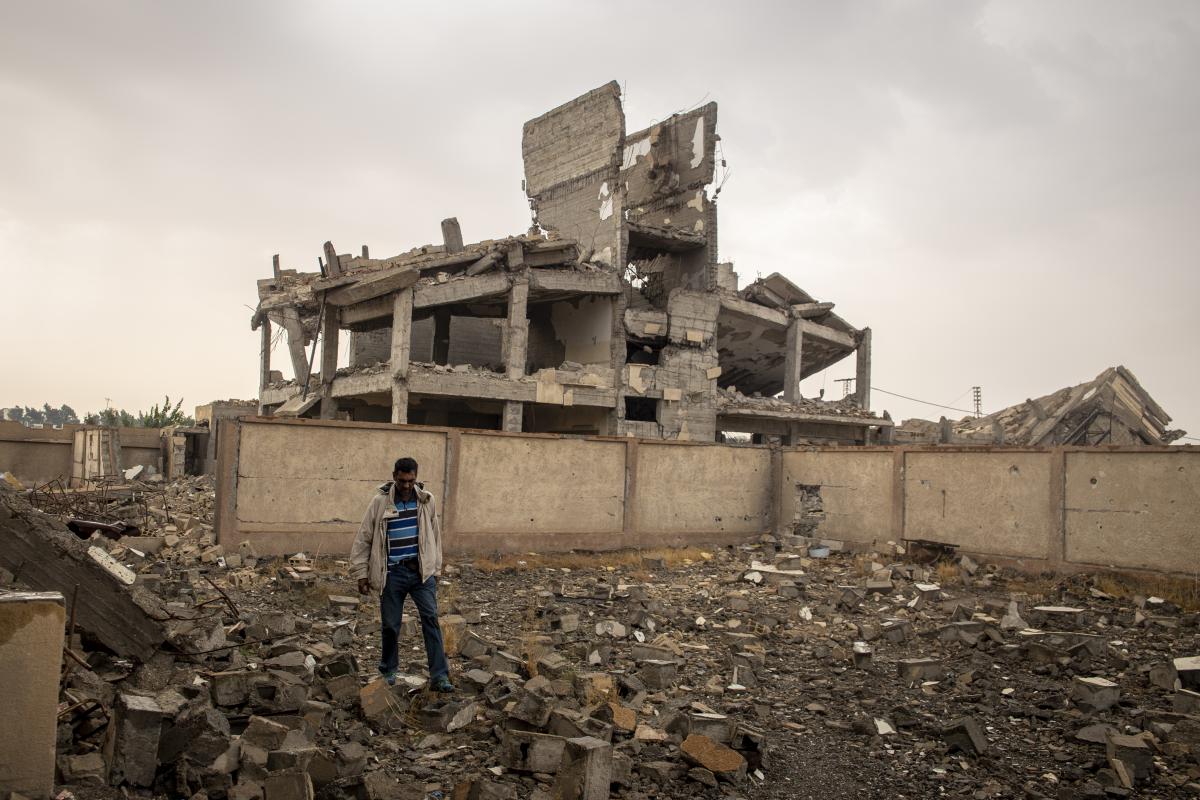 Kumi Naidoo, the global head of Amnesty International, was in Syria in October. In the city of Raqqa, Kumi witnessed the destruction caused by the US-led coalition’s bombardment during a four-month battle in 2017. “It is hard to convey how grim and ghostly parts of the city are,” Kumi said. Amnesty researchers have documented how Islamic State fighters committed war crimes against Raqqa’s civilians, and how US-led Coalition attacks violated international law by causing excessive civilian harm. 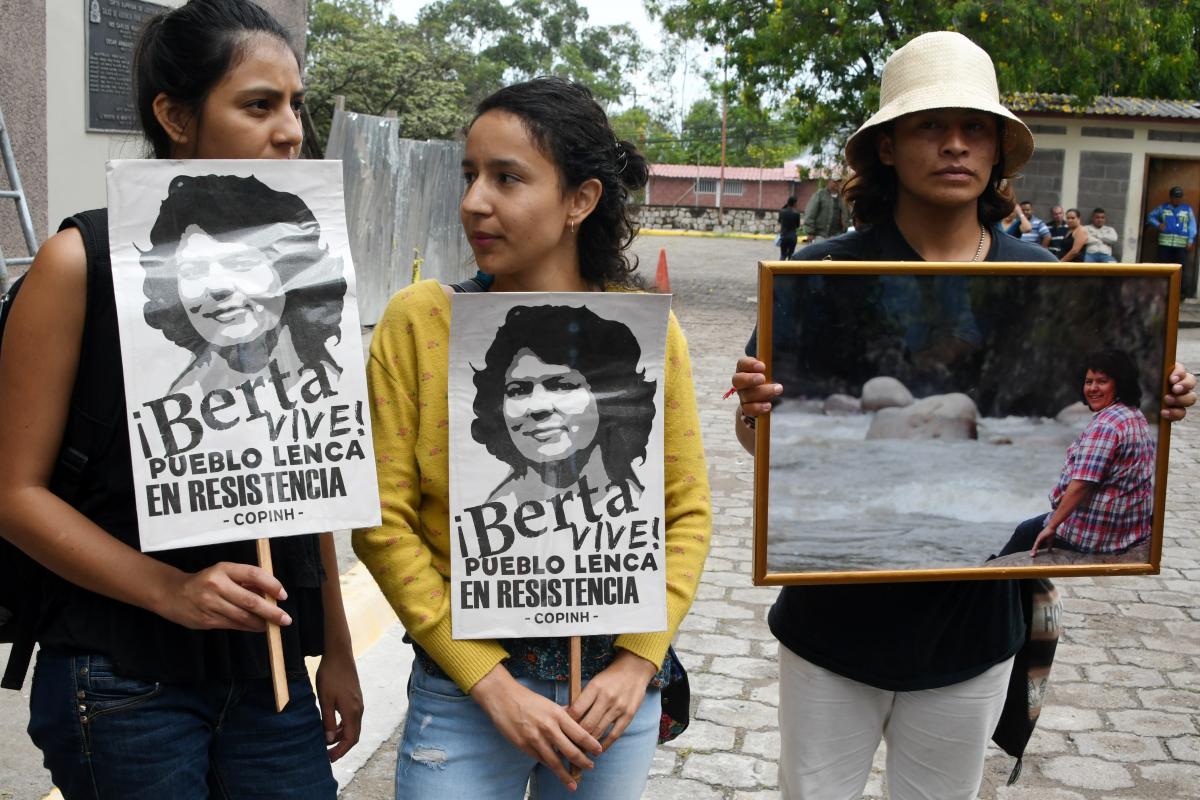 In Honduras, seven men were convicted for the murder of renowned Indigenous human rights defender Berta Cáceres. They include a manager of the company building a dam that Berta had campaigned to stop. The verdict would not have been possible without all the international pressure. But it is only half the truth. Berta’s family and the organization she led have denounced suppression of evidence that would enable identification and prosecution of the masterminds behind the assassination. Pictured are Berta’s daughters protesting violations by justice officials. 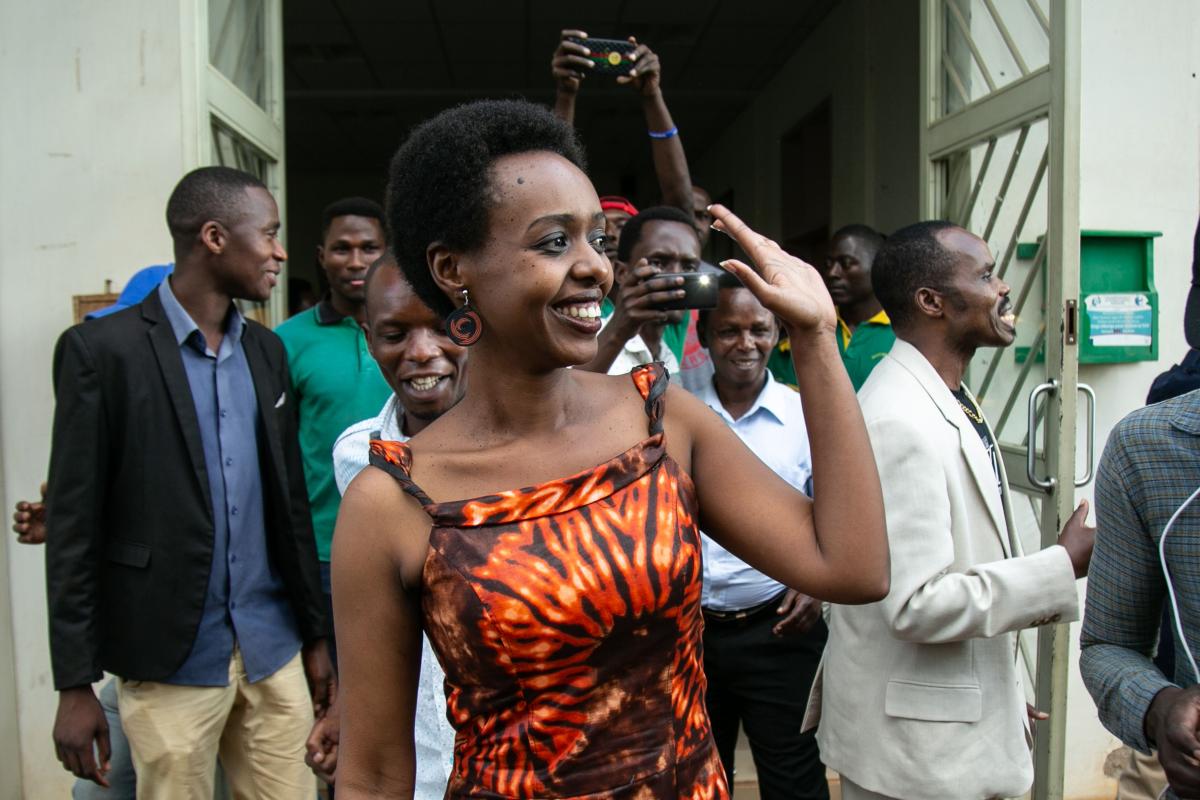 Diane Rwigara celebrated victory when a court in Rwanda acquitted her on December 6. Diane and her mother, Adeline, were arrested in September 2017 after Diane tried to stand as a candidate in Rwanda’s 2017 presidential election. After criticizing the government, Diane was falsely accused of insurrection and forging election documents. Amnesty supporters defended her right to free expression and called for her release. 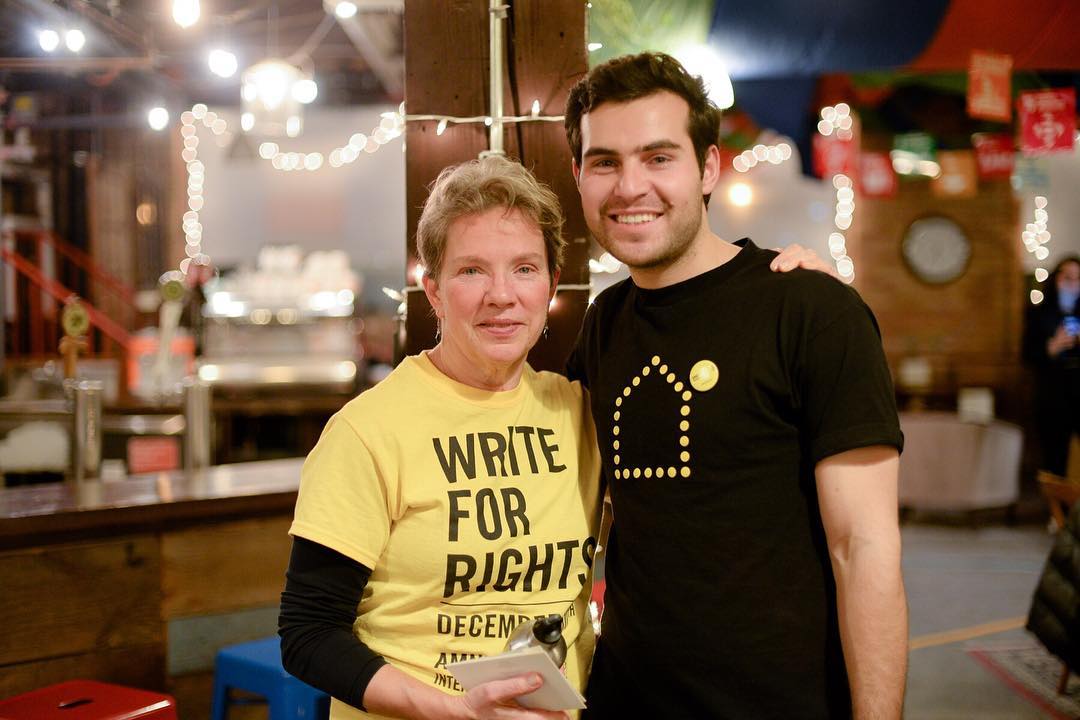