Aasia Bibi, who experienced discrimination in Pakistan, has relocated to Canada. Merzoug Touati from Algeria is free! Members of the Urgent Action Network in Toronto participated in an action for World Press Freedom Day, and more... 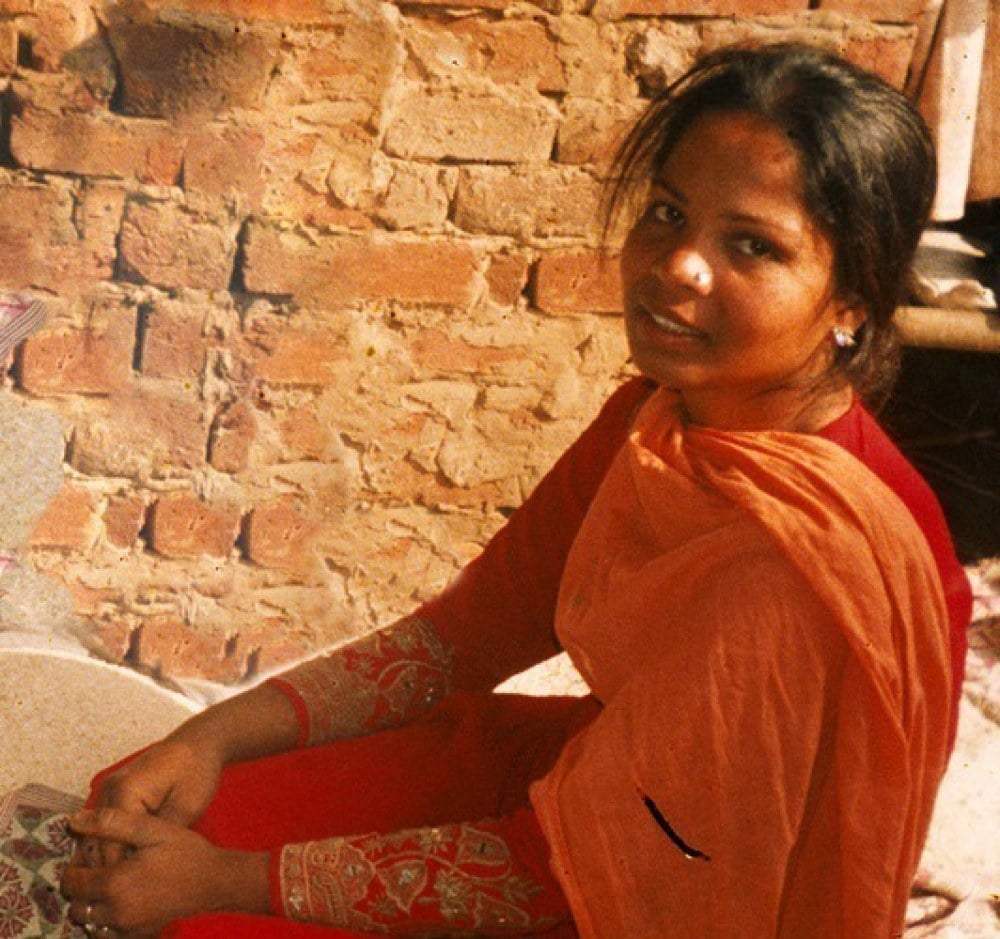 The city of Ottawa has a new resident: Aasia Bibi. The Christian woman was employed as a farm worker in Pakistan. One day she offered a fellow farm worker some water. The worker replied that it was “unclean” because Aasia is not a Muslim. Aasia was accused of insulting the Prophet Muhammad and received a death sentence for blasphemy. Her case went to Pakistan’s Supreme Court. On October 31, 2018, the Court acquitted her. She lived in protective custody until Canada granted her asylum. She arrived in Canada on May 8. 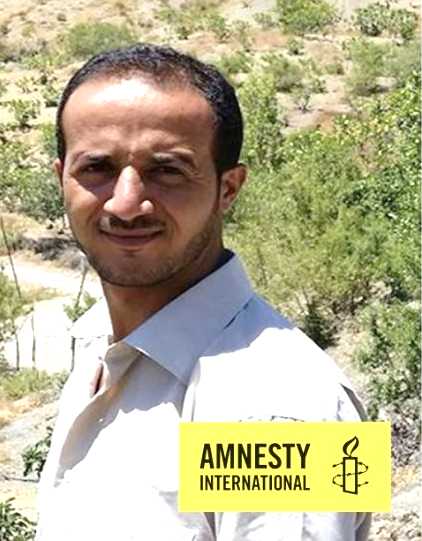 Urgent Action writers were happy to learn that Merzoug Touati is free. The Algerian blogger and prisoner of conscience should never have been detained in January 2017 after publishing a post on Facebook. He should never have been sentenced to seven years behind bars. Mercifully, he served just two before he was released. Amnesty International believes that the pressure we added to the efforts of other organizations was crucial to achieving this result 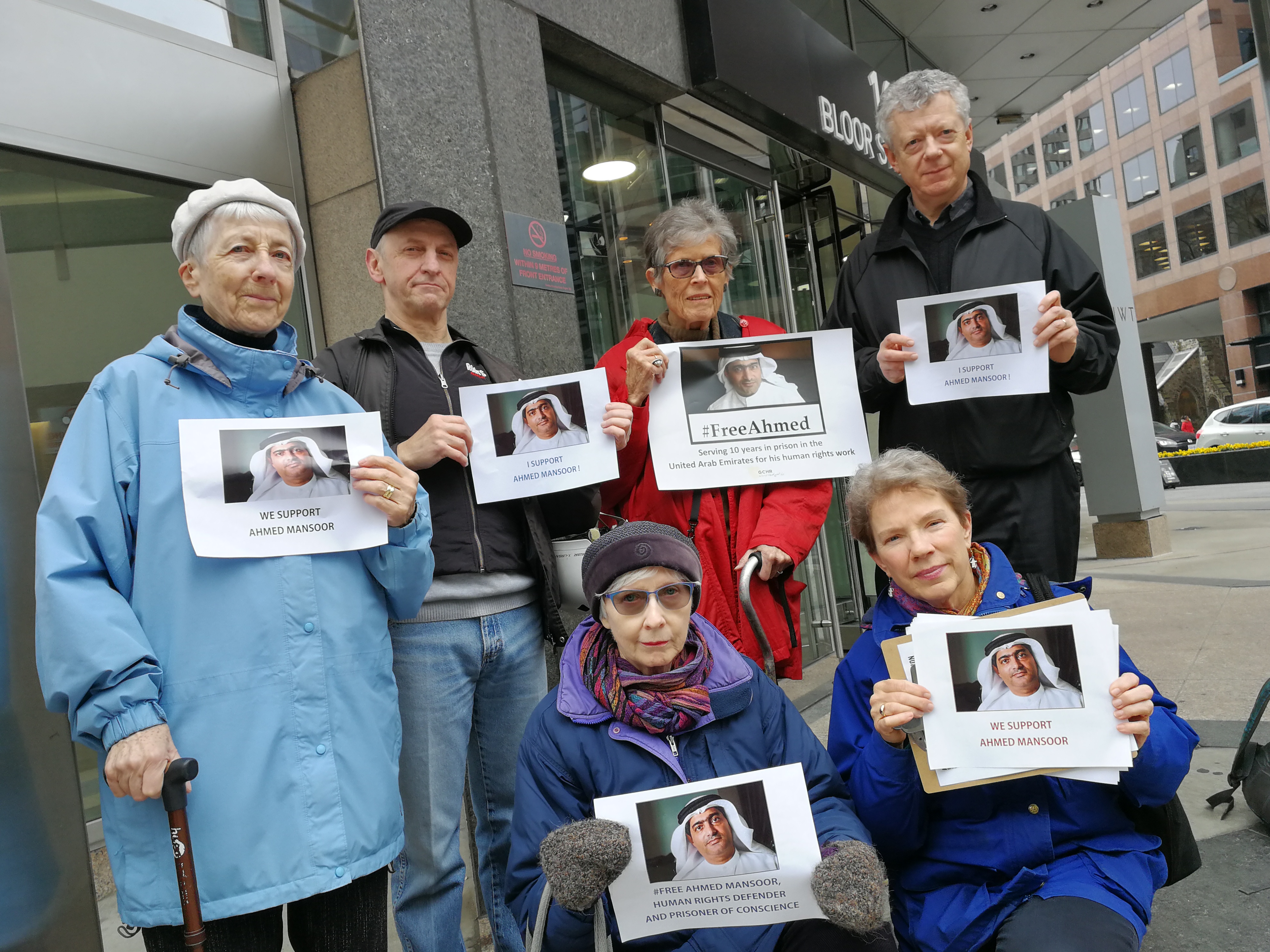 On May 3, members of the Urgent Action Network in Toronto joined the Gulf Centre for Human Rights, International Freedom of Expression Exchange and Citizen Lab to mark World Press Freedom Day at the United Arab Emirates consulate on Bloor Street. The rally drew the attention of consulate staff to the continued and unjustifiable detention in the United Arab Emirates of Ahmed Mansoor. The prominent human rights defender and blogger was well into a hunger strike in protest at his unfair trial and his conditions of detention which include lack of access to water, a bed and family visits. Hours later, rally participants welcome rumours that Ahmed had ended his hunger strike. Now for a bed! 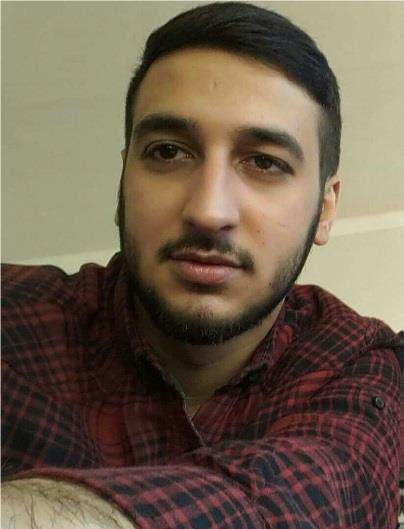 Did you participate in Write for Rights 2016? If so, you may remember Bayram Mammadov. He is one of two students who dared to criticize Azerbaijan's former president in the most public way they could -- by painting a defiant message on his statue and doing it on the eve of his birthday. For that graffiti, they both received sentenes of 10 years in prison. Well, he served more than three years but, for the Nowruz new year holiday, a presidential pardon secured his early release on March 16, 2019. Barely two weeks later, he was back in prison on new, fabricated charges, held at high risk of ill-treatment, and sentenced to 30 days in administrative detention. Amnesty International issued UA 47/19 to support him. The international attention may well have ensured his physical safety during that month and prevented the possible extension of his term which is common practice in Azerbaijan. Bayram was released on April 29 April. 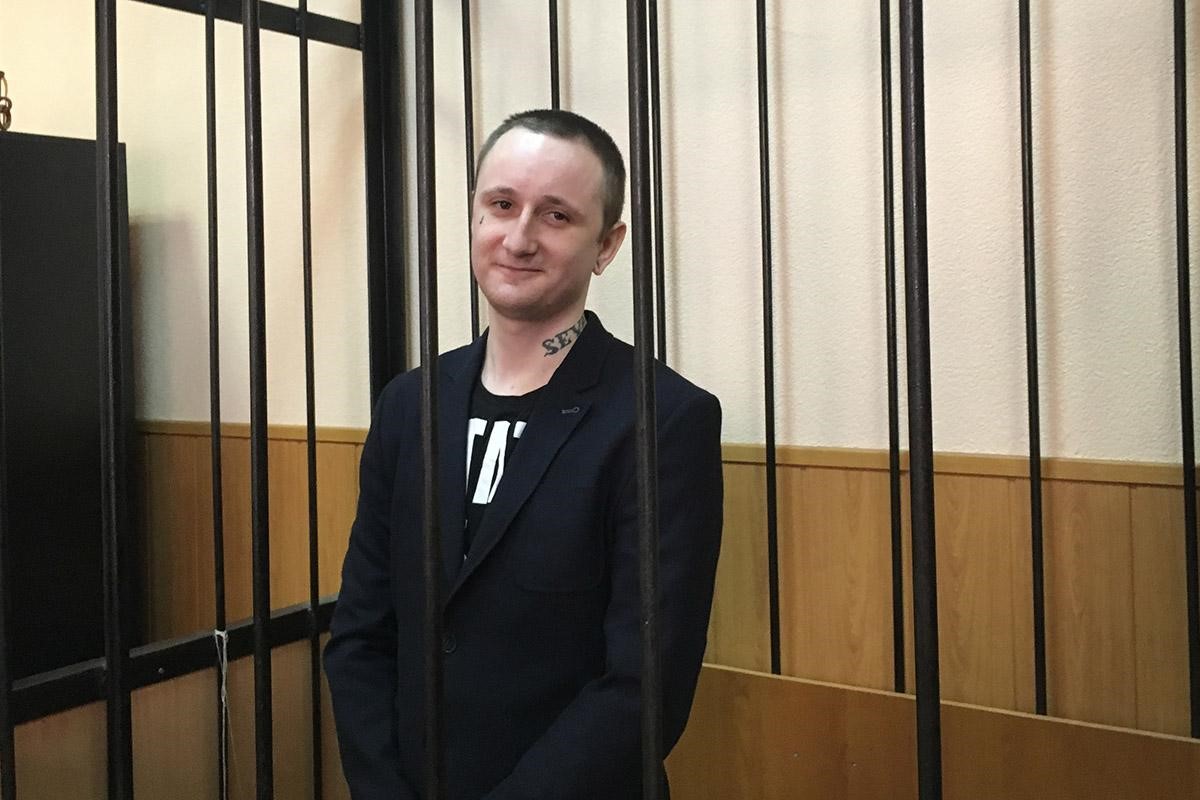 For protesting peacefully, Mikhail Tsakunov should have never been arrested in Russia’s port city of St Petersburg on May 5, 2018. He should never have been imprisoned while he waits for his trial and potential sentence of five years behind bars. Happily, authorities released him on April 26 although they slapped restrictions on travel and the criminal proceedings continue so he remains at risk of conviction.

A peaceful rally to oppose Vladimir Putin’s re-election as president was the scene of Mikhail’s arrest. He was accused of hitting a police officer in the face and knocking out a tooth. But video footage of the arrest and additional available evidence contradicted the riot police’s claims. This material confirmed that Mikhail Tsakunov was a prisoner of conscience, prosecuted solely for peacefully exercising his rights to freedom of expression and assembly.

Amnesty International believes that the publi campaign on Mikhail's case, which included appeals from Urgent Action participants in Canada, contributed to ensuring his early release.