Join Amnesty International supporters around the world on International Human Rights Day for our global campaign Write for Rights, and protect Indigenous rights in the Peace River valley!

The proposed $8 billion plus Site C hydroelectric dam would flood more than 80 km of the river valley, stretching west from Fort St. John. The severe impact on Indigenous peoples is beyond dispute. A joint federal-province environmental impact assessment concluded that the dam would “severely undermine” use of the land, would make fishing unsafe for at least a generation, and would submerge burial grounds and other crucial cultural and historical sites.

Here are some ways you can stand with Indigenous peoples of the Peace River valley against the Site C dam:

1. Send a solidarity message or photograph

Dramatize the impact of the Site C dam, and build empathy for the Indigenous peoples of the Peace Valley, by asking the question, what would it be like if our own homes, historic sites, and cultural icons were threatened with destruction. Local residents have posted signs up and down the valley to show how much land will be lost if the dam is completed.

Download this PDF to create your “flood level sign” and take photos in front of appropriate landmarks such as museums, cultural centers, farm fields – anything that can be used to symbolize history, culture, identity and subsistence. Then share your pictures on Twitter or Instagram with the hashtags #WithThePeaceRiver and #NoSiteC and text such as:

Your solidarity message with then appear on our solidary page: amnesty.ca/withthepeaceriver. 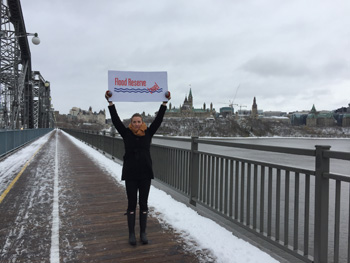 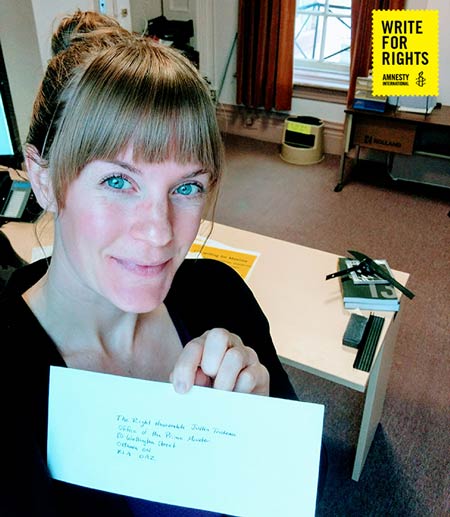 3. Give a Virtual Reality tour of the Peace River valley

Explore wrap-around panoramic photos and 360 videos which capture the view of standing on the shore by the Peace River.

For viewing with Google Cardboard or Samsung Gear VR: Watch on Youtube or download to your phone.

5. Send our ‘Keep the Promise” postcards to PM Trudeau 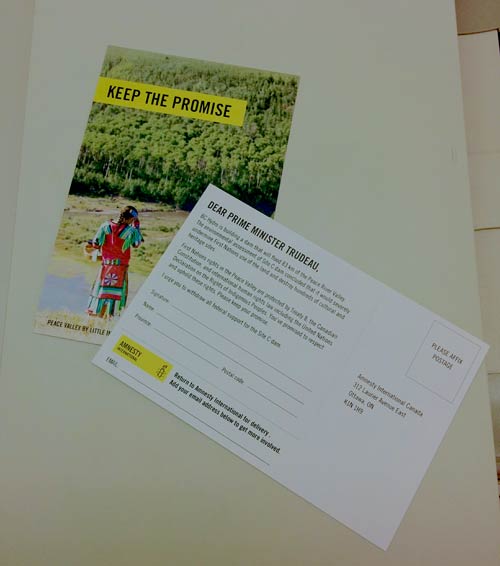 6. Buy a stake in the future of the Peace River Valley 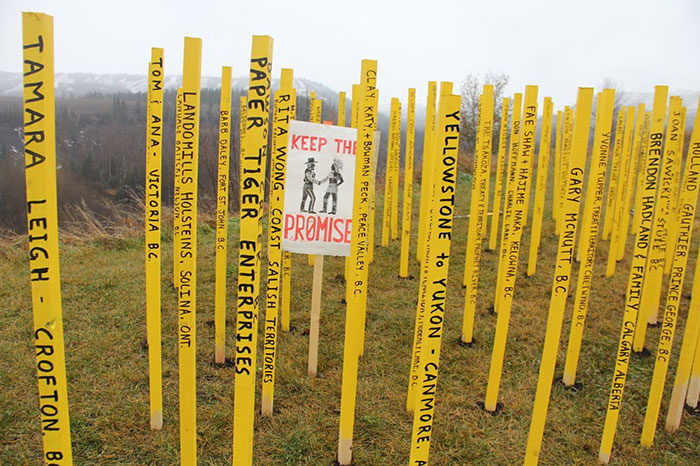 Help support the First Nations legal battle against the Site C dam by buying a yellow stake with your name on it. Your stake will be planted on the third generation Boon family farm that is at risk of expropriation as construction of the Site C dam proceeds. Money raised through this initiative will support the ongoing court challenge launched by the West Moberly and Prophet River First Nations. Buy a stake in the future of the Peave River Valley here.