Jailed in El Salvador after losing their pregnancies

Teodora shares a cell with 70 other women. For María Teresa, it is 250. Cramped together like this, the women often have to sleep on the floor under the building’s hot tin roofs.

This is Ilopango prison on the outskirts of San Salvador, capital of El Salvador. I’m here with my Amnesty colleagues, and our local partners, to visit Teodora del Carmen Vásquez and others from “Las 17”, a group of Salvadoran women who are in prison after suffering pregnancy-related complications.

The women speak to us in an outdoor area just beyond the prison patio– the only place we are allowed to enter. The heat is intense and the mosquitos swarm, but at least we can catch the breeze outside. Inside, as Teodora and María Teresa tell us, it’s a different story: severe overcrowding, intense heat and strict rules that are both impractical and cruel. And yet you wouldn’t know it from the building’s fairly nondescript exterior. 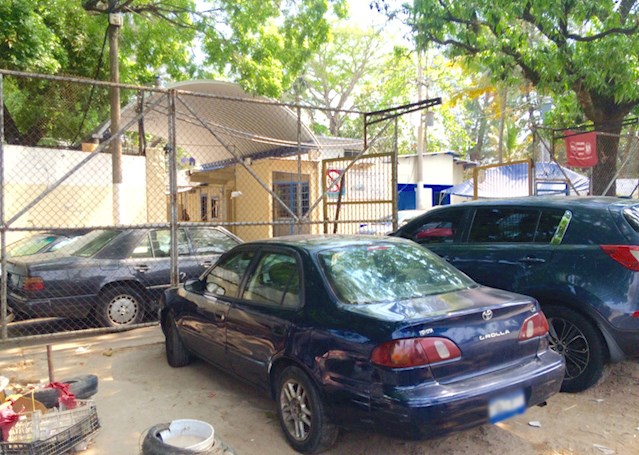 Outside Ilopongo prison - the only women’s prison in El Salvador. © Amnesty International

Teodora has been imprisoned since 2007 after she suffered a stillbirth. She was later charged with “aggravated homicide”, accused of having had an abortion which is banned in El Salvador. Coming from a poor, rural family, she could not afford a good lawyer. She was sentenced to 30 years in prison.

María Teresa Rivera is serving a 40-year sentence for the same charge after having a miscarriage. Both women have young sons who have only seen their mothers a handful of times in the intervening years.

Teodora’s parents, María Elena and Juan, have not been able to visit their daughter since June 2015. Their home is nowhere near the prison, and the personal and economic burden of leaving their family behind to travel to the prison is very high. Added to this is the convoluted paperwork that family members must complete just to request a visit with their daughters. 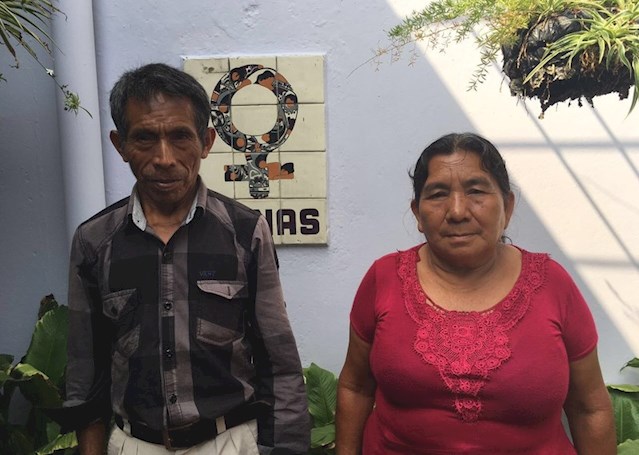 Teodora and the other women depend on their visitors bringing these supplies since it’s the only way they can get them. María Teresa relies on the kindness of other inmates to share things like shampoo, toilet paper, and tampons because her son is too young to visit her alone and she has no other immediate family members. She tells us that she feels lucky to count some of these women as her friends.

It suddenly occurs to me that until her son comes of age, María Teresa will have no visitors except for people like us. As we speak she cries and my colleague hands her the only thing the authorities did not confiscate – a crumpled tissue from her back pocket. Rather than use it to wipe her eyes, María Teresa carefully smooths the paper out on her knee and keeps it. Everything here is something to be treasured and saved, even an old crumpled tissue.

Later that afternoon we meet Teodora’s older sister, Cecilia, and her father Juan. Father of 11 children, Juan is calm and composed, even as he expresses his grief. “I feel very sad because there is nothing [I can] do to get her out,” he says. “What we want is for her to be free. It is the biggest wish that we have. That they tell us one day that they are going to free her.”

Teodora had always supported her family financially, but the family’s loss goes much further than just this. As Cecilia, who has regularly visited her sister in prison for the past eight years, explains: “It’s not just my sister who is being punished, but the whole family. All of us. Because the heart [of our family] is not free.”

Now 12 years old, Teodora’s son Ángel feels her absence keenly. Whenever his aunt or grandparents return from visiting Teodora, his first question is always: “When is my mom going to get out?” 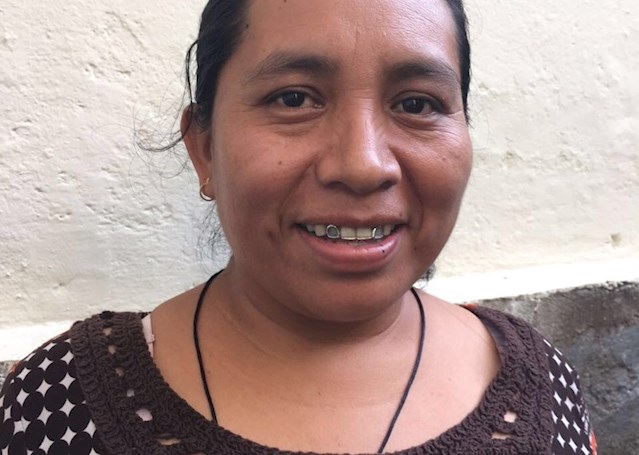 A thank you message

Despite not being able to see their daughter on the day we visit her, the prison authorities allow María Elena and Juan to visit a few days later.

“The happiness I feel today is knowing that Teodora will be with us very soon,” María Elena tells us on the day. “And I thank Amnesty because you are fighting for her... and this process will continue until she gets out of there. And this motivates me, it motivates me with great joy in my own heart, and I thank you in the name of God.”

Teodora is positive about the future. She tells us she is healthy and well, and has been taking classes inside the prison so that she can continue studying when she is released. She hopes to one day go to university and get a job. But her biggest wish for the future is simple: to be reunited with her son and loved ones. 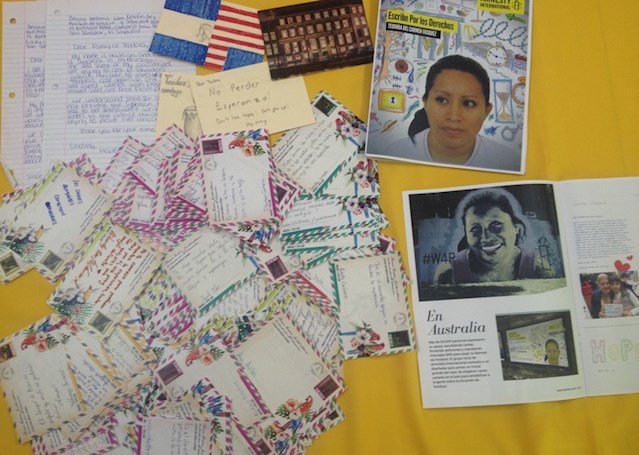 Solidarity letters for Teodora from Amnesty activists. Teodora was not allowed to receive them, so we sent them to her sister Cecilia. © Amnesty International

Learn more at Amnesty's My Body My Rights campaign page