The many ways YOU celebrated International Women's Day

What do dance, apps, films, standing on a bridge, and a feminist New Year's celebration have in common?

On International Women's Day, they were some of the many ways that Amnesty International activists across Canada celebrated achievements in the global struggle for gender equality and took actions to help create a more just and equal world. 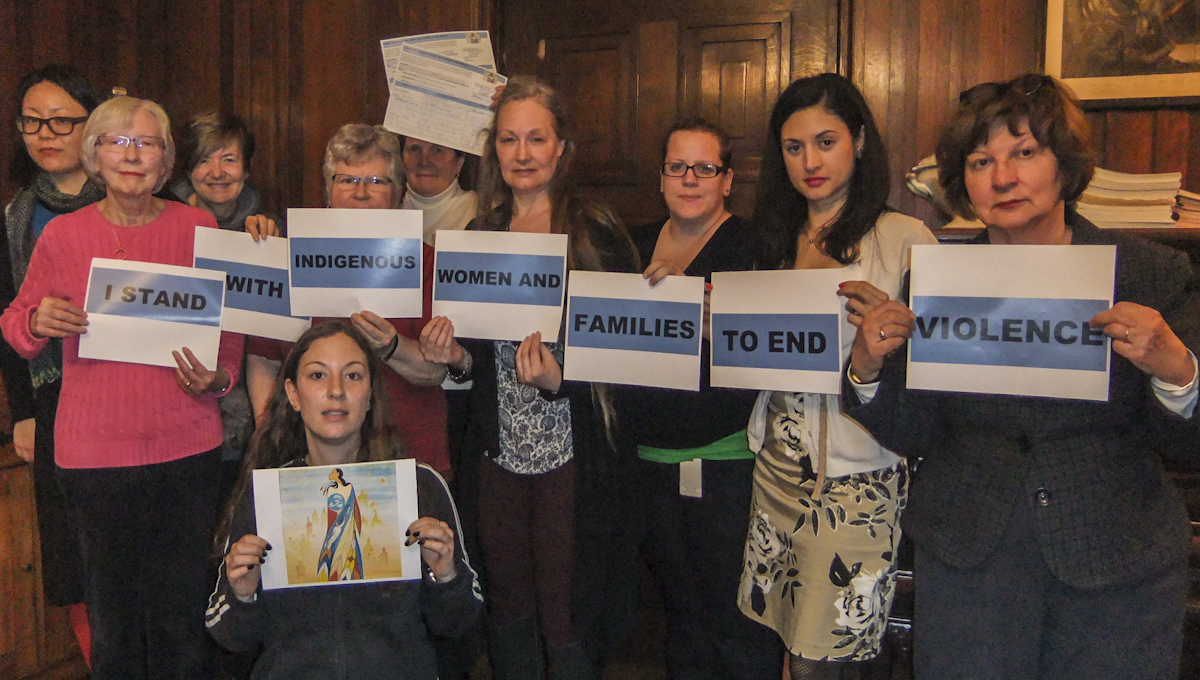 Preventing violence against women — is there an app for that?

About 40 people met in Vancouver at an event co-hosted by Amnesty International to explore how technology is being developed and deployed to track and prevent violence against women and girls. Panelists from HarassMap, the First Nations Technology Council, and Sexual Health Innovations discussed these and other tech responses to increasing levels of violence and discrimination against women and girls on campuses and in the community.

HarassMap is a project that works to engage all of Egyptian society to create an environment that does not tolerate sexual harrassment, and encourages bystanders and institutions to speak up and have a zero-tolerance attitude toward sexual harrassment. Project coordinators crowdsource SMS and online reports of sexual harassment and assault and locate them on an online map. They use these reports to show people the scale of the problem and to dispel myths about, and excuses for, sexual harassment – for example that ‘how women dress’ or ‘sexual frustration’ are reasons and excuses for sexual harassment.

Sexual Health Innovations is bringing Callisto to schools in the United States. Callisto is a third-party sexual assault reporting system designed to provide a more empowering, transparent, and confidential reporting experience for college sexual assault survivors, to give schools better data about campus assault, and to facilitate the identification of repeat assailants. 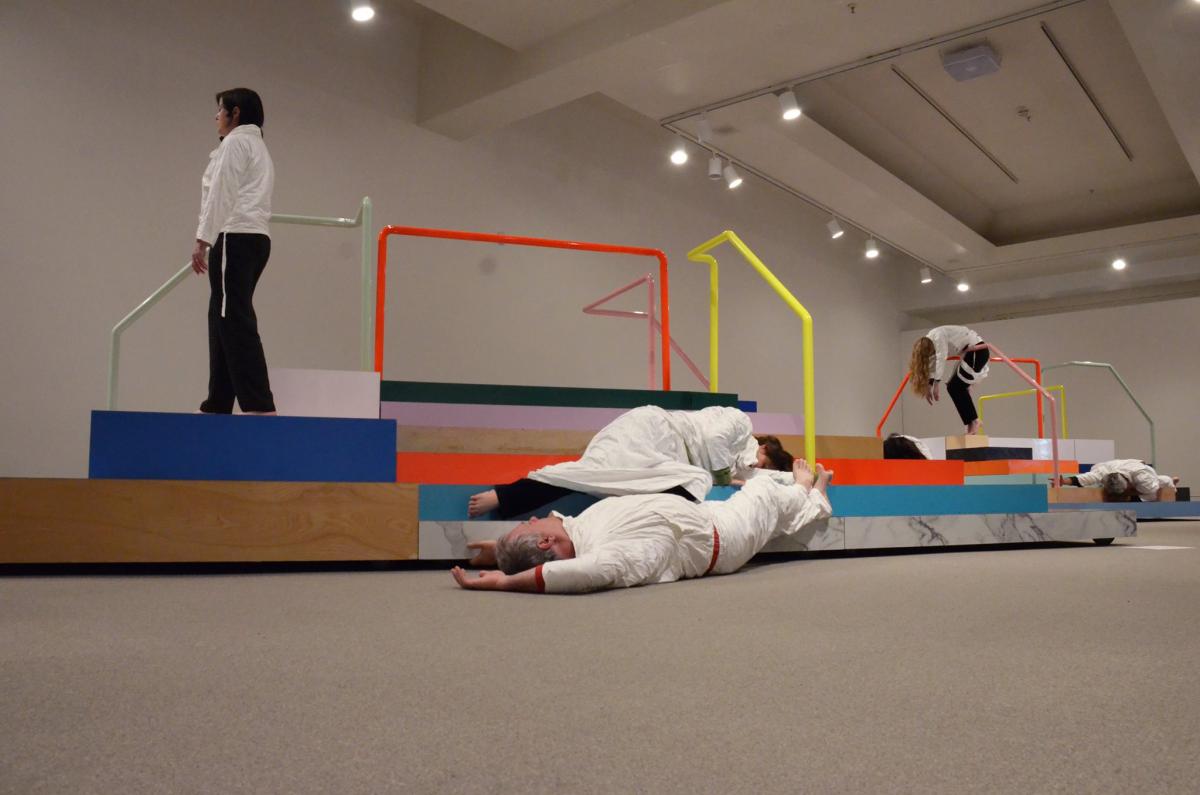 Amnesty International activists in Regina co-organized an International Women's Day celebration with dances from around the world. After this event activists went to a local bridge to dance, hold signs, wave red banners, and tie red ribbons on the bridge in honour of missing and murdered Indigenous women and girls as part of the “Join Me on the Bridge” campaign.

The campaign started in 2010 when women from Rwanda and the Democratic Republic of the Congo came together on a bridge between their countries calling for peace. Since then, often on International Women’s Day, activists stage events on bridges in solidarity with women peace builders around the world.

Activists in Kelowna, Calgary, Regina, Toronto and other cities screened the documentary Highway of Tears to deepen their understanding of the staggeringly high rates of violence experienced by Indigenous women and girls in Canada. Additional screenings will be held in other cities in the coming weeks.

Want to screen Highway of Tears? Contact materials@amnesty.ca to borrow a copy of the film, and check out the film discussion guide.

An annual event co-organized by Amnesty International in Ottawa brought together over 500 feminists to celebrate accomplishments, re-commit to the work ahead, and honour five outstanding local feminists for their contributions to the struggle for gender equality with the presentation of the Femmy Awards. The theme for this year's event? The Feminist New Year — because it's 2016 and hope is in the air in Ottawa.

Taking to the streets 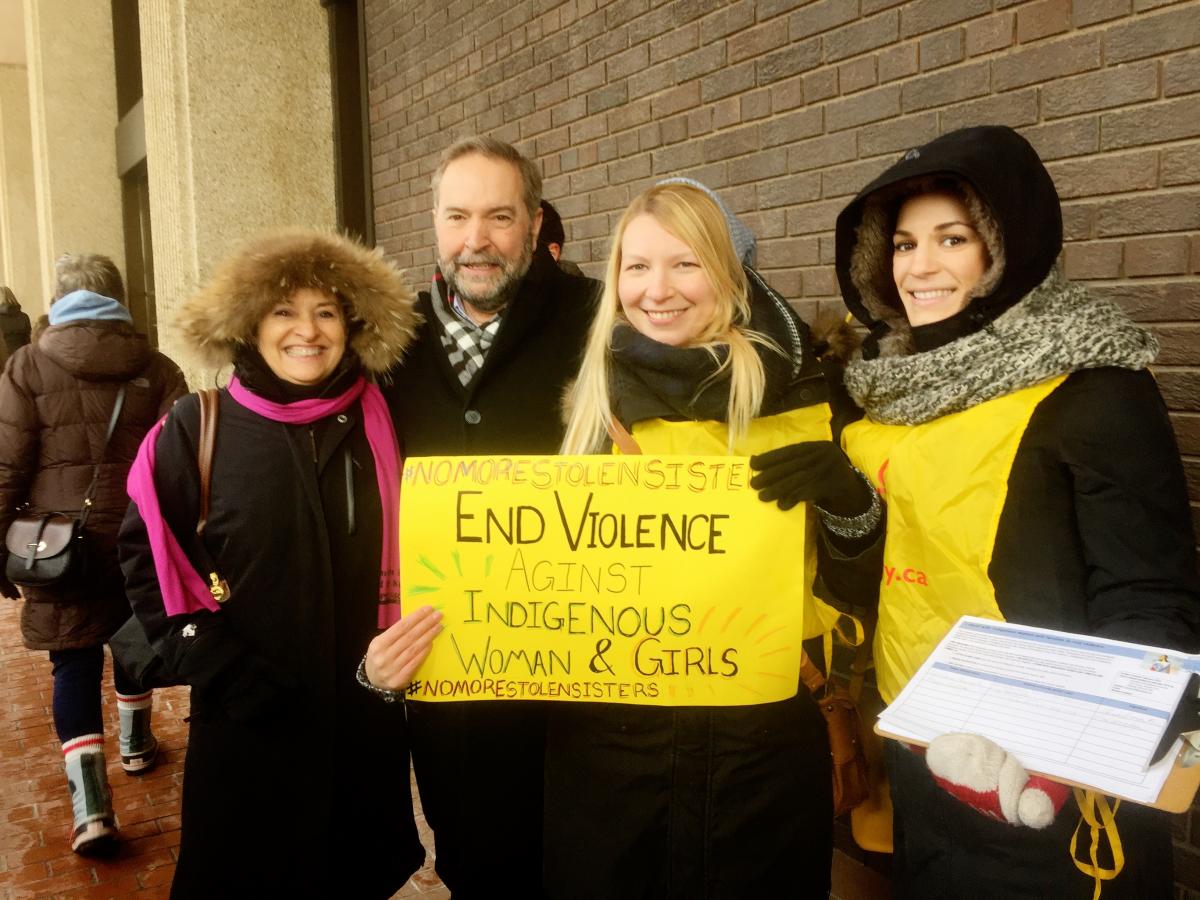 A large contingent of Amnesty activists took to the streets of Toronto for the annual International Women's Day rally, march and fair. The highlight for many activists was having NDP leader Tom Mulcair sign the pledge to stand with Indigenous women and families to end violence against Indigenous women, girls and two-spirit people.

Bringing together the feminist community

Activists in Vernon, BC tabled at a community event that included songs, poetry, story telling, a comedian and a fair all in celebration of women.

We launched the new pledge to stand with Indigenous women and families to end violence—and you responded—in droves! In a week, we collected 13,000 signatures. That's 13,000 Canadians standing in solidarity with our Indigenous sisters and brothers and commiting to act to end the violence once and for all.

And along with smashing down the patriarchy we broke one of our own social media records. Our

Every day is International Women's Day at Amnesty International. Join us to promote gender equality each and every day of the year! 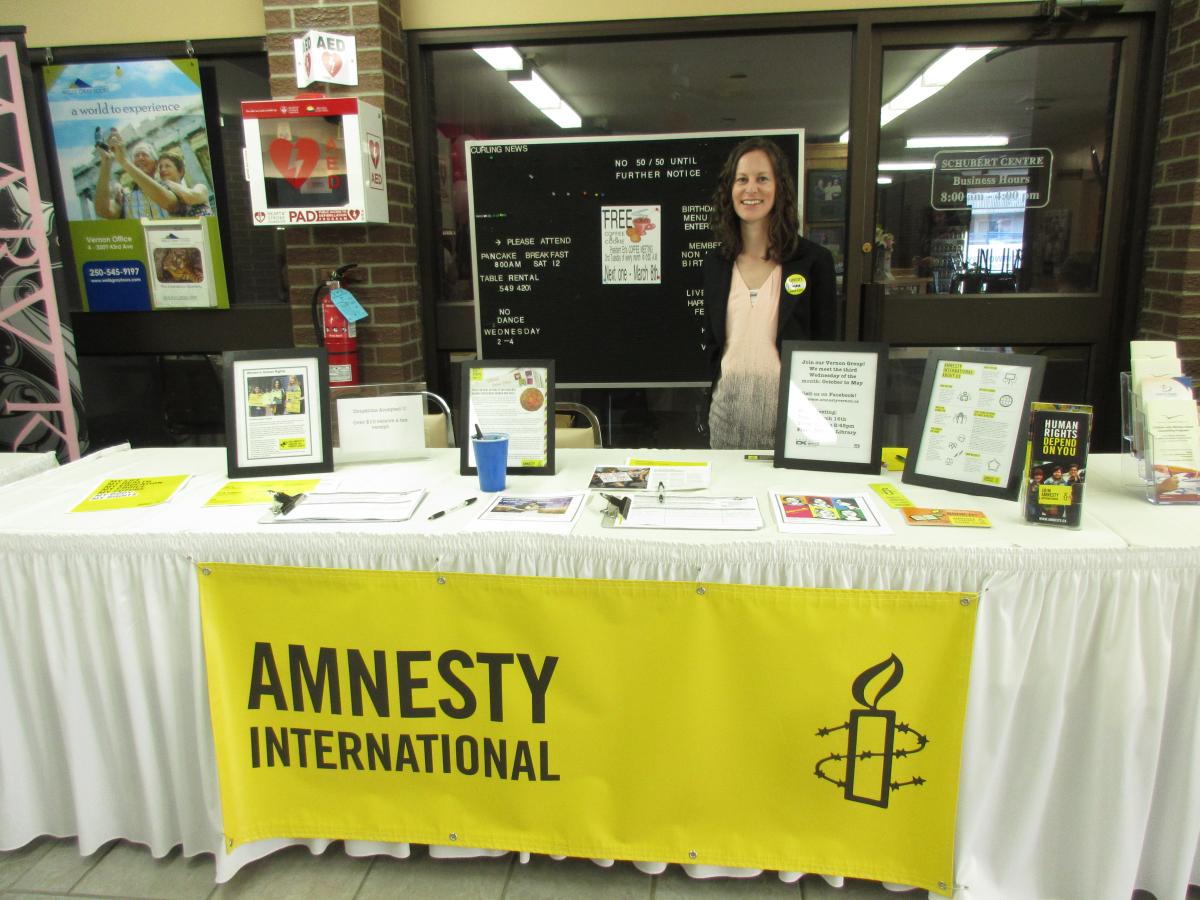