From Mexico to Canada, Amnesty activists are speaking out and making a difference

It was a day of powerful solidarity and deeply appreciated action across borders, in support of families in Mexico facing what can only be described as a nightmare.

May 10 is Mother’s Day in Mexico. A day for family celebration. But not for the ever-growing number of families whose sons or daughters have been taken away and made to disappear, while authorities have turned a blind eye. For these families, May 10 has become a day to take to the streets, make visible their pain, and call for action.

This year, they asked us to speak out with them. And speak out we did!

It began first thing in the morning in Ottawa, as a delegation led by Executive Director Jayne Stoyles, knocked on the doors of the Mexican Embassy and delivered 36 white flowers to Mexico’s Ambassador in Canada, honouring the more than 35,000 people reported disappeared in Mexico. 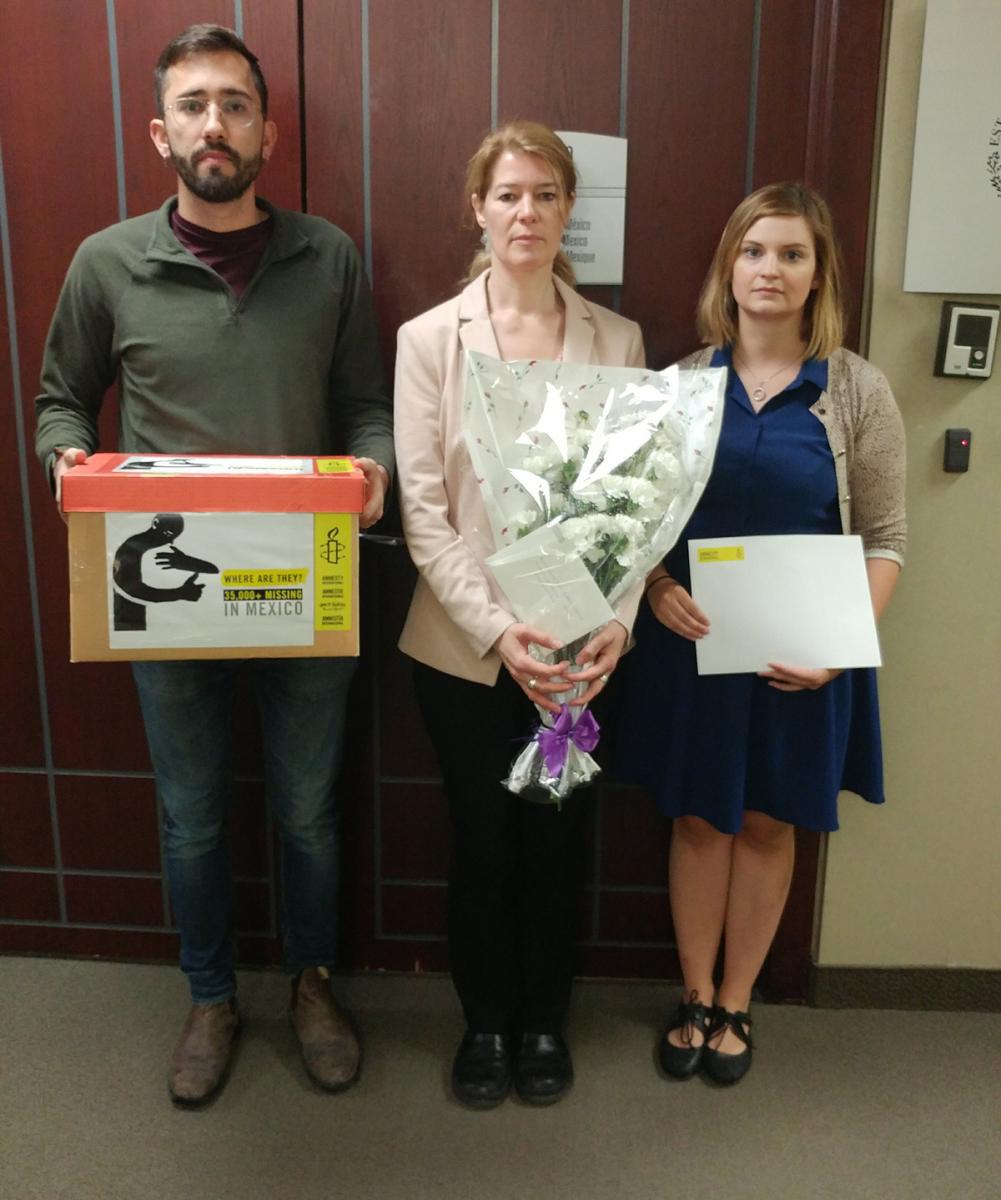 Along with the flowers was a box containing thousands of signatures on Amnesty Canada’s petition calling for urgently needed measures to find the disappeared and prevent others from suffering the same fate.  Those signatures speak volumes, especially to a government concerned about its international image.

An hour later, more than 4000 kilometres away in Mexico’s capital, Amnesty Canada’s Secretary General Alex Neve, Mexico Campaigner Kathy Price, together with Genevieve Paul and Karine Gentelet of the francophone branch were taking to the streets shoulder to shoulder with families of the disappeared.

With an amazing team of Amnesty Mexico activists, they were raising their voices in unison to chant "Vivos se los llevaron. Vivos los queremos!" – "Alive they were taken away. Alive we want them back!" Our beautiful banner, bearing butterfly solidarity messages from Canada, made visible our shared concern and support for the families of the disappeared. 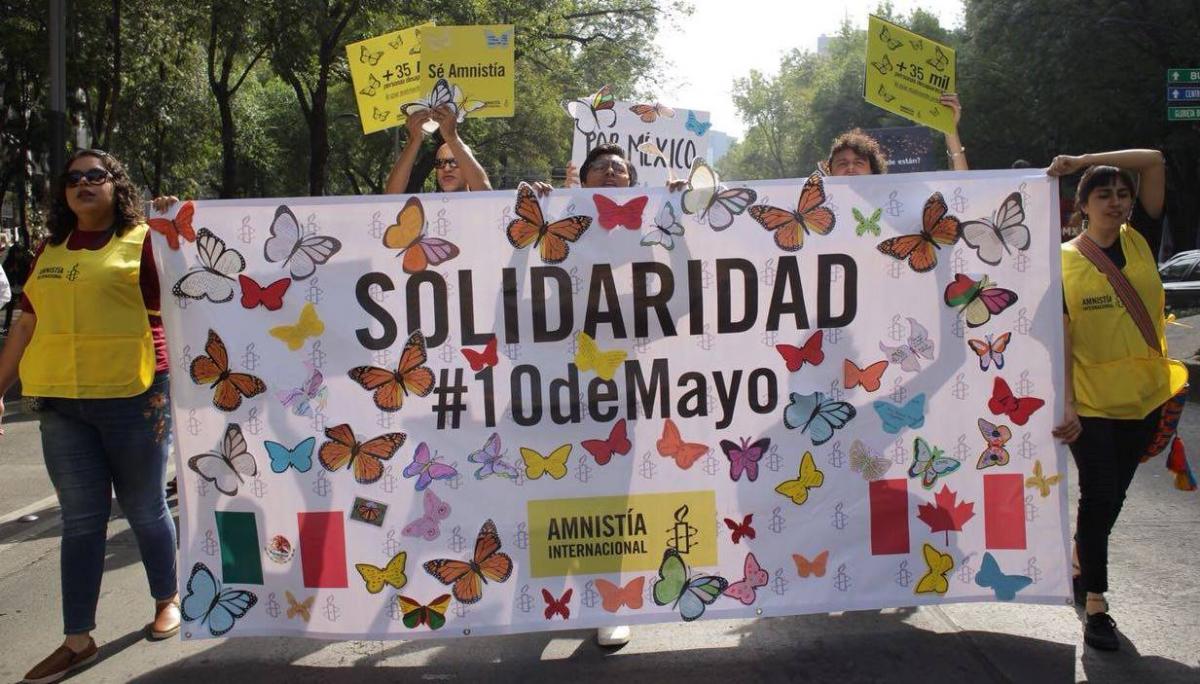 When the march reached the Monument of Independence, Alex was among the leaders invited to speak. His message was summed up by three powerful words – "You Are Not Alone" – and symbolized by the thousands of butterfly solidarity messages sent by people in Canada to be shared with families of the disappeared to communicate support. 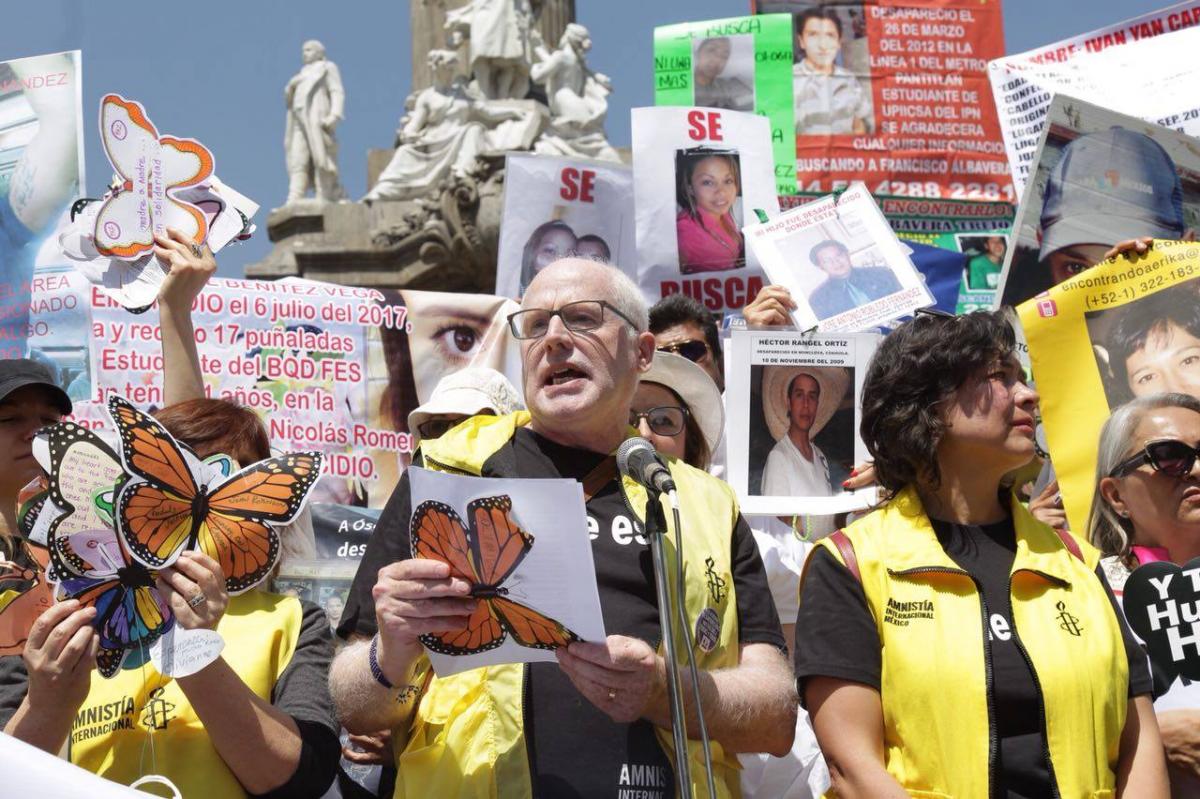 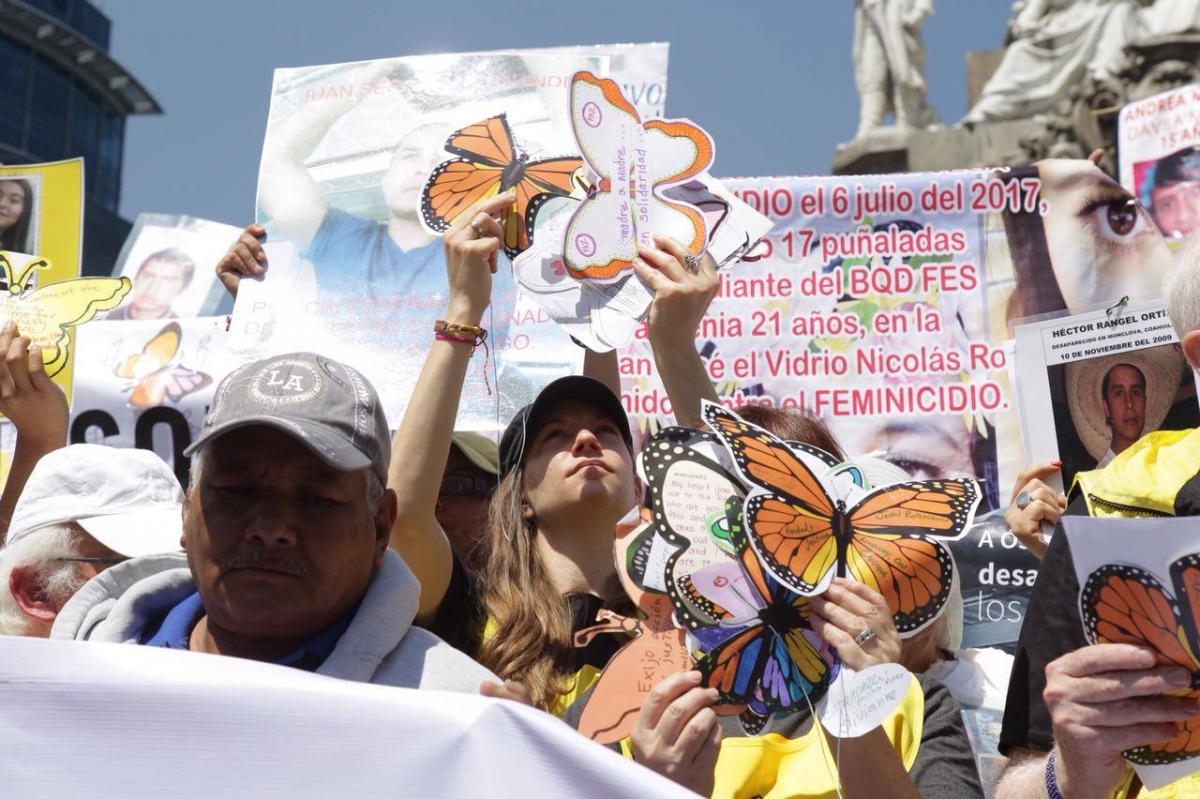 There were many expressions of appreciation from mothers and fathers who told us how vitally important it is to have people outside Mexico speaking up about the crisis of disappearances in Mexico. They included Hilda Legideῆo (below left), mother of one of the 43 disappeared students of Ayotzinapa, and Yolanda Moran Isais (below right), whose son Dan Jeremeel was also disappeared. 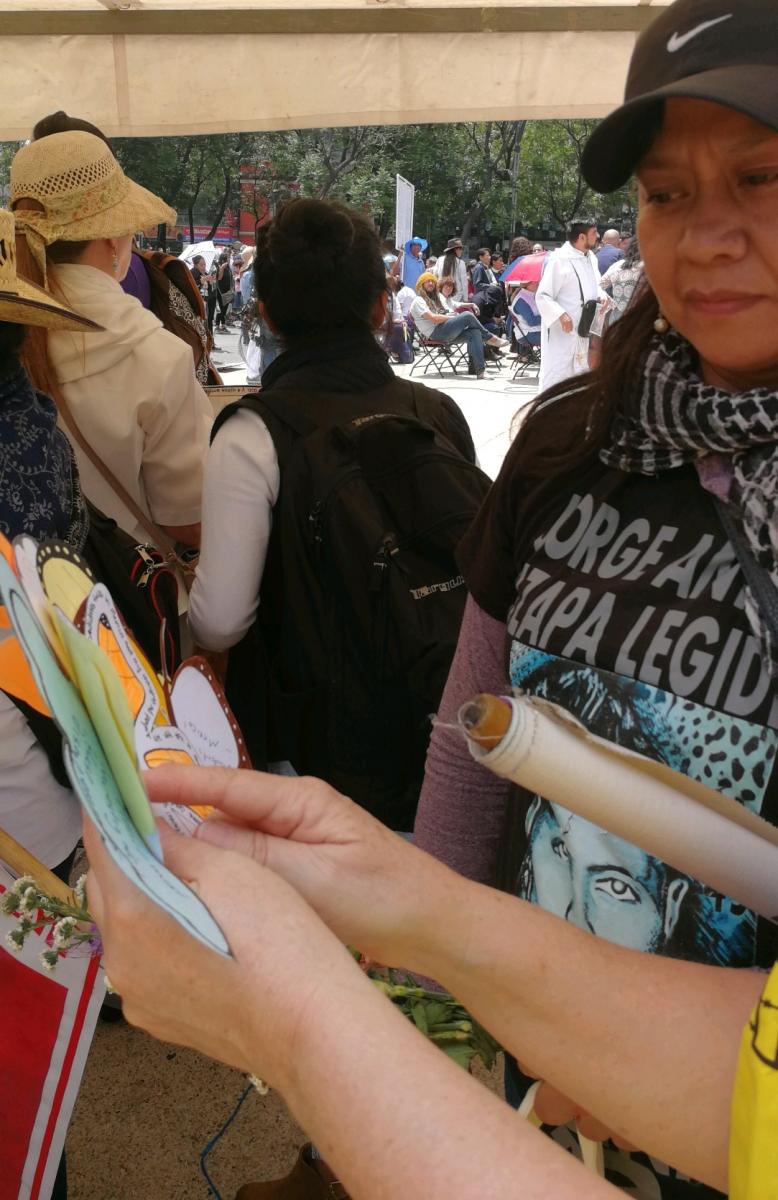 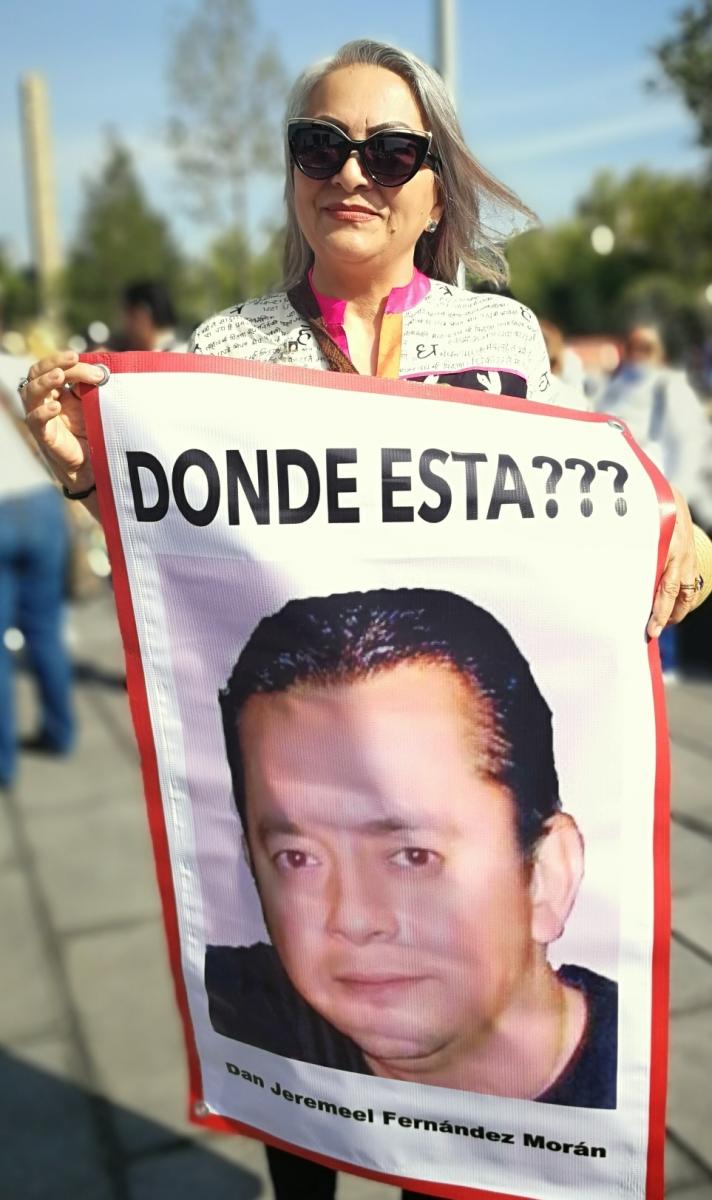 Reporters asked for interviews and Alex was also invited to do a television panel discussion following the march. Meanwhile, Amnesty Canada’s Facebook Live report from the Mexico march reached over 6,000 viewers.

As events in Mexico City wrapped up, the action shifted back to Canada, where activists gathered around the Human Rights Monument in Ottawa and read out words sent by two Mexican women who have lost family members to the devastating epidemic of disappearances. 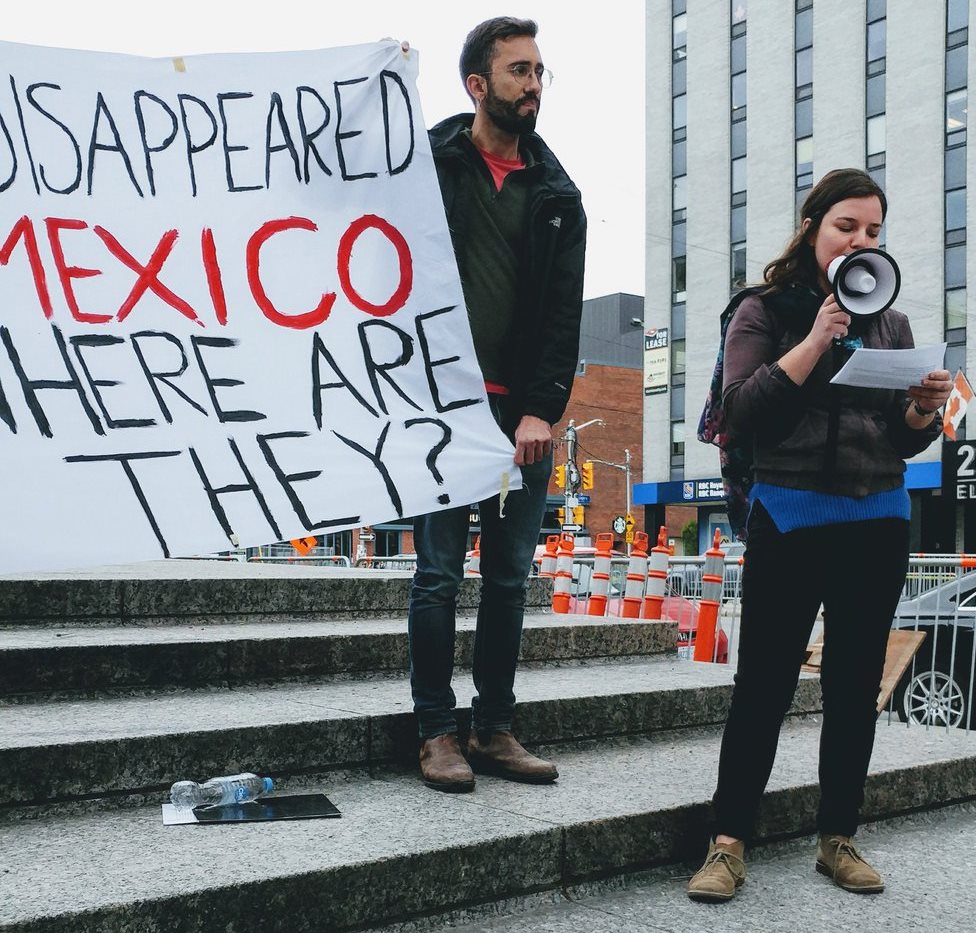 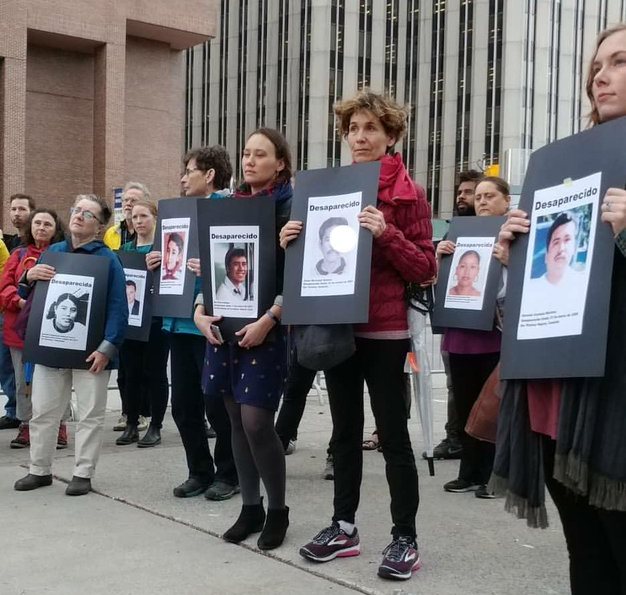 Those gathered marched to the Mexican Embassy chanting the same chant that echoed through the march in Mexico City: “Alive they were taken away. Alive we want them back!”

Half an hour later, another march began in Toronto with a huge banner that said it all: “SOLIDARITY WITH THE MOTHERS OF THE DISAPPEARED IN MEXICO”. 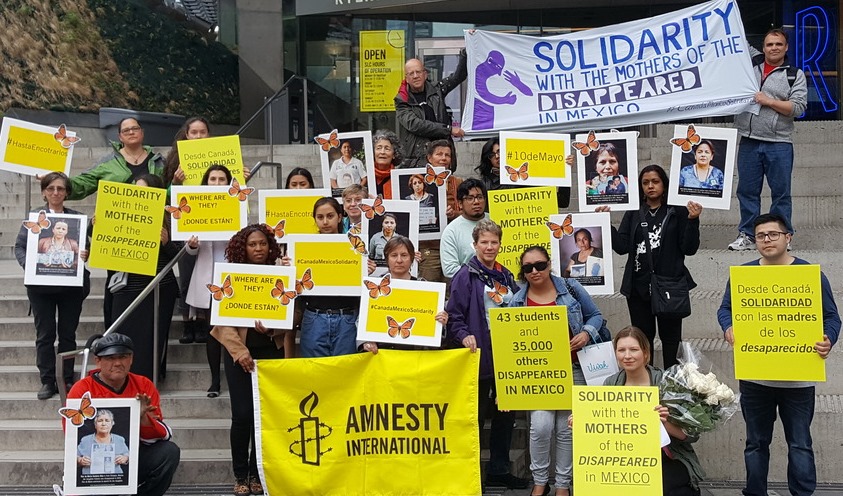 And three hours later in Vancouver, yet another protest began. Inspiring images of all these solidarity events are collected on our Stackla page (also visible at the end of this blog). The images were shared via social media to make visible our deep concern and calls for action. 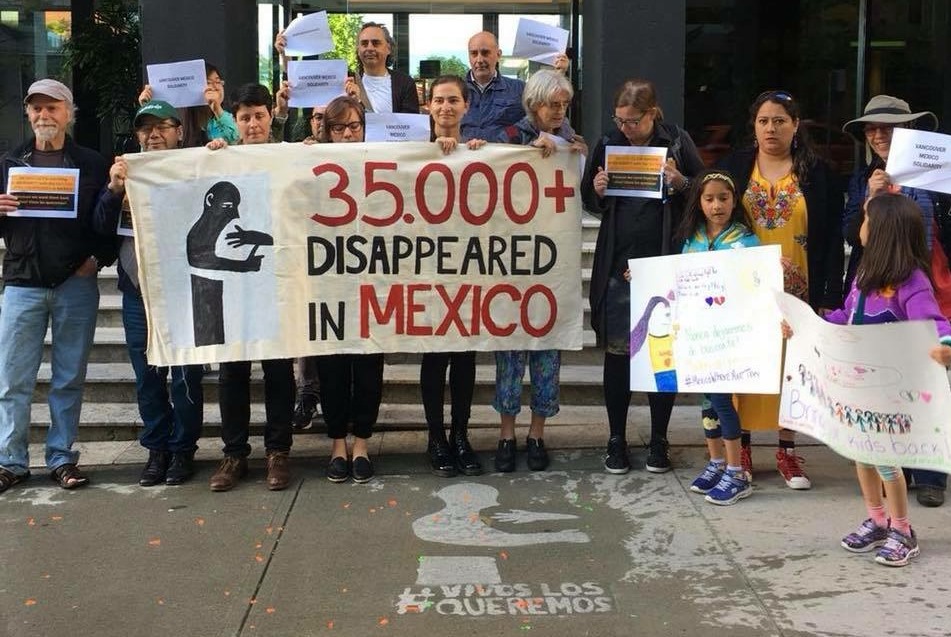 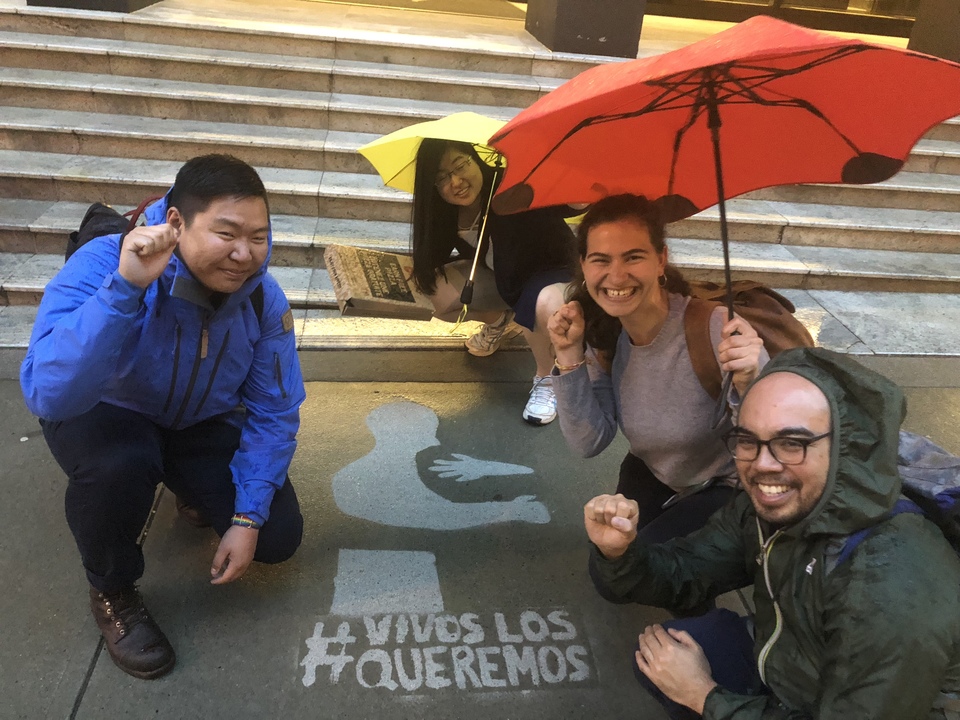 Meanwhile, the number of signatures on our online petition to the Mexican government doubled.

The following day in Mexico City, Amnesty Canada took mothers and sisters, representing eight organizations of the Movement for Our Disappeared, to a meeting at Canada's Embassy. Ambassador Pierre Alarie and his team were quick to make public their support, and to share butterfly solidarity messages from Canada.

The Embassy met with families of disappeared persons and Amnesty International today. Canada supports the continued efforts to search for the disappeared to ensure truth and justice for the families. pic.twitter.com/XB4Ksg16Hc

"Thank you for all this support which is so helpful to our cause," said Michelle Quevedo (below left), a tireless advocate for truth and justice since the disappearance of her brother Gerson and murder of two other relatives seeking to find him. It was a sentiment we heard over and over again from relatives of the disappeared in Mexico. 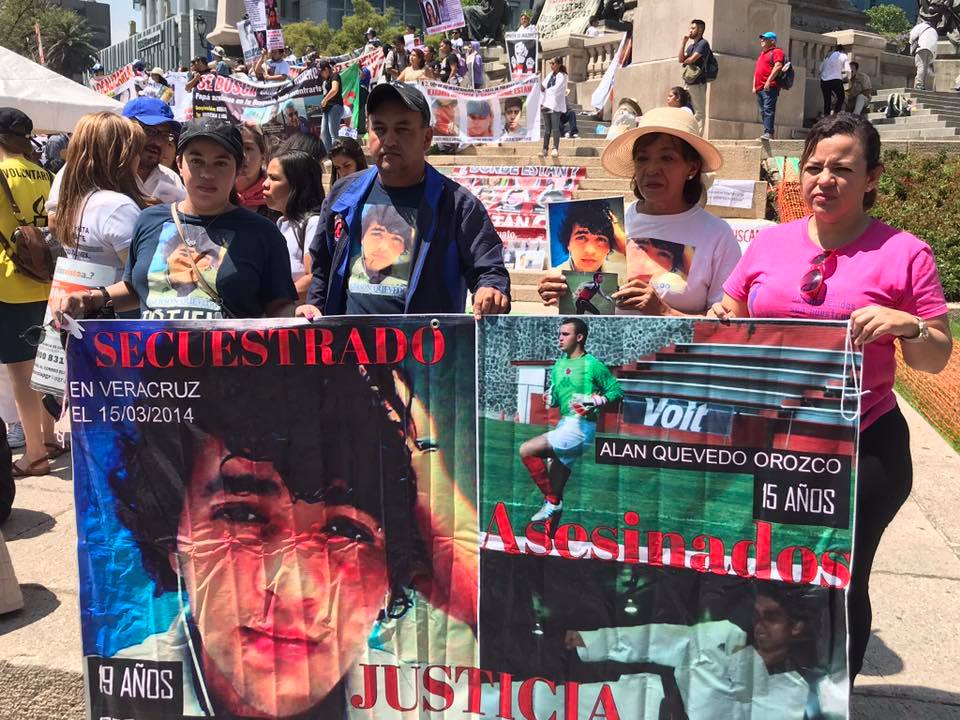 And that’s motivation to redouble our efforts until the crisis of disappearances ends and there is no longer any need to ask the question that rings out today: Where are they? Donde están? Until then, we’ll be continuing our Canada-Mexico solidarity, linking arms across borders and continuing to speak out.

Click here to see other ways you can show your support for the mothers and families of the disappeared.

We recognize that not everyone is able to join a solidarity event in person, due to geography, availability, or accessibility so we also held an online solidarity march where people have been sharing their messages of support and solidarity with the mother's and families of the disappeared. See some of these messages below!