Oil and Executions in the Niger Delta

This is part 1 of 6 of the blog series: 25 years working for human rights in the Niger Delta

On November 10, 1995, Amnesty International released this statement: “AI has learned with dismay that Ken Saro-Wiwa and the eight other Ogoni supporters were executed on 10 November 1995.”

The world was shocked. The trial was widely criticized by human rights organizations and the governments of other states The Commonwealth of Nations, which had pleaded for clemency, suspended Nigeria's membership. The United States, the United Kingdom, and the EU all implemented sanctions—but not on petroleum.

What was the role of Shell oil in this? And how has the situation evolved since then? This six-part blog series explores the human rights impact of oil pollution in the Niger Delta, the mounting evidence against Shell, the courageous activism of affected communities,  and the on-going fight for justice.

Commercial oil production began in the Niger Delta in 1956. Today, the Shell Petroleum Development Company of Nigeria (Shell) – a subsidiary of Royal Dutch Shell – is the main operator on the land. Despite the vast wealth created by petroleum, the benefits have been slow to trickle down to the majority of the population, who have increasingly been forced to abandon their traditional agricultural practices. Annual production of both cash and food crops has dropped significantly.

The Niger Delta region has a steadily growing population, estimated at more than 30 million people in 2005, and accounts for more than 23% of Nigeria's total population. The population density is among the highest in the world. Major challenges related to poverty, urbanization, corruption and unemployment affect the entire region.

Ogoniland is a 1,050 square kilometre area in the southeast of the Niger Delta basin. The Ogoni people are a minority ethnic group of about half a million people who call Ogoniland home. The Ogoni people and other ethnic groups in the region attest that during the 1980s and 1990s the government continually forced them to abandon their land to oil companies without consultation, offering negligible compensation.

Beginning in December 1992, the conflict between the Ogoni people and the oil companies escalated to a level of greater seriousness and intensity on both sides. Both parties began carrying out acts of violence. Military repression escalated dramatically. Soldiers and mobile policemen appeared in most Ogoni villages. At the time, Amnesty International characterized the behaviour of the Nigerian military as deliberate terrorism.

In May 1994, nine activists from the movement ('The Ogoni Nine'), among them Ken Saro-Wiwa, were arrested and accused of incitement to murder following the deaths of four Ogoni elders. Saro-Wiwa and his comrades denied the charges, but were imprisoned for over a year before being found guilty and sentenced to death by a tribunal hand-selected by General Sani Abacha, military ruler of Nigeria. The men were executed on November 10, 1995. 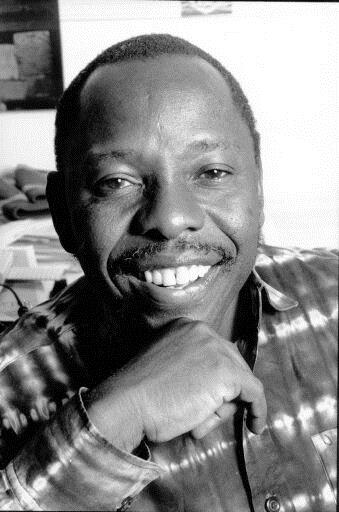 Shell claimed to have asked the Nigerian government to show clemency towards those found guilty, but said its request was refused. However, a 2001 Greenpeace report found that two witnesses later admitted that Shell and the military had bribed them with promises of money and jobs at Shell. Shell admitted having given money to the Nigerian military, who brutally tried to silence the voices which claimed justice.

A few years later, Maria Saro-Wiwa, wife of executed Ken Saro-Wiwa, spoke at Carleton University in Ottawa. Someone asked her what could have saved her husband’s life. After all, prior to the execution, there were calls from Nelson Mandela, threats of suspension from the Commonwealth, fears of sanction and thousands of protests around the world … and yet the executions went ahead. Maria Saro-Wiwa said that one thing could have saved her husband. She said one phone call from the President of Shell to the President of Nigeria would have prevented the nine executions.

Go to Part 2 of blog series.