One year after the killing of Berta, other threatened land and water defenders in Honduras are counting on our support

It is one year since beloved water defender Berta Cáceres was gunned down in Honduras and a vital moment for renewed action from Canada, amidst ongoing deadly violence in the Central American country.

On March 2, 2016, shortly before midnight, assassins entered the home of inspirational Indigenous leader Berta Cáceres and shot her.

It should never have been allowed to happen. Berta had warned that her name was on a hit list and reported dozens of death threats against her. They coincided with her efforts to stop construction of the Agua Zarca hydro electric project out of concern for its impacts on the water and lands of Indigenous communities.

Recognizing the danger, the Inter-American Commission on Human Rights called on Honduras to protect Berta. The call fell on deaf ears.

The murder of Berta caused shock waves in Honduras and around the world. She had been recognized with the Goldman environmental prize in 2015, a prestigious award that brought international attention. Even that had not stayed the hands of the killers, and those who gave the order to silence Berta.

The message was clear: no one was safe if their defense of human rights and the environment challenged powerful economic interests. 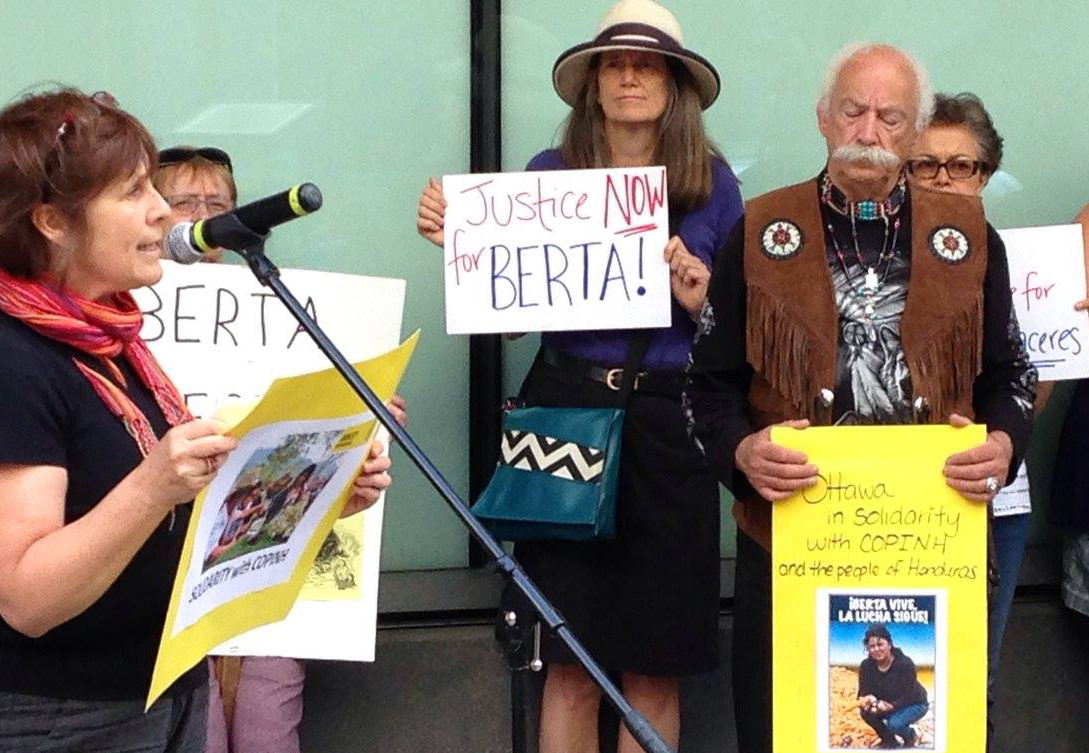 Amnesty International Canada activists joined with others and took to the streets to protest and make visible Canadian concern.

We reached out to the media. We met with the Ambassador of Honduras in Canada. We sent strongly worded letters to Canada’s Foreign Affairs Minister and met with Canada’s Ambassador to Honduras, underscoring the need for Canada to use its relationship with Honduras to press for action.

We raised our voices again after investigators tampered with the crime scene, put the safety of the only eye-witness in danger and ridiculously attempted to whitewash the assassination as a crime of passion by a former lover.

Breakthroughs, but the danger continues 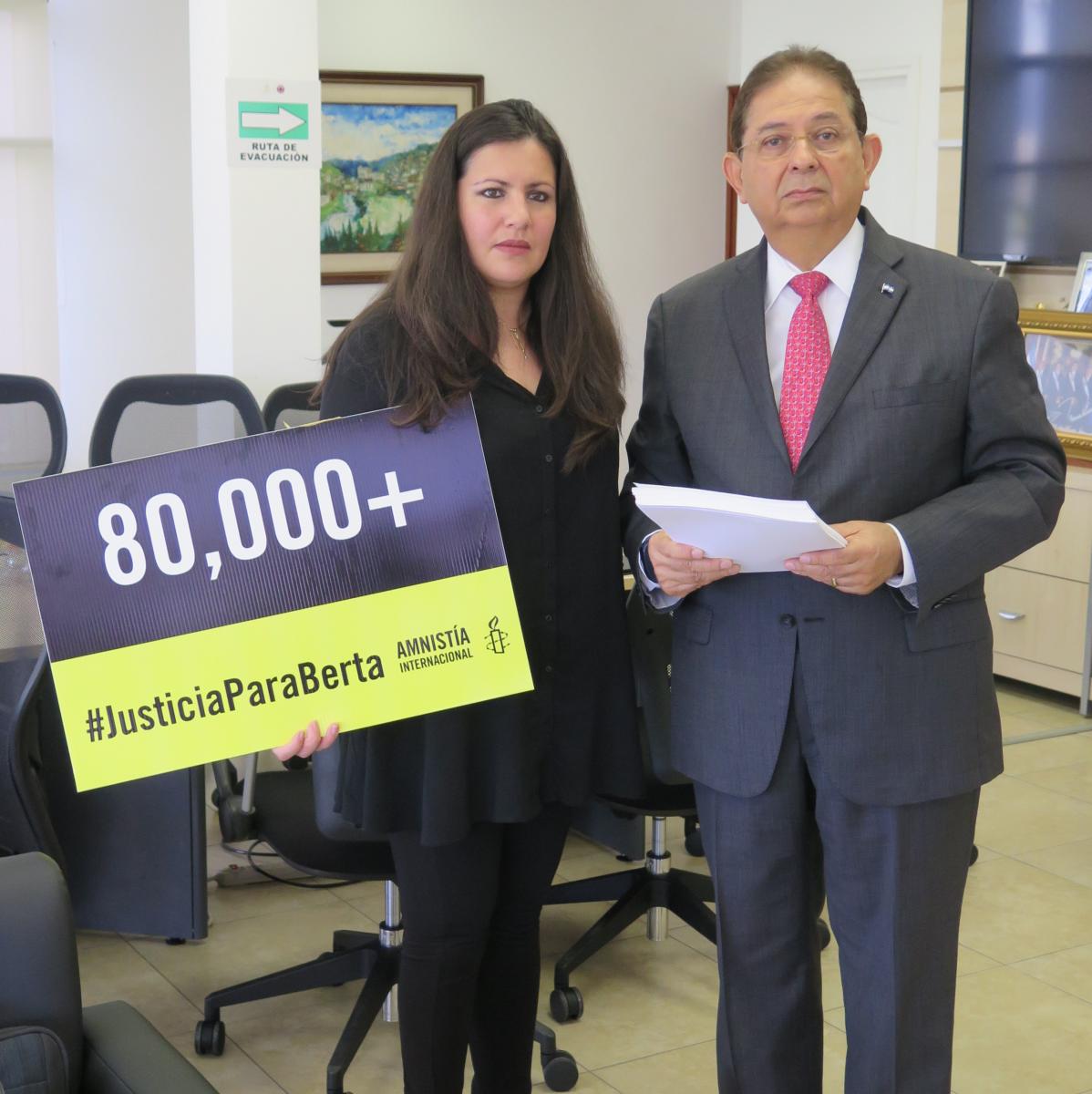 Amidst courageous campaigning by Berta’s family and organization, COPINH, and as the number of signatures on petitions for impartial justice mounted – in Canada alone, we collected 20,000 signatures on a petition to the President of Honduras -- there were important breakthroughs.

Eight men have now been arrested and charged in connection with the murder of Berta. They include a manager for the Agua Zarca dam, a project led by DESA, a company with extensive military and government links. Those arrested also include the company’s former head of security, a former special forces sniper and Major Mariano Díaz, a chief of army intelligence in 2015 and decorated special forces veteran, now reportedly discharged from the army.

While this is promising, arrests are not enough. No one has yet to be convicted for the killing of Berta, even as new investigative reporting cites leaked court documents to suggest this may have been an extra-judicial killing planned by military intelligence specialists linked to US-trained special forces. 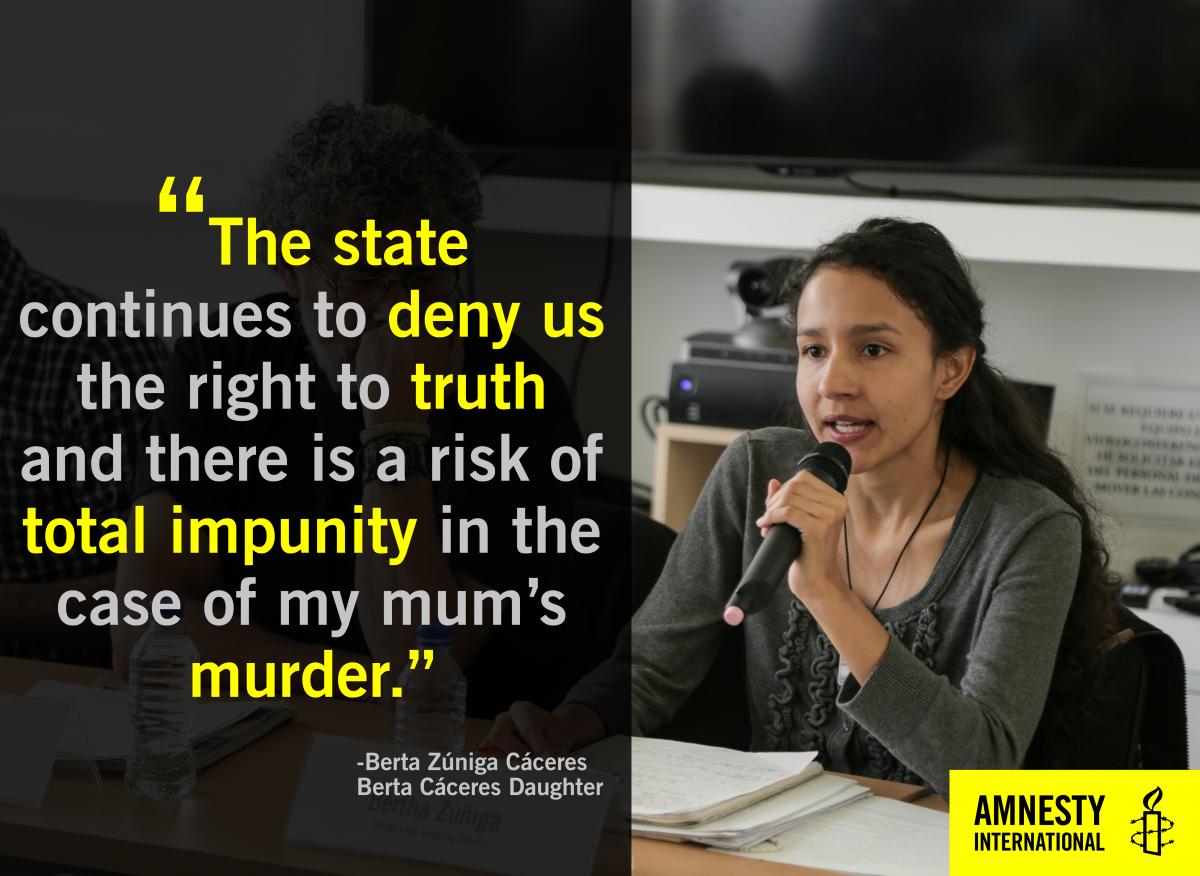 Amidst corruption and massive injustice in Honduras, it’s no wonder that Berta’s family remains concerned. “The state continues to deny us the right to truth and there is a risk of total impunity in the case of my mum’s murder,” says Berta’s daughter Bertita Zúniga Cáceres.

It is imperative that Berta’s assassins – and those who gave the orders – are brought to justice. Failure to do so is a green light for more attacks on defenders of land, Indigenous territory and the environment in a country that has become the most dangerous in the world to take on that cause.

We must stand strong with defenders under attack 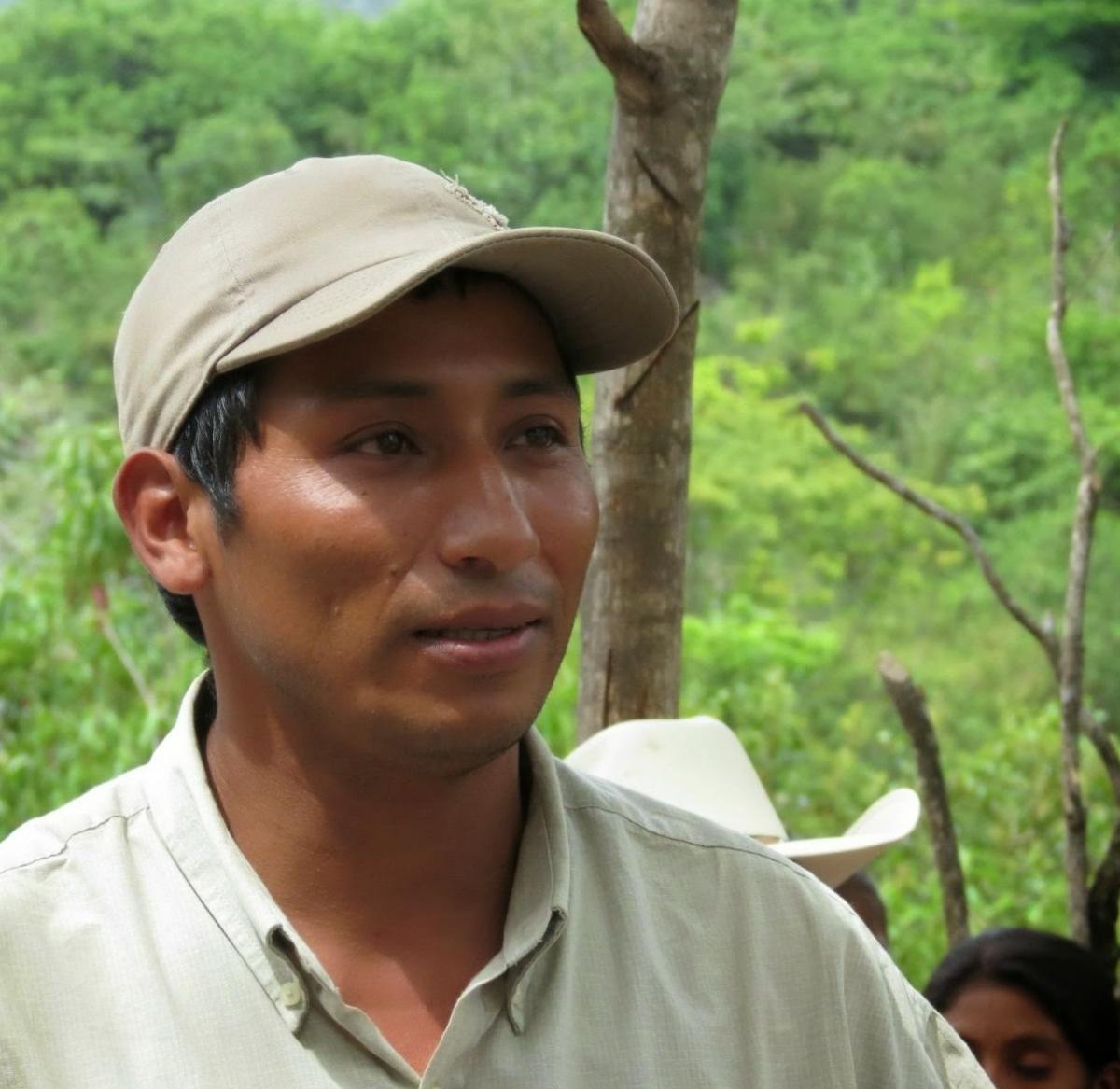 In the year since Berta was gunned down, more courageous women and men, raising their voices for human rights, for the rights of Indigenous peoples, for defense of land and the environment, have been shot to death in Honduras.

Tomás Gómez Membreño (above), who courageously assumed leadership of Berta’s organization COPINH, has suffered multiple attempts on his life. He and other activists are in grave danger for work that should be commended for its integrity and service to the human rights of the most vulnerable.

Together, we will then make true the chant that keeps hope alive in Honduras: “Berta no murió, se multiplicó - Berta did not die, she multiplied!" 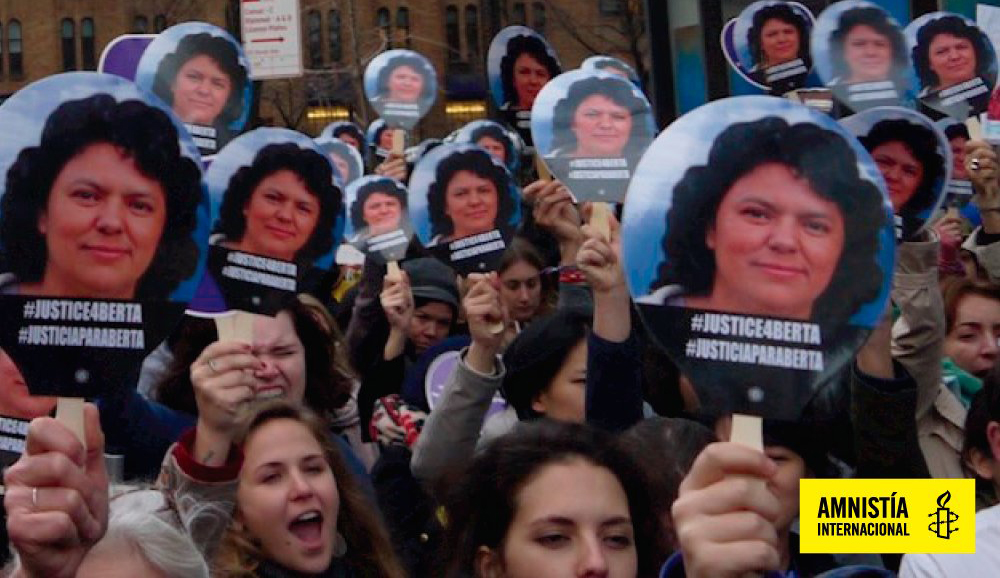