Refugees are proudly cheering on Team Refugees at screenings of the Olympic Games at Kakuma Refugee Camp in Kenya thanks to a FilmAid project, supported by Amnesty International.

For the first time ever, a refugee team is competing at the Olympic Games under the Olympic flag. 10 refugee athletes are acting as a symbol of hope for refugees worldwide and bringing global attention to the magnitude of the refugee crisis, by taking part in the Olympic Games in Rio.

FilmAid, along with other key partners such as UNHCR and Amnesty International wanted to enable the refugee community in Kakuma, many of whom wouldn’t normally have the ability to watch the global event, to watch their team compete live with the rest of the world. Refugees now have a place as they support their team.

“These two brief weeks will be a source of hope and inspiration to these athletes, and millions of other refugees watching around the globe. This Olympics welcome is a great first step that the rest of humanity should follow to bring refugees out of the cold and keep their hopes alive.” 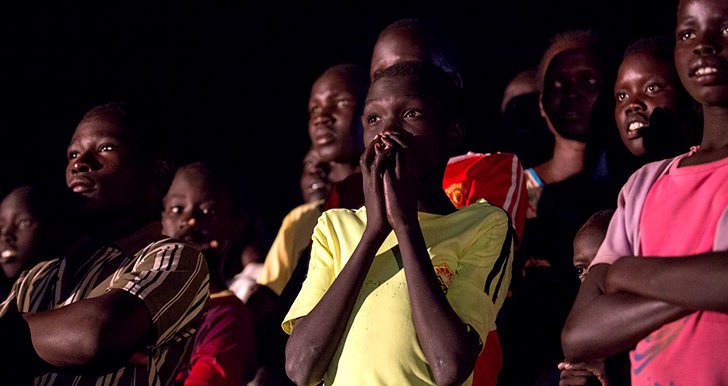 “FilmAid has been working in Kakuma for over a decade, but I’ve never seen the young people so full of pride.

"Screening the Olympics in Kakuma is a chance for young refugees to see the athletes and themselves represented, not just as victims of war and disaster, but as individuals who have dreams, and the strength and desire to live those dreams.”

The live stream began with the Olympics opening ceremony on August 5th and continue until August 21st 2016.