Rio 2016: Has Brazil lost even before the Olympics have begun?

Several promises and thousands of nice words fill the three volumes of the candidacy dossier for the Rio 2016 Olympic Games. Since 2009, when the country won the Olympic bidding process, Brazilians have been living with high expectations for hosting the world’s largest mega-event.

But in the city of Rio de Janeiro, Brazil’s favourite postcard, there is a poignant sense of déjà vu. Rio also hosted the FIFA World Cup in 2014 and the Pan American Games in 2007. Both those events, too, brought with them pledges of structural transformations for Rio’s citizens, and should have been a practice run for the Olympics. Instead, they ended up tainted by severe human rights violations, as well as public debt, unaccounted-for spending, and expensive infrastructure that never got finished.

Beyond the medals, titles and glory, hosting these events has brought increased police violence in Rio’s favelas and suburbs. In 2014, the year Brazil hosted the World Cup, homicides resulting from police operations increased by 40% in the State of Rio. Reports of violations perpetrated by army troops deployed to carry out policing duties in favelas added to the negative outcome associated with the football tournament.

With just over a month to go until the Rio 2016 opening ceremony, the pre-Olympic legacy includes more than 2,500 people killed by the police in the city since 2009, when Rio de Janeiro won its bid to host the Games. Over the past few weeks, the sense of defeat has grown before the Games even get under way, with daily shootings and police operations leaving a trail of blood in several of Rio’s favelas.

According to the Instituto de Segurança Pública (ISP), in the city of Rio de Janeiro alone, 40 people were killed by police officers on duty in the month of May: an increase of 135% compared to 17 during the same period in 2015. Across the state as a whole, the numbers nearly doubled from 44 to 84. 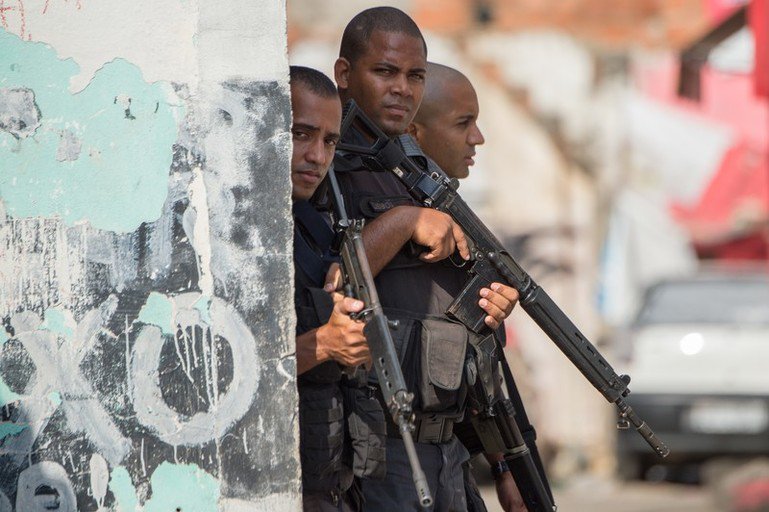 The communities most affected by this violence by the security forces are those located around the main access routes to and from the international airport and competition arenas.

To add to an already dismal context, on 17 June, Rio de Janeiro’s Governor, Francisco Dorneles, officially declared a “state of calamity”. This provides for additional resources to be made available for the Olympics, even if that entails reducing resources for essential public services.

The Rio de Janeiro state authorities have been shockingly silent about the appalling levels of killings by the police – since April, on at least three separate occasions the Governor and State Secretary of Public Security have failed to react after police shot dead five people in Rio’s favelas. This has been compounded by the shortcomings of the justice system and the authorities’ failure to ensure a remedy for victims, in particular by not investigating killings by police, or prosecuting those suspected of bearing criminal responsibility. Instead of facing up to such failures, the government’s “solution” has been to deflect attention to the mega-event, even at the expense of basic human rights.

An unavoidable question, which is unlikely to be answered, remains: where is the “robust economic modelling” so widely promoted on the official documents for the bid to host Rio 2016? Whatever happened to the promises to “strengthen the social and environmental fabric of Rio and Brazil”, both before and after the Games?

It is frustrating that the Olympics are not being used as an opportunity to renew urban life as part of a new social pact for the city of Rio de Janeiro. It’s past time for the State to shift gears in its public security policies, abandoning the “War on Drugs” logic which has installed heavily armed police and military operations in poor, densely populated residential areas.

The truth is that the past years could have been used to invest in police training and professional development, including in the use of intelligence, and to implement protocols for the use of force by the police, eliminating the practice of excessive use of force and extrajudicial executions.

However, this never happened. We are on course for the Olympic Games to follow the model set by Rio’s past sports mega-events – the global limelight will focus on the glitz and glory while, mere kilometres away, an alarming number of black youth from favelas will continue to pay with their own lives for this collective failure.

Rebecca Lerer is a Campaigner at Amnesty International Brazil.