Shell - Clean Up Your Mess!

This is part 4 of 6 of the blog series: 25 years working for human rights in the Niger Delta

In 2011-2012, the United Nations Environment Programme (UNEP) confirmed the massive scale of pollution in its landmark report based on a scientific assessment of one region, Ogoniland. The report particularly highlighted how pollution has created a public health emergency in the Niger Delta as a result of high levels of contamination of people’s sources of water.

According to UNEP, oil seeped below the surface layers of soil and contaminated the groundwater in Ogoniland. The report also referred to increased concentrations of petroleum hydrocarbons in the air and drinking water, which could lead to long-term health issues. 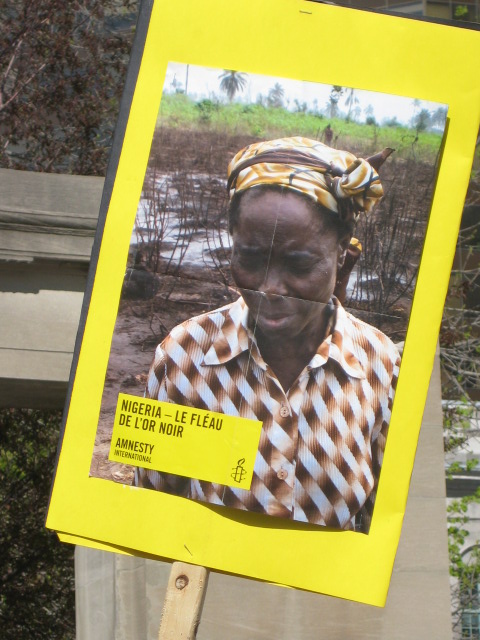 The UNEP report made detailed and authoritative recommendations for a clean-up of oil pollution in Ogoniland which would dramatically improve the human rights situation for communities living there.

Shell must be part of the solution and live up to their responsibility. UNEP found that $1 billion is needed to begin cleanup of the Niger Delta and compensate those who have lost their livelihoods.

The UNEP report confirmed that no clean-up has been done since two major oil spills in 2008. After the first oil spill began on August 28, 2008, as many as 4,000 barrels of oil a day were spilled until the leak was finally stopped on November 7. Just one month later, a second larger spill occurred. Both were caused by equipment failure.

Bodo’s economy once relied on fishing and agriculture. Today, crops die and people are afraid to eat locally-caught fish. Poverty is everywhere. "Oil spills in the Niger Delta are a tragedy,” Shell said in August 2011. “That is why we have always accepted responsibility for paying compensation when they occur as a result of operational failure."

Then Shell began to shift its strategy towards blaming others for the oil spills, saying they were frequently caused by sabotage and intentional damage to their working equipment. 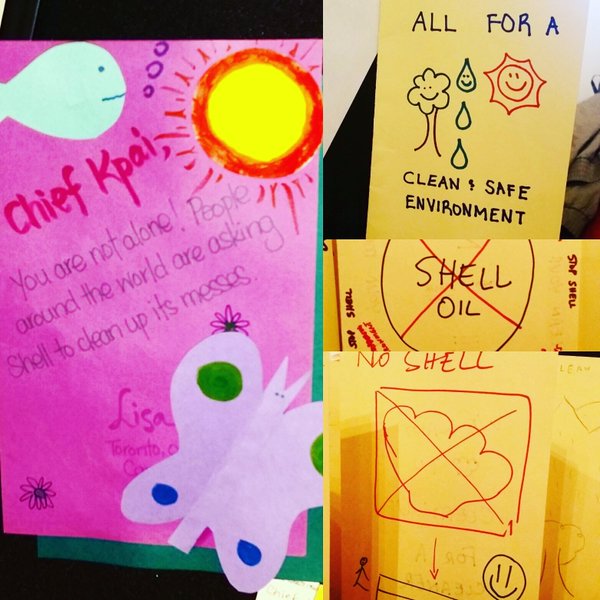 Amnesty's campaigning focused first on the new President of Nigeria, Goodluck Jonathan. Then Amnesty moved to target the oil companies, especially Shell Oil. In Stage 1 of the campaign, over 20,000 postcards were sent from around the world to President Jonathan.

On May 22, 2012 Shell stakeholders gather in The Hague, Netherlands, for the company's annual general meeting (AGM). This was our chance to remind Shell of its obligation to the people of the Niger Delta. During Shell’s AGM, Amnmesty launched a virtual protest across multiple social networks, connecting with other supporters. A huge petition with over 300,000 signatures was sent to Shell CEO Peter Voser at their AGM, calling on Shell to OWN UP, PAY UP and CLEAN UP.

Finally, in 2012, the Government of Nigeria took some action. Nigerian authorities fine Shell $5 billion as an "administrative penalty" over an oil spill at an offshore field. Shell halted operations at the Bonga oilfield after the leak on December 20, 2011. About 40,000 barrels of crude oil reportedly leaked into the sea.

Be sure to find out what happened next! The 5th blog of this series will be published in a few days.