On September 13th, Amnesty International members and supporters joined with community members from Treaty 8 First Nations to rally on Parliament Hill in Ottawa against the construction of the Site C dam.

The $8 billion plus Site C dam project would flood more than 80 km of the Peace River Valley. In 2014, the federal and provincial governments approved construction of the dam despite the fact that their own environmental impact assessment process found it would cause severe, permanent and irreparable harm to First Nations’ use of traditional lands and the destruction of gravesites and other sites of unique cultural and historical significance. 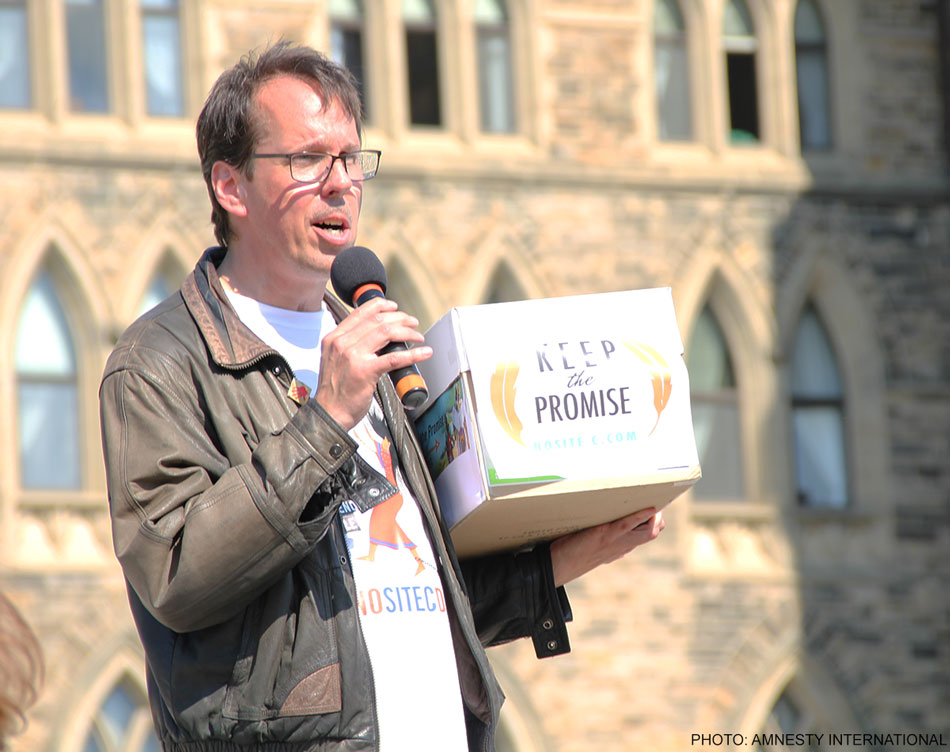 , Craig Benjamin of Amnesty International speaks at the Rally for the Peace River

In response, the West Moberly and Prophet River First Nations have had to embark on a long and costly legal process in an attempt to hold the federal government to its promise that it will uphold the treaties, the Constitutional protection of Indigenous rights, and the UN Declaration on the Rights of Indigenous Peoples.

Community members from Treaty 8 First Nations have travelled 5,000 km across the country to focus public attention on their urgent fight against the Site C dam.

, Following a hearing before the Federal Court of Appeal in Montreal on September 12th, the Justice for the Peace caravan arrived in Ottawa on the anniversary of the adoption of the UN Declaration on the Rights of Indigenous Peoples. 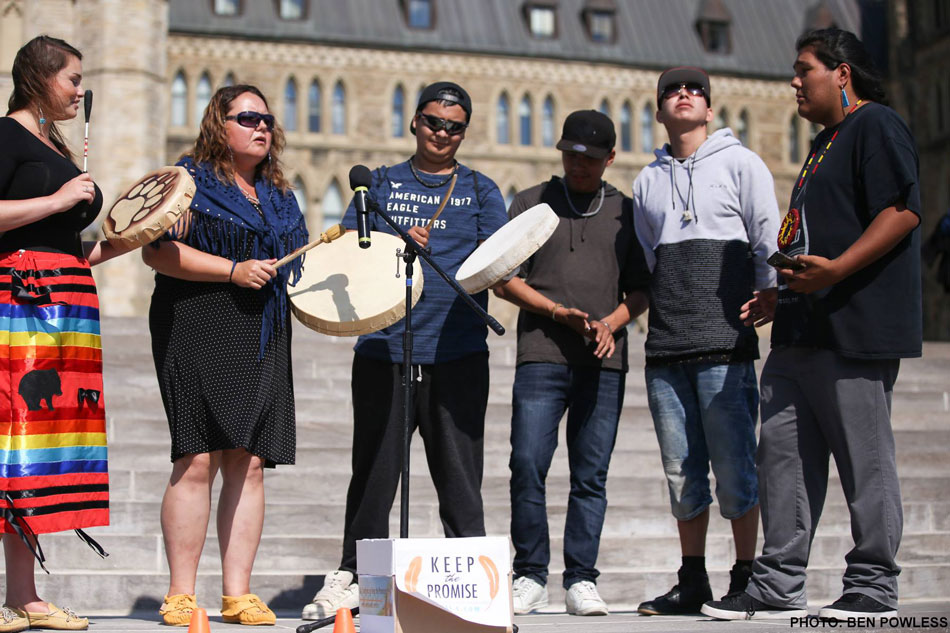 , Drummers at the Rally for the Peace River

, The crowd heard directly from community leaders and members who traveled across the country, including Chief Roland Wilson of West Moberly First Nations, about the devastating impacts of the Site C dam.

Amnesty International supporters and allies gathered on Parliament Hill to greet the caravan with more than 87,000 signatures gathered from Canadians calling for an immediate halt to the construction of the Site C dam.

, The Peace Valley Environment Association, Leadnow, Sierra Club, Y2Y and many other organizations and individuals all continue to collect signatures.

If Prime Minister Trudeau and the federal government are serious about their promise to respect Indigenous rights, they must halt the construction of the Site C dam.

, Amnesty International urges its members and supporters to take this opportunity to send a strong message to the federal and provincial governments by signing and promoting our online petition.

Learn More about the human rights impact of the Site C dam:

More information on the Justice for the Peace Caravan