Time after time, supporters of Amnesty Canada have faithfully raised their voices in countless creative ways to denounce acts of terror aimed at destroying the Peace Community of San José de Apartadó in north-western Colombia. Community leaders have told us all the messages of concern, like those written by activists in Vernon, have helped to save lives. 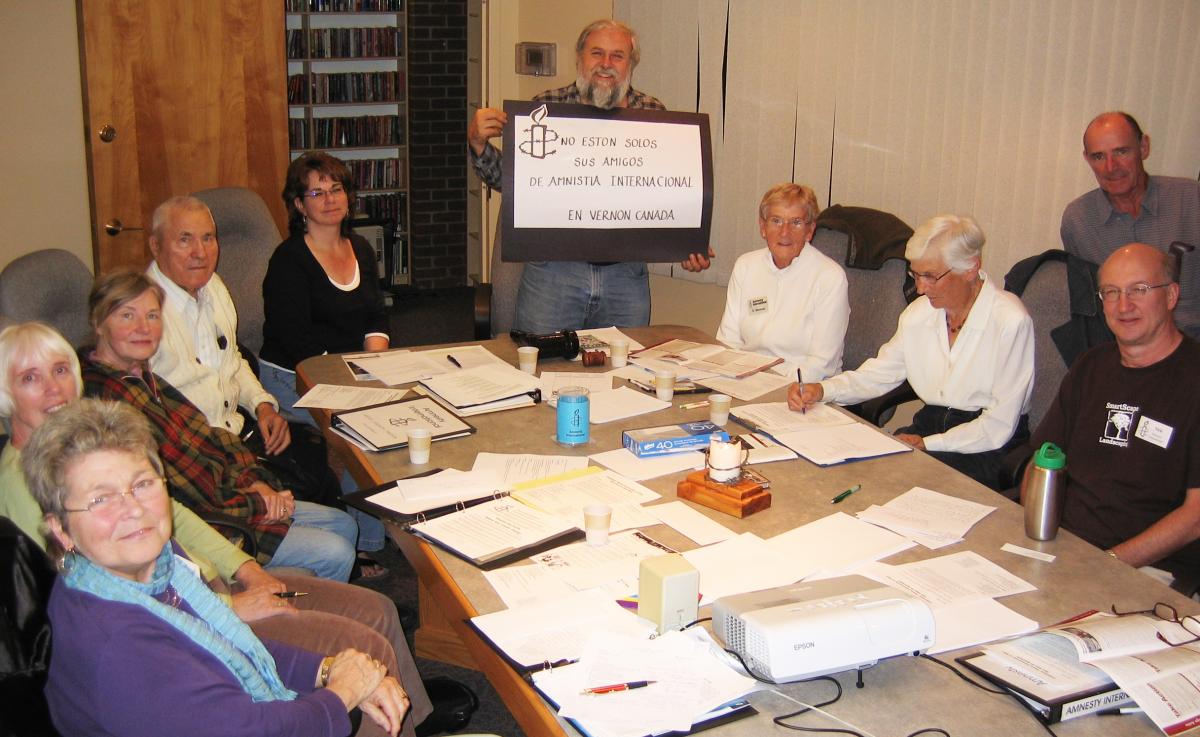 Now the Peace Community is appealing for support again amidst dangerous new threats from armed paramilitaries, who often operate with the support or acquiescence of state security forces and authorities. On 29 December, five paramilitaries attacked and injured German Graciano Posso, the community’s legal representative. Other members of the community courageously managed to disarm and capture two of the assailants (pictured below), suffering injuries in the process, and hand them over to the National Prosecutor’s Office. Yet authorities later released the two. 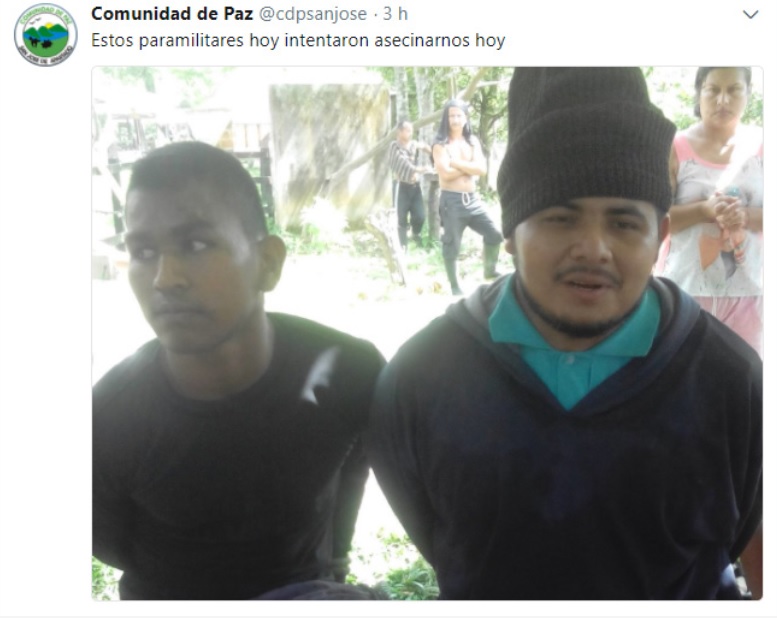 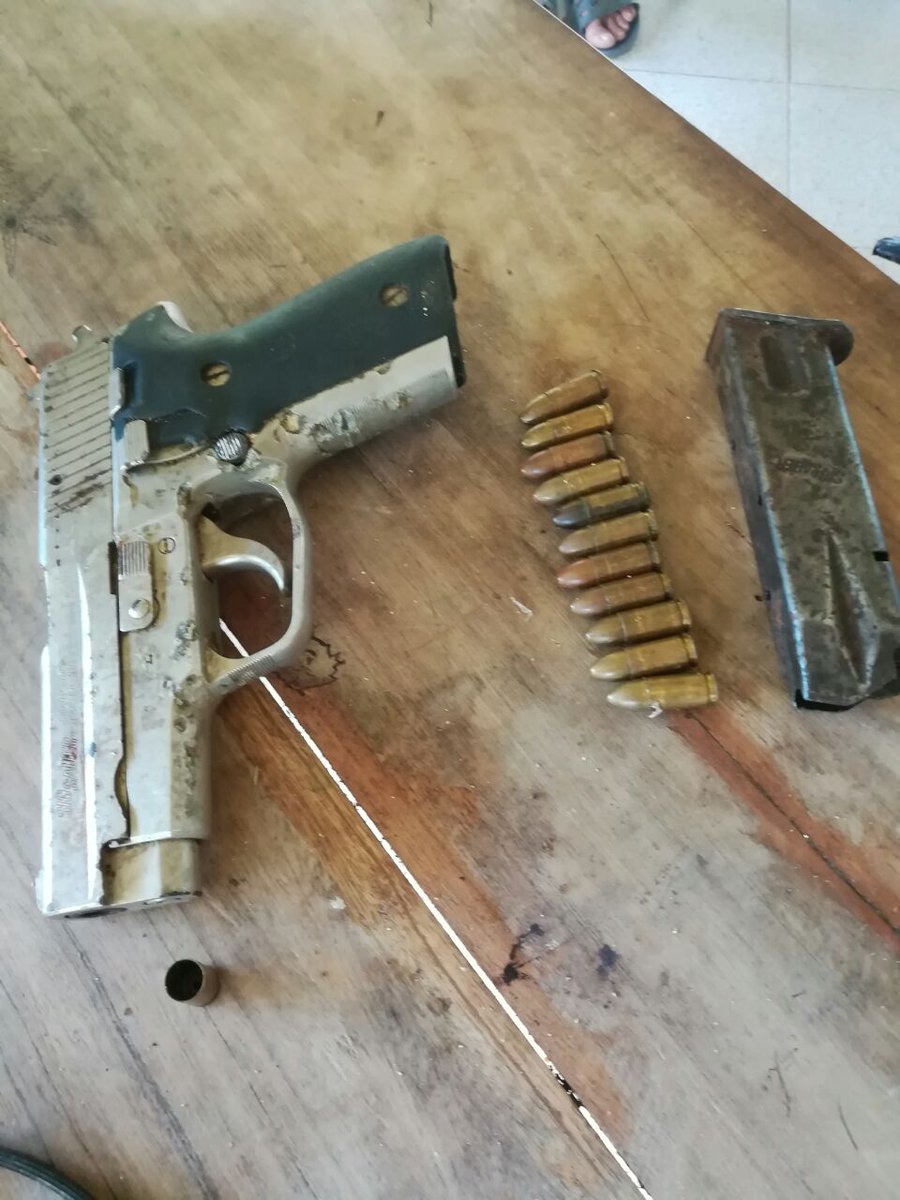 Paramilitaries have also targeted peace community leader Gildardo Tuberquia with death, saying they were going to kidnap and kill him. Such threats must be taken extremely seriously.

Since the peace community was established in 1997, more than 200 of its members have been killed or subjected to enforced disappearance. February 21 marks the anniversary of a terrible massacre, when paramilitary and security forces killed eight members of the Peace Community, including three children.

Our action is urgently needed now to ensure such atrocities are not repeated.

1. WRITE A LETTER TO COLOMBIA’S PRESIDENT

Personal letters from Canada can have a powerful impact because Colombia is mindful of its international reputation and Canada is an important donor to peacebuilding initiatives in Colombia.

Send your letter to :

Reach out to others in your community who share an interest in peace and human rights. Provide a sample letter they can use to express their concern, or ask them to sign a letter you have prepared. The more letters, the greater the chance of achieving a positive impact.

The Peace Community is using Twitter as a means to reach out and gather expressions of concern about threats to their safety.  Members of the community draw hope and strength from expressions of international support.

Tweet a message that will be visible to the Peace Community.

>>>Sample tweets in English and Spanish :

4. SPEAK UP FOR OTHERS AT RISK IN COLOMBIA

Indigenous and Afro-descendant communities in Chocó are also at grave risk due to recent incursions, threats, attacks and assassinations by paramilitaries. Ironically, this has happened since Colombia’s president signed a peace agreement to end five decades of armed conflict with FARC rebels. 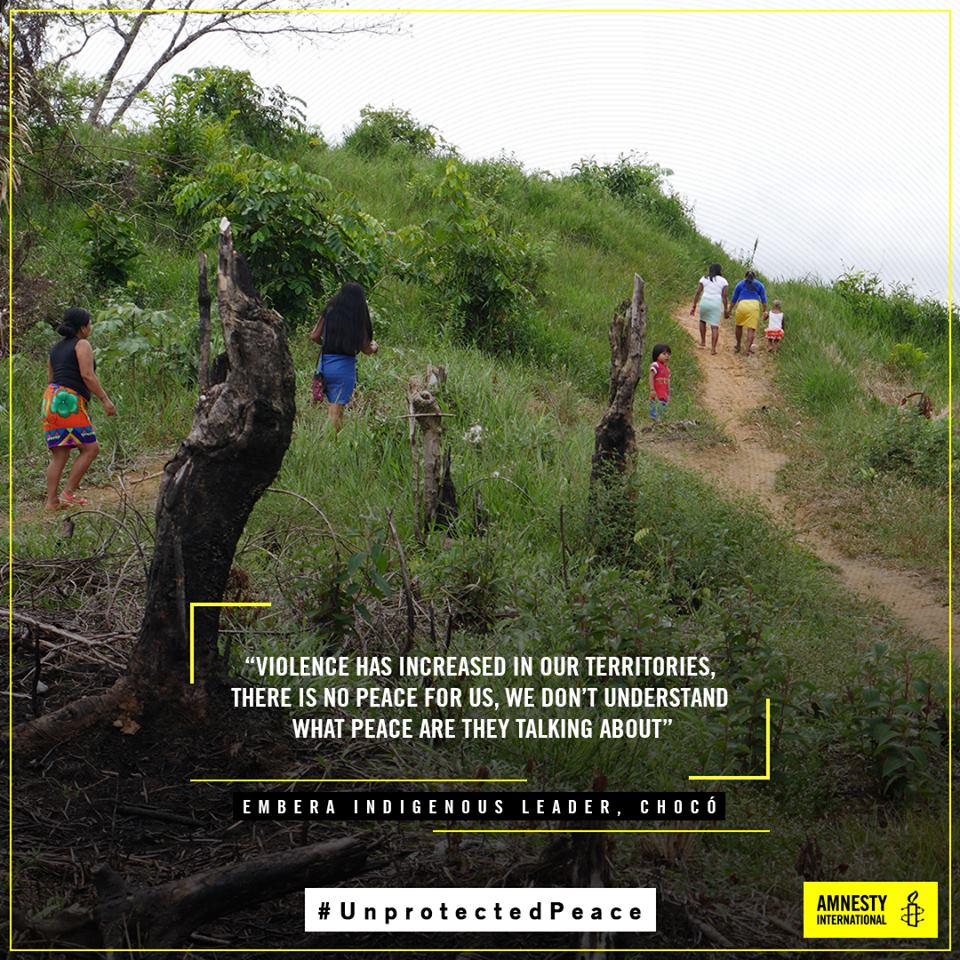 Colombian authorities must ensure that real peace extends to communities living in areas that others want to take over, whether because of minerals and other natural resources, agricultural potential or geographic location as a transportation route.

Before January 31st, please add your signature to an online action calling for action to protect these communities at risk.