A terrible anniversary begs a crucial question: will Canada speak up for the disappeared in Mexico?

Photo Credit:
Photos of students disappeared on September 26, 2014 adorn chairs at the college they attended, with the words: "They were taken away alive, We want them back alive." ©Telesur

This commentary was first published on iPolitics

It was an unusual but defining image: two smiling heads of state jogging together across an Ottawa bridge in shorts and t-shirts. 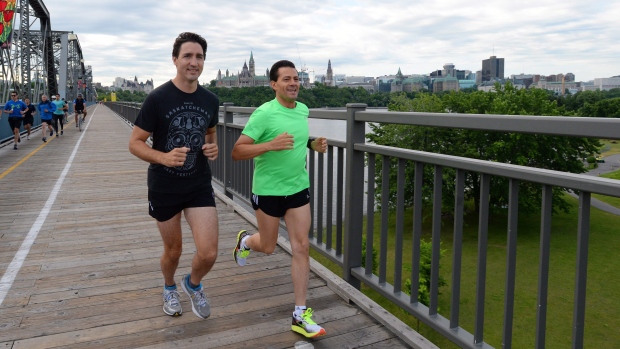 Justin Trudeau’s much photographed run with Mexican President Enrique Peña Nieto, during his state visit to Canada in June, was meant to convey an important message. Canada has a close friendship with Mexico, the PM said on repeated occasions, describing it as a partnership based on shared values and cemented with new agreements for collaboration, not to mention growing trade and investment.

So it’s no wonder back in Mexico, if some have high hopes of Canada, especially amidst an acute human rights crisis and deep, well-justified distrust of Mexican authorities.

September 26th marks two years since the unthinkable happened. Buses carrying students from a rural teacher-training college were attacked with gunfire by police in the town of Iguala.

Three students were shot to death, executed in the street amidst the desperate cries for help of their classmates. Others were badly injured, one remains in a coma, and 43 students were loaded into police vehicles, never to be seen again. 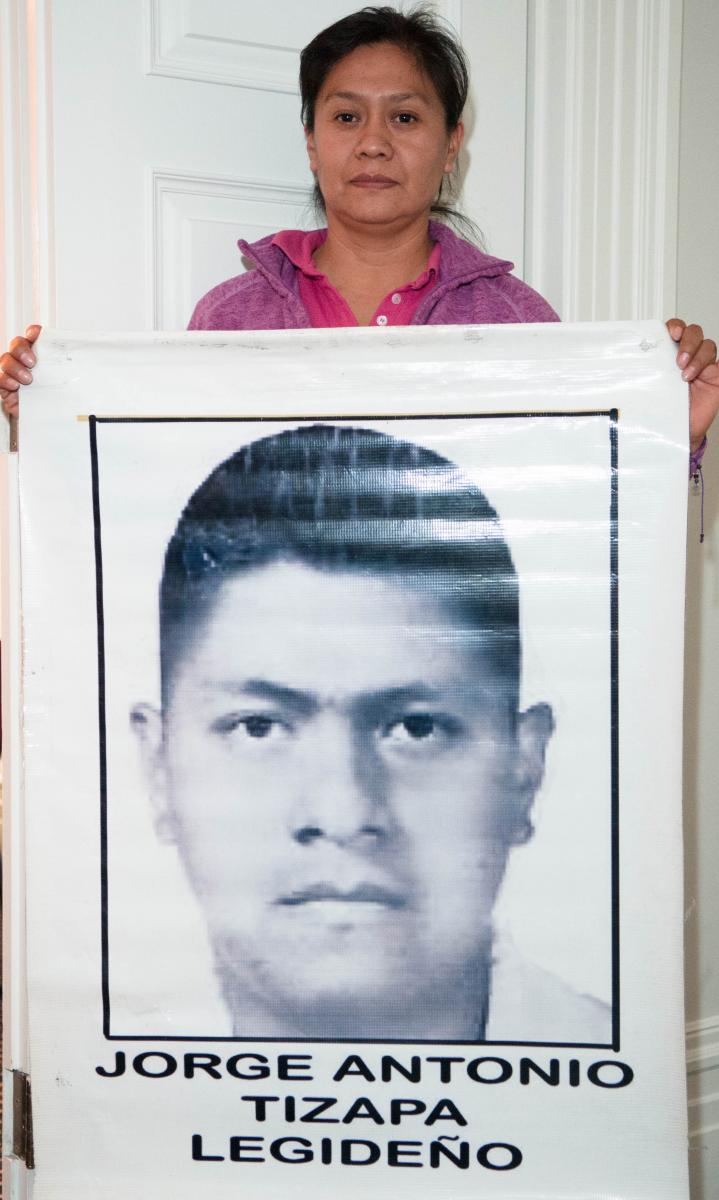 One of them was Jorge Antonio, the beloved son of Hilda Legideño, seen at left during a 2015 visit to Amnesty International's Ottawa office.

“We’ve spent two years searching,” Hilda told me this week, recounting the tireless, agonized, courageous efforts of her family and the relatives of the other missing students. “The Mexican government has responded with repression and lies,” Hilda added. “We ask Canada to support our efforts and call on Mexico for the truth.”

It’s an appeal for international pressure that cannot be ignored, especially given Canada’s relationship and potential to influence Mexico. Surely friends do not remain silent amidst gross, shocking injustice with terrifying consequences.

Amnesty International has documented deep flaws in Mexico’s investigation into what happened to the students, an investigation that seemed intent from the beginning on covering up who was involved.

While more than 100 people have been arrested, most are local police officers and gang members. They were charged with kidnapping, homicide and other crimes but not with enforced disappearance, hampering efforts to establish command responsibility.

Equally disturbing, many of those behind bars allege they were tortured in order to “confess” to involvement or provide “information” to corroborate the government’s claim that police handed the students over to a local gang, who killed them and burned their bodies to ashes at a garbage dump.

Independent forensic experts later established this was scientifically impossible, while an international panel of experts appointed by the Inter-American Commission on Human Rights accused the government of failing to follow up key lines of investigation, manipulating evidence, and protecting officials suspected of involvement in the enforced disappearances. Little wonder that the Mexican government refused to renew the mandate of the international experts earlier this year, and failed to implement their recommendations, including investigation of the military.

Canada cannot allow the Peña Nieto administration to get away with ignoring the facts, obstructing justice, brushing off well-founded complaints and preventing international efforts to uncover the truth about such an emblematic case. The suffering of the students and their families must not be swept under the carpet. This will only fuel the epidemic of disappearances that is sowing terror throughout Mexico. 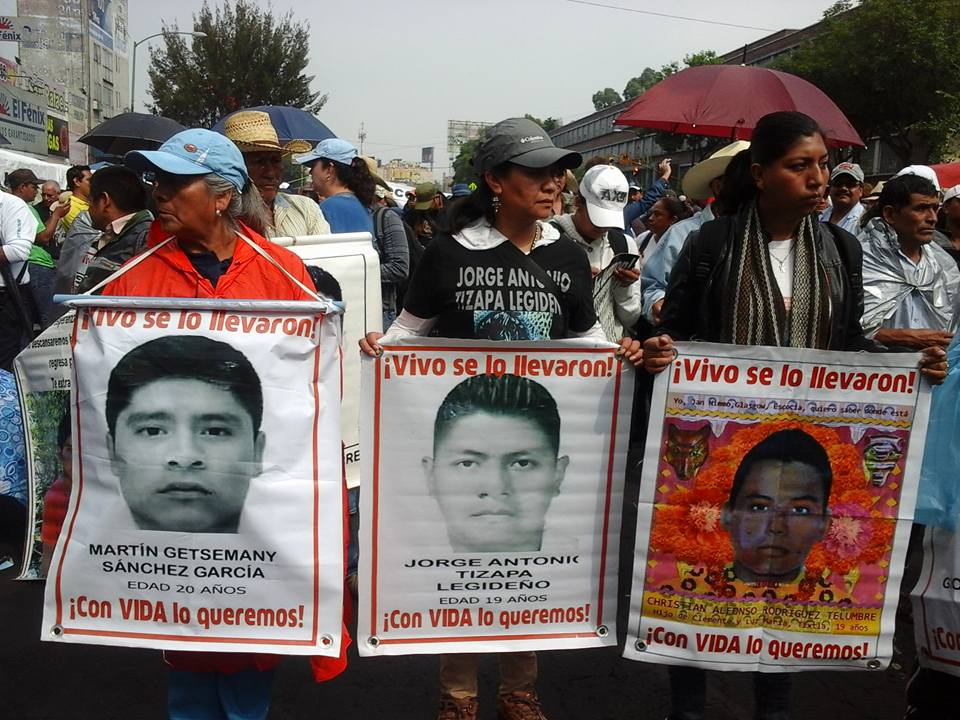 The figures are staggering. According to the government’s own statistics, more than 28,000 people have been reported missing in Mexico, most of them during the administration of President Peña Nieto. Few are investigated, amidst massive levels of corruption between officials and organized crime.

Relatives of the disappeared, like Hilda Legideño and the other families of the missing students, are left to search for themselves, even though doing so puts their own lives at risk.

Strengthened international pressure must be exerted and Canada has a vital role to play. This means speaking up firmly and consistently, publicly, privately, in bilateral meetings, and in international spaces like the United Nations.

Human rights, justice, the missing students, their families and all relatives of the disappeared must be front and centre, a top priority for Canada’s engagement with Mexico. Anything else is simply not acceptable.