'We never thought this could happen to us': A sinister story of arbitrary detention in Mexico

The phone rang at four in the afternoon, exactly as scheduled. The ringing heightened the tension in the small living room of the 1950s house in Mexico City.

“Will you accept a call from the West Federal Prison?” said the voice at the end of the line.

“Yes, of course. Yes, I will,” Blanca responded, visibly nervous, as if she hadn’t done this before. 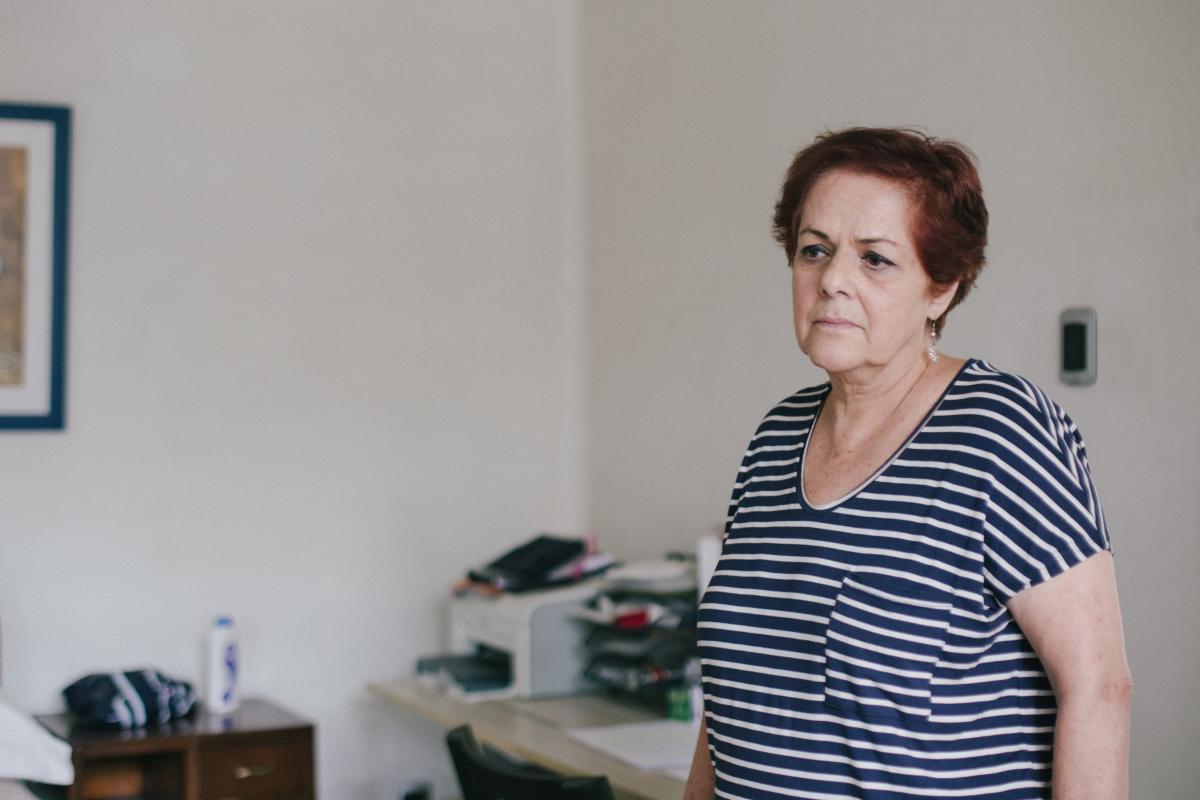 But Blanca Aviña Guerrero (photographed above in her home) has done this many times before. She has been doing it every Friday since her youngest son, Enrique, was arbitrarily detained by federal police in May 2013 and eventually thrown into a maximum security prison in the state of Jalisco, around 540 km west of Mexico City.

Authorities claim Enrique, 28, was involved in kidnapping the nephews of a well-known local businessman.

But a closer look at his case reveals a more sinister story.

It appears to be an attempt by authorities to show they are tackling the country’s brutal drug cartels and high crime rates. But the reality is different.

In some cases, they ask victims for money not to be arrested. In others, they torture individuals to force a “confession”. Most victims are poor, lacking resources to challenge the legality of their detention.

Many arrests end up being cases of “wrong place, wrong time”. But Blanca never thought this could happen to her family.

Enrique was a bright student at the Universidad Nacional Autónoma de México, one of the most prestigious universities in Latin America. Renowned Mexican poet Octavio Paz, novelist Carlos Fuentes, and the business magnate and philanthropist Carlos Slim Helú, Mexico’s richest person, studied there. 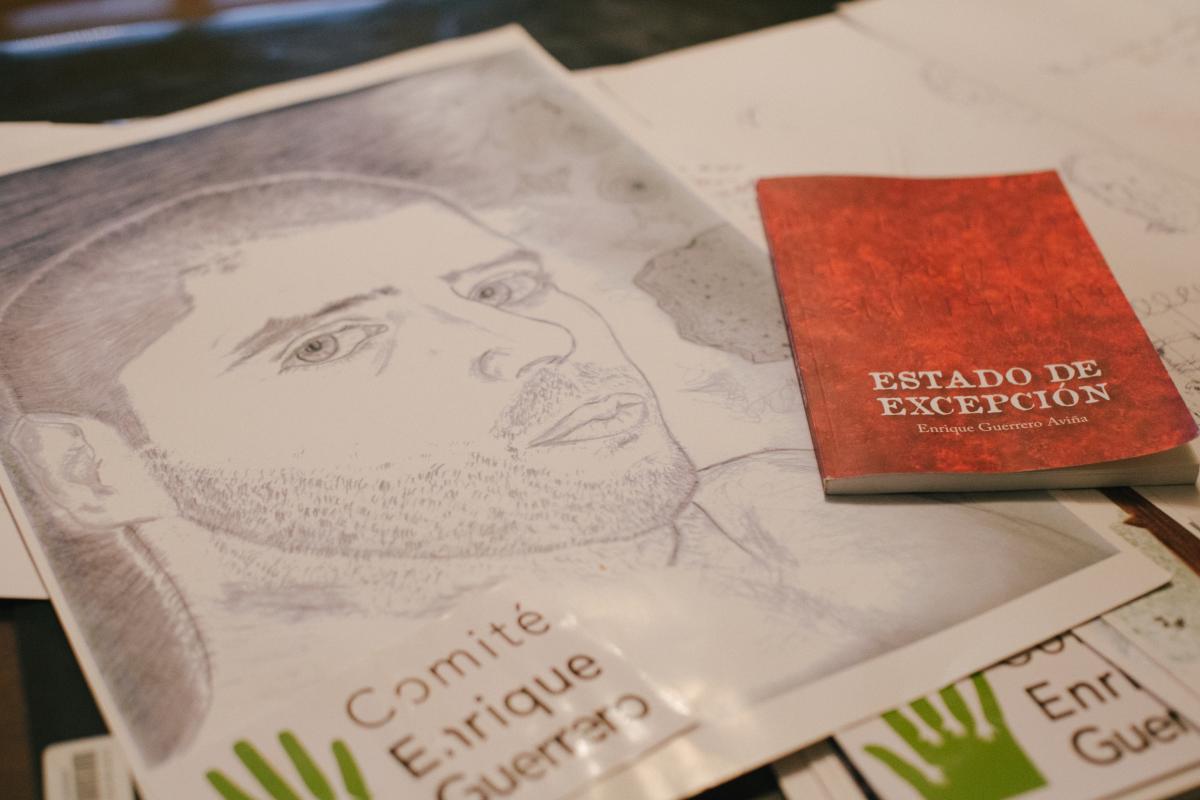 Enrique was a chess champion, popular among his friends and a born leader, who took pride in his social work outside class.

“We used to take part in big meetings to discuss education reform and opposition to war,” said human rights activist and Enrique’s partner, Lénica Morales (below). “We used to organize study groups at university and across the city.” 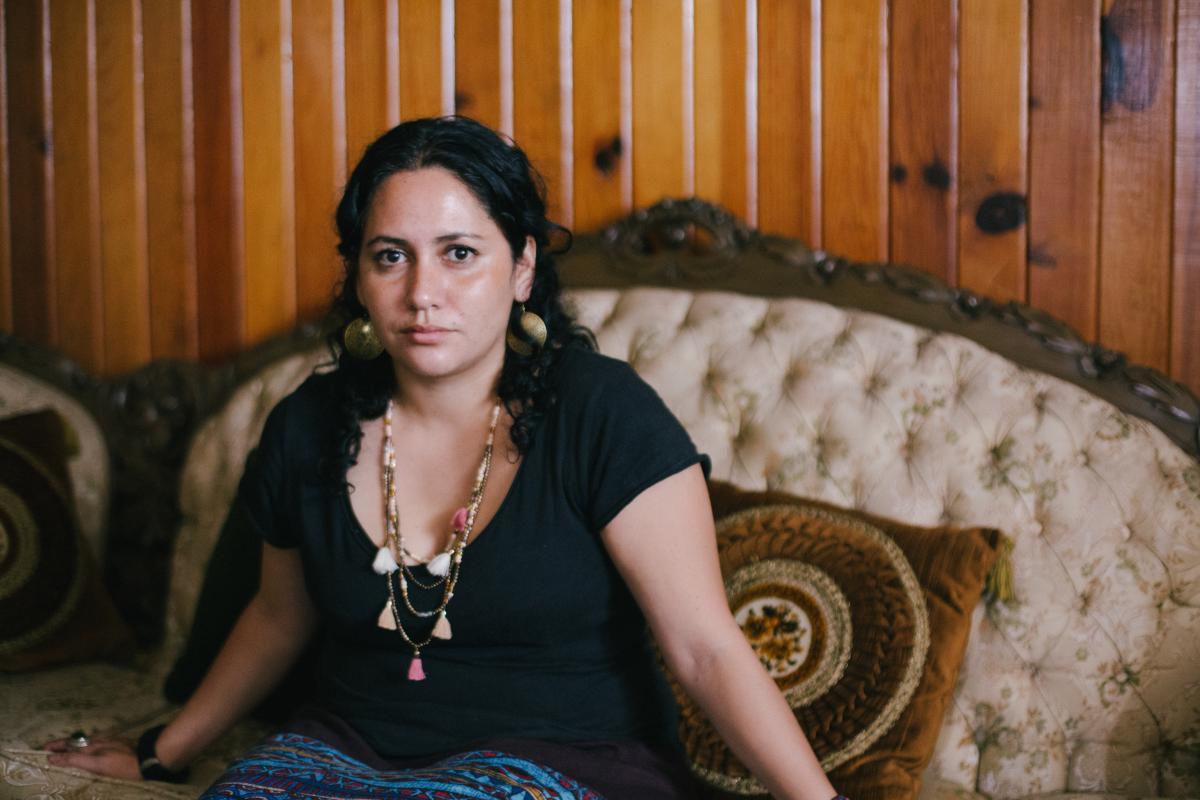 Enrique and Lénica met while at university, in 2006. Since then, they shared common interest and bonded over working for justice in Mexico.

They joined the social movement I am 132 (Yo Soy 132), one of the largest student movements in Mexico’s history.

The movement began in 2012 as a show of solidarity towards 131 students who demonstrated against a political speech by President Peña Nieto at the Ibero-American University that year.

The students wanted to highlight Peña Nieto’s actions in 2006, when he had been the governor of Mexico State, overseeing the brutal repression of protesters in San Salvador Atenco.

In reporting the event, some media organizations claimed the students were paid opposition hoping to topple Peña Nieto’s candidacy.

But the students recorded a video in response, filming their university identity cards to prove their identities, and it went viral.

The movement grew. Months later, when Peña Nieto was elected, protests against him were occurring nationwide.

What began as a regular Friday night deteriorated when he was driving near the Azteca stadium – the largest football stadium in the country, the scene of Diego Maradona’s 1986 ‘Hand of God’ goal – at the southern edge of Mexico City. Enrique called his mother in desperation, saying someone was following him.

Men in a white van began shooting at his car and forced him to stop. Panicked and fearing the men were criminals, Enrique got out of the car and started running. He bumped into a police car and asked them for help.

He texted his mother Blanca from that car to say he was fine but unsure what was going on. 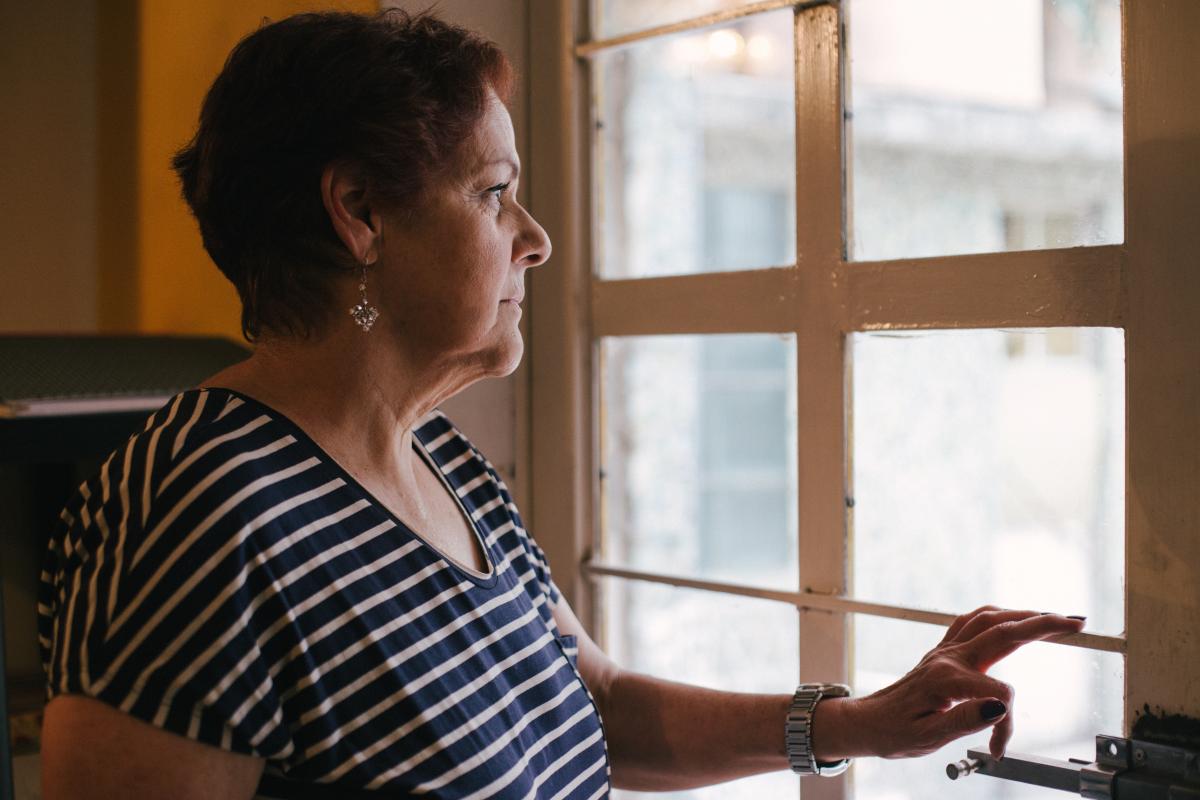 “He told me he was in Churubusco [around 20 minutes’ drive north of where the chase started] and then I just didn’t hear any more from him,” said Blanca.

Enrique went missing for the next 30 hours. His family desperately looked for him in various places: the Prosecutor’s Office, in hospitals, in police stations. No one had any information. The detention had not been recorded. 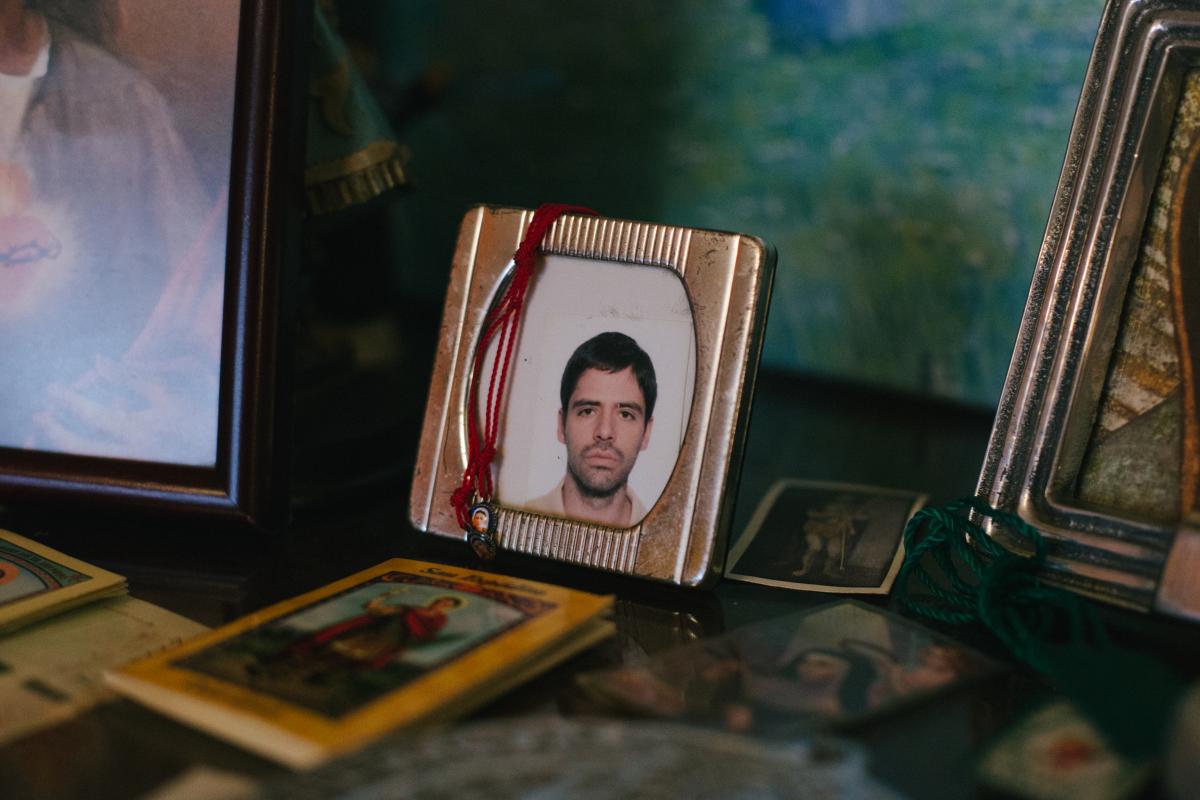 Enrique was eventually found in the Attorney General’s Office.

Lawyers advised Blanca to let her older son – who had travelled back to Mexico from London where he was living – to see him first.

Enrique had been tortured in a bid to make him “confess” to the kidnapping he was accused of – which he refused to do. He was then paraded with a group of 12 other people in front of the media. They were branded as the gang responsible for the crime.

A day later, Enrique was moved to a maximum security prison in Jalisco.

“It was there that the worst began,” Blanca said. “At the time, we didn’t think everything was going to take so long”.

In a space of four days, Enrique had gone from being a star student to being branded a highly dangerous criminal.

He had been charged with kidnapping, which carries a sentence of up to 45 years in jail.

Four years after his arrest, he has still not been sentenced.

His lawyers and Amnesty International say the case against him is marred with flaws.

As he awaits the conclusion of his trial, Enrique spends more than 20 hours a day in a small cell of less than four square metres, barely furnished with a small sink and a shower. Getting hold of books or even a pen is a challenge.

“This whole process has been very difficult,” Enrique said from jail. “Many people ended up here after an arbitrary detention, after being tortured, accused of crimes they did not commit”.

Enrique sounded upbeat, perhaps because he knew he needs to sound strong for his family. When he called, Blanca stood next to the phone, eager to hear every word coming from her son’s mouth.

“We never thought this could happen to us, but now we know that this can happen to anybody,” she said.

So why are the Mexican authorities doing this?

“I don’t know what to say,” she responded. “The government doesn’t listen. They say that this is the way things are and no one can convince them otherwise. It is very hard to know that there are so many injustices here and no one does anything. That you can be disappeared and no one cares.”

Over the telephone, Enrique was asked what he would tell the government if he had a chance to confront them about his case.

“I would ask them for justice,” he said. “But that is something they do not want to listen to, they will never understand.”

And with that, his 10-minute weekly call was out of time.

[This feature by Josefina Salomón was originally published in Vice]