When there’s nowhere to go: in conversation with Rebecca Kudloo and Rhoda Ungalaq

Rebecca Kudloo and Rhoda Ungalaq both serve on Pauktuutit Inuit Women of Canada’s Board of Directors. Rebecca, an educator and counsellor from Baker Lake, Nunavut, is involved with Mianiqsijit, a local project providing counselling to address inter-generational trauma. Rhoda Ungalaq, a retired teacher in Iqaluit, Nunavut, is a board member for the Qimaavik Women’s Shelter and Sivummut House (homeless shelter for women), operated by the YWCA Agvik Nunavut.

Rebecca and Rhoda sat down in Ottawa with Amnesty International’s Women’s Rights Campaigner Jackie Hansen last week to talk about the inadequacy of services in the north for Inuit women fleeing violence. Join Rebecca and Rhoda and take action now to call on the federal government to support the supports and services needed by Inuit women fleeing violence.

Where can Inuit women in the north turn when fleeing violence? 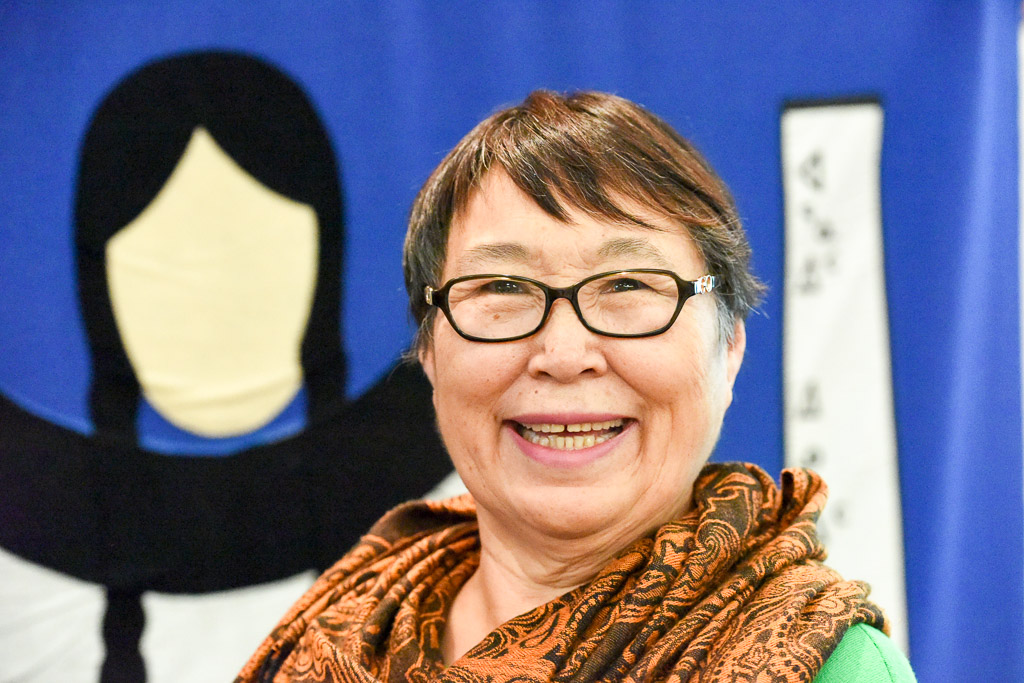 Rhoda: I am from Nunavut. Seventy percent of communities there don’t have a shelter. For example, if somebody wants to flee from violence from other communities other than Iqaluit, we have two places. One is a women’s shelter, the other is Sivummut House (shelter for homeless women). We get fleeing women from other communities from North Baffin. We don’t have enough money to run the shelters in our community. The government has forgotten us. For example, the federal government just put out money for shelters on reserves in Canada. We don’t live on reserves and often we cannot access those programs because they’re geared toward First Nations.

The homeless shelter in our community, the building was made for one family. Sometimes we get as many as 15 women and their children staying there. It’s overcrowded and now things are breaking because it’s an old building and we need money for maintenance and often we don’t have any money to fix those broken things. We get core funding from the government for the shelter but it isn’t always enough and it doesn’t always come on time. We often have to beg for the money for the shelter.

What supports are available to women living far from Iqaluit?

Rebecca: In my community, Baker Lake, we had a shelter for one family. But then the building was condemned. Right now we’re being told that women fleeing violence have to fly to Rankin Inlet, 45 minutes away. So when you’re fleeing, do you wait for the next plane to fly you out? Because they’re not going to charter a plane. So where do you go?

There’s nowhere to go to because there’s a lack of housing. Everybody knows everybody. If you run to your family members, you are also putting them in danger, and because of food shortages up north, you’re also putting that person at a disadvantage. A lot of time there’s no room for them at the shelter. They really have no choice but to go home to an abusive situation. That’s why a lot of our women are murdered in their homes.

Women who are fleeing violence sometimes end up in a city like Ottawa. They’re vulnerable. There’s no supports for them when they come here. They have very little money. They’re vulnerable to other abuses from people who take advantage of them. That came up a lot when we were working on human trafficking. Sometimes to get away from a violent home, there is abuse in other ways. We don’t want women re-victimized when they come to a city. They need support.

What is the solution?

Rebecca: We need to work closer with the government because we’re lumped in with First Nations all the time and we lose out on the funding. They need to understand how the dire the situation is in the north. And we have the highest rates of violence in the country, so it has to be looked at very seriously.

Rhoda: We’re struggling to have a shelter in every community.

What about counselling or other supports for women experiencing violence? 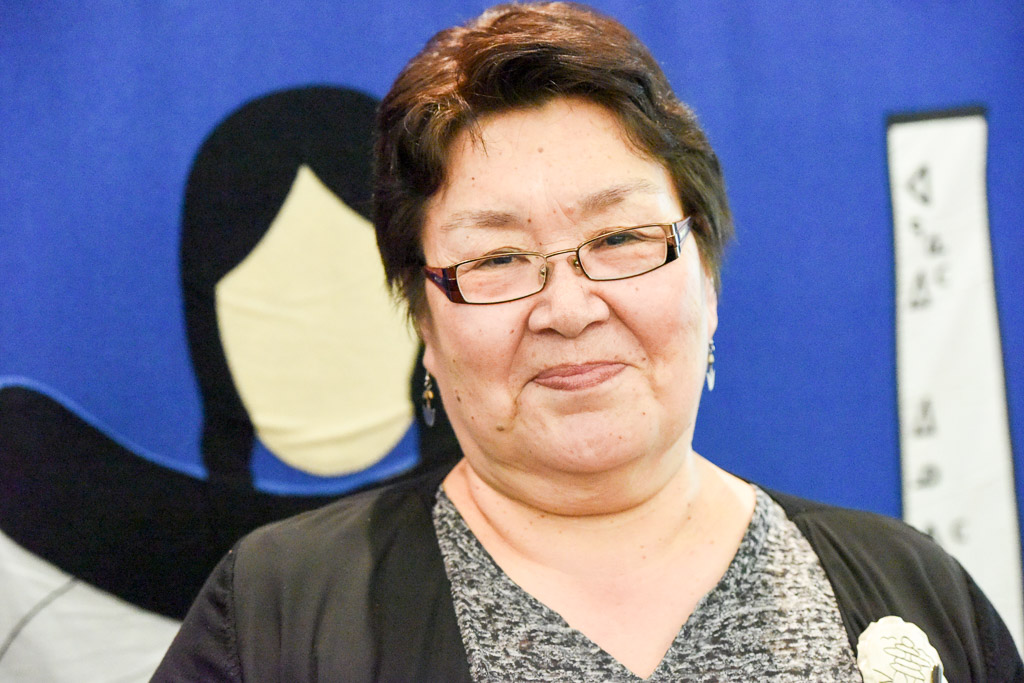 Rebecca: In Baker Lake we have Mianiqsijit, which counsels victims of family violence. We started out when 20 of our children were sexually abused by a priest. We provided supports for them. We soon learned that there’s other needs in the community. We thought we’d run for a year and we’ve been running for 30 because the need is there and it’s something that works in a small community.

We have Inuk counsellors, because when you’re Inuk and you’re going through crisis, our mind is thinking in Inuktitut and we want to be speaking Inuktitut. They don’t have all the degrees but they can counsel in the language. We also have a social worker who has all the degrees and they work together.

Rebecca: Because of lack of resources in a small community, our people are still suffering from past abuses like residential school, relocation, dog slaughter, all those things that happened to us. There hasn’t been any venue to get proper counselling for them so there is still a lot of anger out there. In order to change what is happening now with the highest rates of violence in Nunavut, those things are going to have to be dealt with and it’s not going to take a year. It’s going to take a long time. The intergenerational effects of those have been going on for a long time and they will continue unless we do proper counselling for our people and have supports in place.

How have men in the community responded to your programming?

Rebecca: With my program we felt we needed to educate the community and we did a lot of education, especially about childhood sexual abuse, because we wanted them to understand how they are affected. We did a lot of community education. There were people who said don’t talk about it, but we have to.

Join Rebecca and Rhoda and take action now to call on the federal government to support the supports and services needed by Inuit women fleeing violence.