Write for Rights: Meet the young people overcoming the odds and seeking justice in a bid to change our world

From calling out climate injustice to calling for women’s rights, tackling homelessness to exposing police brutality, children and young people are a leading force for change.

At 3.1 billion, they account for 42% of the world’s population – many of them in the Global South. Too often, they are the worst affected by the world’s greatest injustices, experiencing first-hand their blistering effects. They see their own communities ripped apart by poverty, inequality, discrimination, corruption – and are compelled to stand up to these forces.

This year, Amnesty International’s largest human rights campaign, Write for Rights, throws its might behind these children and young people who are overcoming the odds – to support them, give them strength and make it possible for them to continue to dare where adults in authority are failing.

>> Sign up for Write for Rights to support these young defenders on December 10th, Human Rights Day 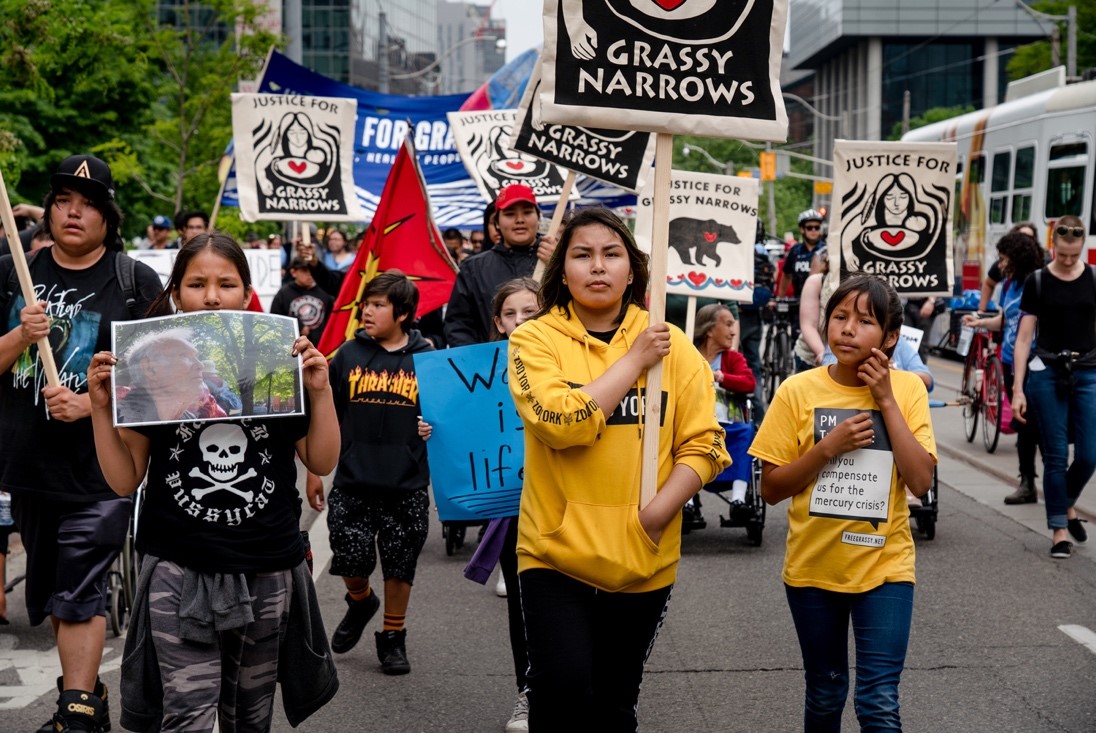 The people of Grassy Narrows, in Ontario, Canada, have been hard-hit by mercury poisoning, after the government allowed a pulp mill to dump 10 tonnes of waste into a river in the 1960s. The damaging effects are still seen today.

Fishing is an essential part of their way of life. But for more than 50 years mercury has contaminated the fish, making them dangerous to eat. This has robbed the Grassy Narrows people of their health and eroded their culture and traditions.

Rodney Bruce, aged 25, says, "I've always been taught that if you do something wrong, you have to fix it.”

Jianne Turtle, 13, a member of the Indigenous Anishinaabe community of Grassy Narrows, in Ontario, Canada, agrees. While the community's youth are fighting for a better future, she says the government “has been talking a lot but hasn’t done anything.”

While the government has done very little to improve what is currently the country’s worst health crisis, the youth of Grassy Narrows won’t give up their fight until the government keeps its promises. 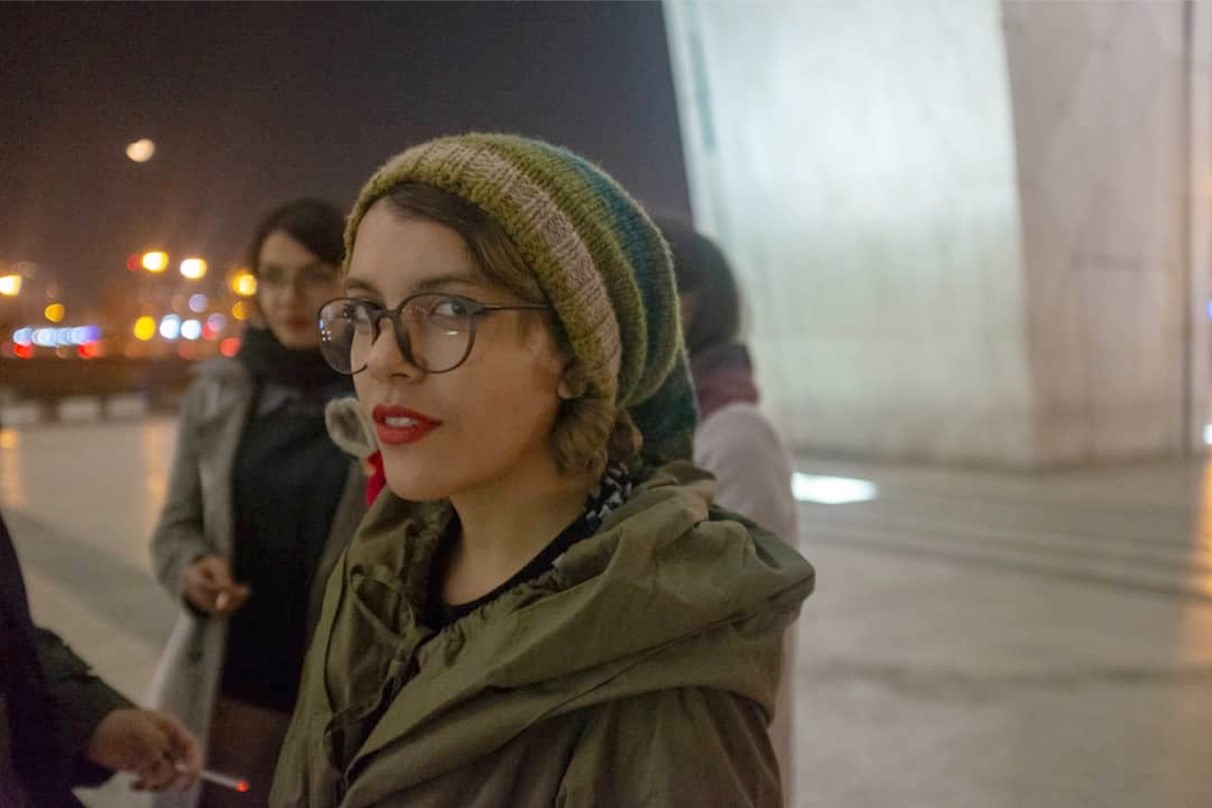 A flower generously shared, a scarf gently removed: two simple gestures that Yasaman Aryani dared to make on a public train in Iran. It was International Women’s Day 2019 and Yasaman stood up to Iran’s forced veiling laws in a brave act of defiance. She walked through a women-only train carriage, hair boldly uncovered as she handed out flowers. She spoke of her hopes for a future when all women would have the freedom to choose what to wear so that one day they could walk together “me without the hijab and you with the hijab”.

These moments, captured on video, went viral in March 2019. On 10 April, Iran’s authorities arrested Yasaman, holding her alone in a cell for days while interrogators questioned her. They told her to “confess” that foreign elements were behind her activism and to “repent” her actions. If she didn’t, they would arrest her friends and family. On 31 July, Yasaman learned she had been sentenced to 16 years in prison - she must serve at least 10 years.

In Greece, you can go to jail for trying to save a life. It happened to Sarah Mardini, 24, and Seán Binder, 25, when they volunteered as rescue workers for an organization in Lesvos. Their job was to spot boats in distress at sea and help refugees. They are accused of spying, people-smuggling and belonging to a criminal organization. If found guilty, Sarah and Seán could go to prison for 25 years. They already spent more than 100 days in prison before being released on bail in December 2018.

“It was horrendous to come to the realisation that we were in prison for having done nothing more but trying to assist people and it was even more frightening to realise that that was happening to many other people across the European Union,” said Seán, now living in Ireland. 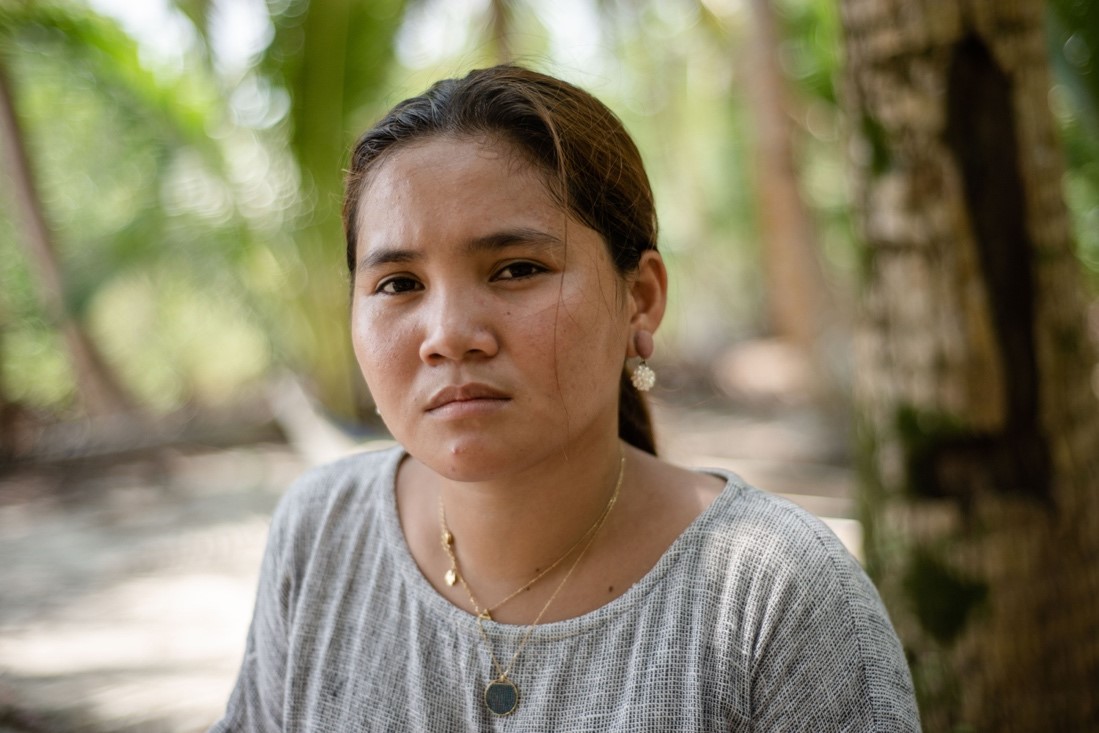 Marinel Sumook Ubaldo was 16 when she knew she had to find a way to protect herself and her community from the disastrous effects of climate change. On 13 November 2013, she survived Typhoon Yolanda (known internationally as Typhoon Haiyan) – one of the deadliest typhoons on record. Six years later, Marinel got her degree in social work. A nature lover and well-known youth activist, she spends her spare time campaigning for her community’s rights.

In September 2018, she went to New York City to give evidence to a landmark investigation into whether fossil fuel companies have violated the human rights of the citizens of the Philippines. The case was brought by survivors of Typhoon Yolanda.

“I’m not just...a climate statistic,” she told a packed assembly hall. “My story is only one of many, and I’m here to speak on behalf of the vulnerable and the marginalized communities – may our voices be heard.”

Today, Marinel is calling for climate justice and for the government to take steps to better protect her and her fellow citizens from natural disasters that are being made worse by climate change.

Nasu Abdulaziz loves cycling, a normal pastime for a young person in Nigeria. Except that Nasu’s circumstances are nowhere near normal. Right now, he’s fighting for his right to a home.

When he was 23 and should have been enjoying life, men with guns and in bulldozers descended without warning on his community of Otodo Gbame in Nigeria’s, Lagos. Acting on the orders of the government, these men set upon the homes of this century-old community, crushing and burning down houses, shooting families, destroying livelihoods.

In 2017, the night before the final eviction, Nasu was shot in the arm by hoodlums. The next day, the Lagos State Task force swarmed the community again, shooting at and teargassing them. Panicked residents fled, some jumping into the nearby lagoon and drowning. Nine people were believed to have been killed with another 15 are still missing.

By the end, 30,000 people were homeless, forced to live in canoes, under bridges or with friends and family. Nasu lost his home but he still has hope. Today, he’s joined the Nigerian Slum/Informal Settlement Federation, a mass movement of people like him who won’t rest until they secure their right to a home.

“Nobody’s against development. But development should have a human face. Housing is not a privilege. It’s our right,” said Nasu. 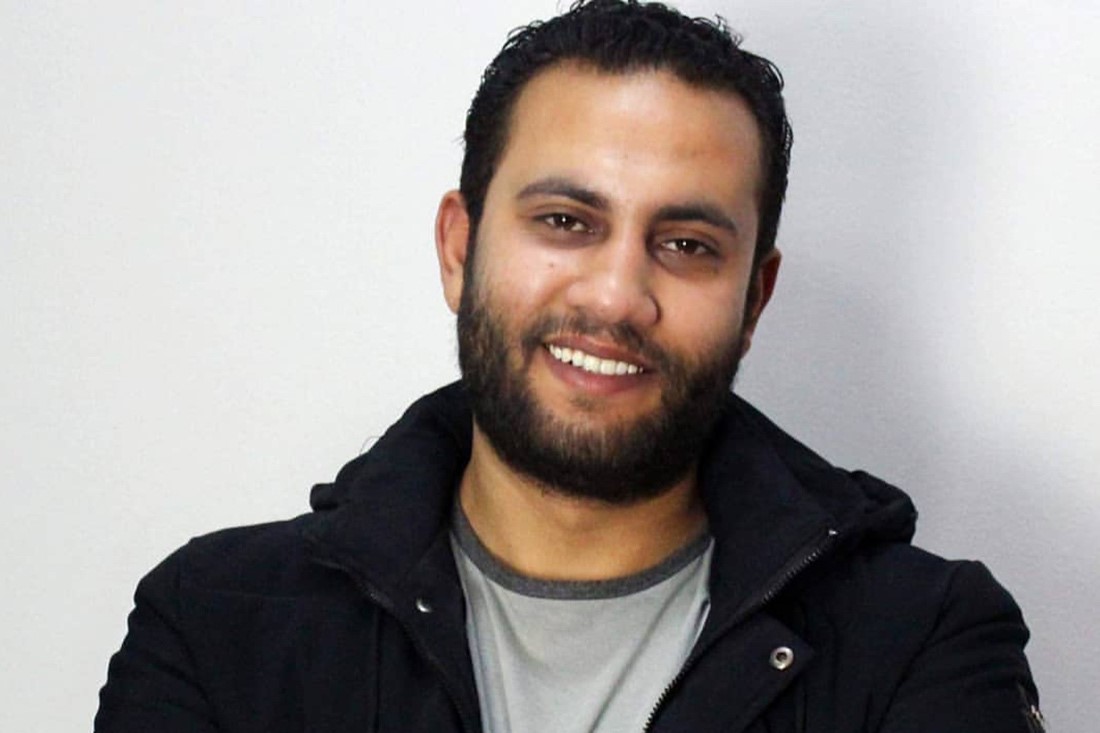 Ibrahim Ezz El-Din, 26, is a human rights researcher who lives in Cairo, Egypt. He loves his job, where he researches and reports on people’s access to safe and affordable housing in Egypt – a basic human right. On 11 June 2019, Ibrahim was walking home when four security officers dressed in plain clothes surrounded and arrested him. When his mum found out, she went straight to the local police station, but the police told her Ibrahim was not there, and denied he was detained at all. Ever since that night Ibrahim’s family have been trying to find out what happened to him. Ibrahim is the fifth person linked with his organization, the Egyptian Commission for Rights and Freedoms, to have been disappeared in just three years.

UPDATE: On November 26th, 2019, after 167 days of enforced disappearance, Ibrahim appeared before the Supreme State Security Prosecution. He was questioned about his human rights work and no evidence was presented against him. Ibrahim, who appeared weak and having lost much weight, told the prosecutor that he was tortured during his detention to extract information about his relationship to the Egyptian Commission for Rights and Freedoms and its work, and was kept in inhumane and degrading conditions of detention, at several security agencies locations. The location of his current detention remains unknown. 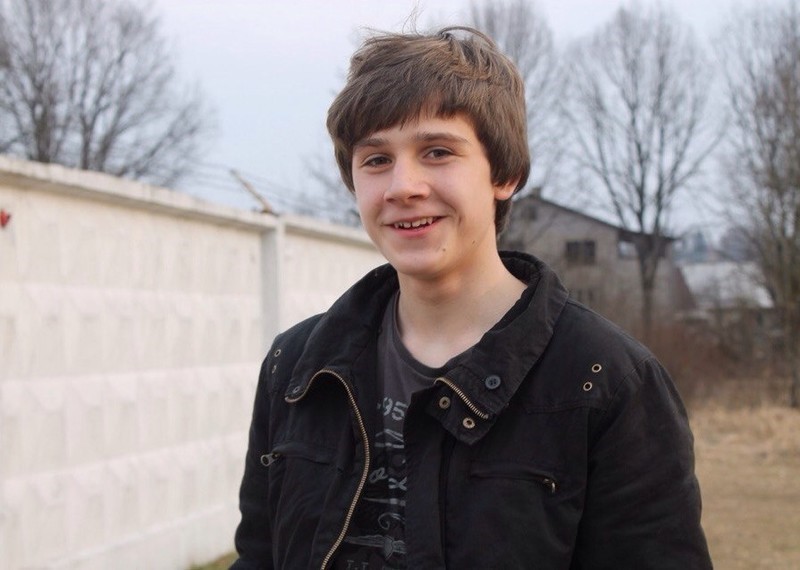 Emil Ostrovko was waiting for his girlfriend at a bus stop on the outskirts of Minsk in April 2018. They were going to spend the day together. Suddenly police officers arrived – they beat Emil and arrested him for distributing illicit drugs. He was just 17.

Earlier in 2018, Emil had got an after-school job as a courier for an online company. His employer told him the parcels he was delivering contained legal smoking mixtures. After spending months detained, Emil received a 10-year prison sentence for drug trafficking, later reduced to eight years when some charges were dropped. Investigators never looked for the owner of the company, nor anyone else. Only Emil was prosecuted. Now in prison, he hasn’t been allowed to finish high school and his plans to go to university have been crushed. 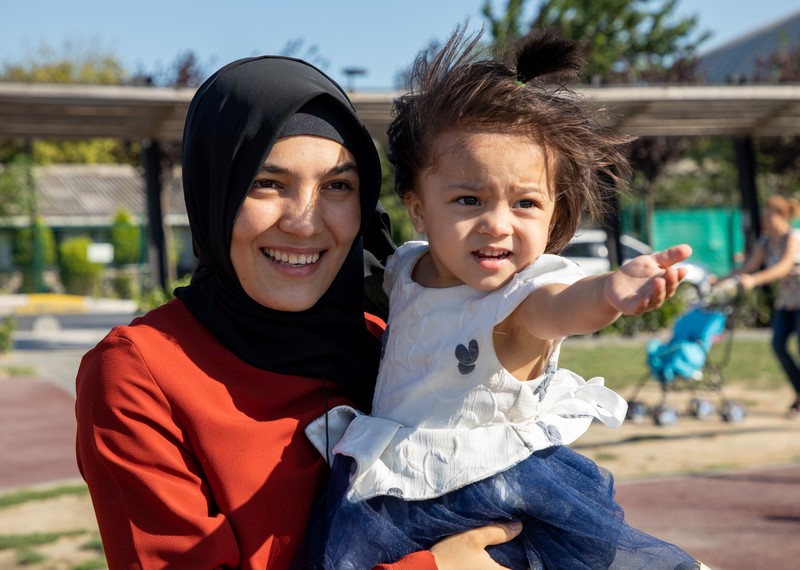 Yiliyasijiang Reheman and his wife Mairinisha Abuduaini were expecting their second baby when he went missing. The young couple were building a new future for themselves. But their lives were shattered in July 2017 when China pressured the Egyptian government to round up hundreds of Uyghur people in the country. Yiliyasijiang was among them.

Three weeks later, Mairinisha gave birth to their new baby alone. She was just 19. Since 2017, she has been searching for her husband, never losing hope that their family will one day be reunited. Mairinisha, who now lives in Turkey, learned through friends that Yiliyasijiang had been sent back to Xinjiang in China. She suspects he’s in one of China’s secret internment camps where Uyghurs are brainwashed with Chinese government propaganda.

“My husband should be released as soon as possible,” she says. “Our children need their father. I will never give up until we can be reunited with my husband.” 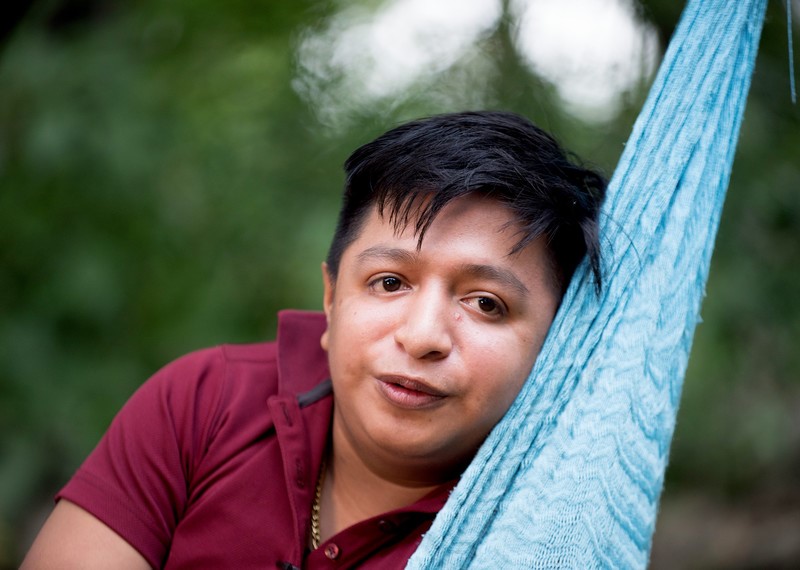 José Adrián was on his way home from school when police jumped him, threw him against their car and stomped on his neck. He was 14. Adrián had stumbled onto the aftermath of a clash between a group of youths that ended up damaging a police car.

The police arrested Adrián, with no explanation. They didn’t call his parents and a hearing disability may well have prevented him from communicating well with police during his ordeal. The officers shoved Adrián into their car and drove him to the police station where they strung him up by handcuffs. “They left me for almost, like, half an hour there,” he says. “They hit me on my chest. Then they slapped me across the face.”

Adrián was finally released after his family paid the fine and the cost of damage to the patrol car – money they couldn’t afford. Adrián dropped out of school because of what happened. After years of seeking justice, Adrián was finally given a hearing aid. He’s keen to leave this behind and start planning for the future, but the police who assaulted him remain unpunished.

“I want them to clear my name,” he says. “My name which they put on their list. And I don’t want it to ever happen to another child again. That’s all I ask.” 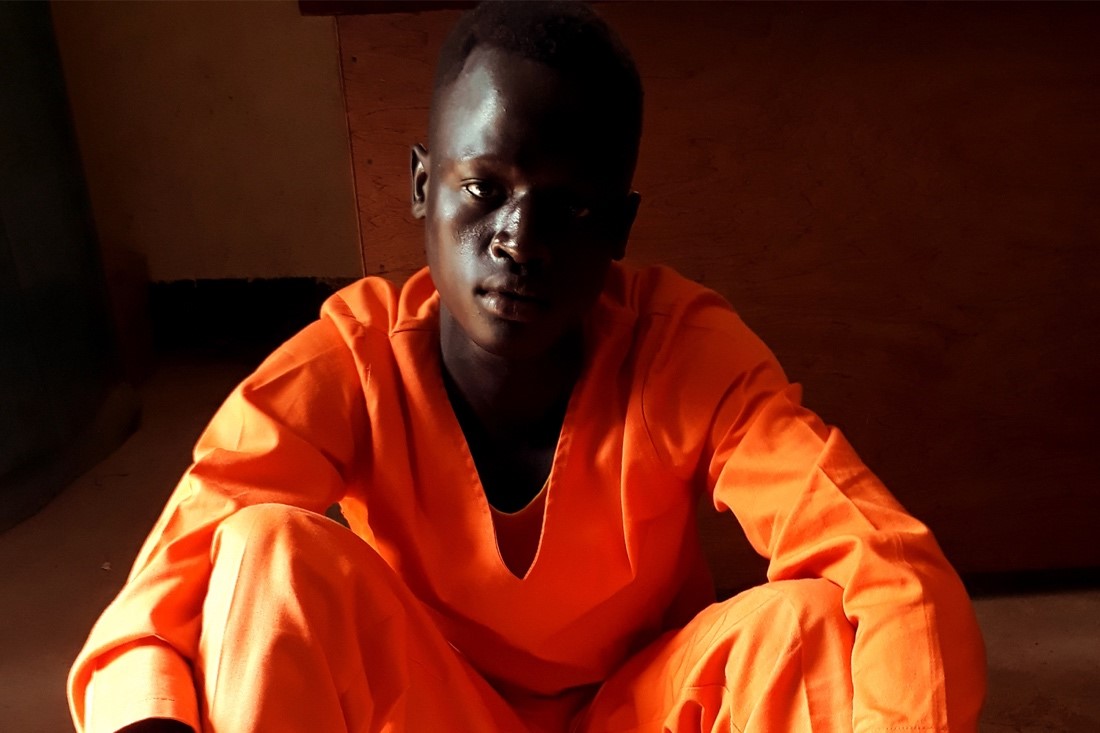 When Magai Matiop Ngongwas was 15, he was in secondary school, with dreams of helping people when he grew up. But in 2017, he was convicted of murder. At his trial, he told the judge that he was 15 and tried to explain that the killing he was accused of was an accident, but he was sentenced to death by hanging.

“The feeling is not good at all, to be informed that you are going to die, I am not happy for that...” said Magai.

Two years after his sentencing, Magai is on death row in Juba central prison waiting for his appeal but he hasn’t lost his “hope...to be out and to continue...school.”

Call on the Government of Canada to stop ignoring mercury poisoning at Grassy Narrows.
Take Action