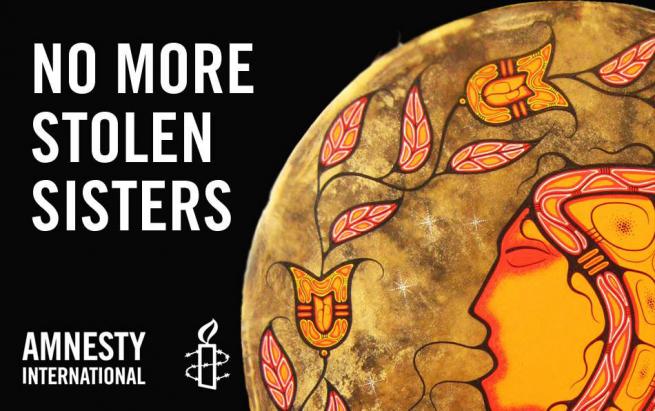 Years of campaigning led by Indigenous women, girls, and two-spirit people resulted in government finally calling an inquiry to investigate the scope and scale of violence against Indigenous women, girls, and two-spirit persons, and to identify solutions to end the violence. In June 2019, the National Inquiry into Missing and Murdered Indigenous Women and Girls issued its final report, including 231 Calls for Justice. The federal government committed to creating a National Action Plan by June 2020 to transform the Calls for Justice into concrete actions, but has delayed creation of the plan, and a timeline and process to create it remains unknown.

Normally on October 4th, hundreds of Sisters in Spirit vigils are held in communities across Canada to honour Indigenous women, girls, and two-spirit people who have gone missing or been murdered, and every year many Amnesty members participate in these vigils.

This year, October 4th will be a bit different because of the pandemic. Some communities may hold outdoor, socially distanced vigils. Vigils may not be organized in other communities. And there may even be online virtual vigils. Whether or not a vigil is held in your community this year, please take time on October 4th to take action to end violence against First Nations, Métis, and Inuit women, girls, and two-spirit people.

PARTICIPATE IN A VIGIL

READ, WRITE A LETTER, AND OTHER WAYS TO TAKE ACTION!