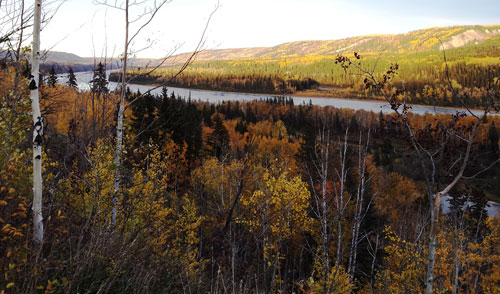 “Our Elders continue to remind us that we must protect the land, and exercise our Indigenous Rights and Treaty Rights. Every week we learn of a new reason why Site C should not proceed….” Chief Roland Willson, West Moberly First Nations

In the coming weeks, the federal government will make decisions on permits necessary for continued construction of the Site C dam in north-eastern British Columbia.

If the government rejects or puts these permits on hold, it would buy time for important legal challenges by First Nations and local landowners to be addressed.

Unfortunately, despite public commitments to respect the rights of Indigenous peoples and ensure transparent and accountable environmental assessment processes, Prime Minister Trudeau and his Cabinet have remained silent on Site C.

The government needs to hear from constituents that the sincerity of its commitments will be judged by what it does about the Site C dam. We are continuing our online action. More than 41,000 people have already joined this action to send a message to the Prime Minister.

There is also a new, formal Parliamentary petition that we hope people across Canada will support. This is an important tool because if enough signatures are collected, the government will be required to respond to the House of Commons.

It's crucial that we build on this momentum. More than anything, we need to show the depth of Canadians' concern on this issue. Individual letters and messages to Members of Parliament are a powerful way to show your commitment.

Key points to raise in a letter, phone call or in person meeting

Please continue to promote the online petition by sending this link to friends and sharing it on social media: www.amnesty.ca/sitec