Systemic incompetence and a complete lack of will by State and Federal authorities in Mexico to properly search for and investigate the disappearance of thousands of people is fuelling a human rights crisis of epidemic proportions, said Amnesty International in a new report published today.

‘Treated with indolence’: The state’s response to disappearances in Mexico reveals how the deep failings in the investigation into the enforced disappearance of 43 students in the southern state of Guerrero in September 2014 are mirrored in the northern state of Chihuahua and across the country. According to official figures, the whereabouts of more than 27,000 people remain unknown, many of them have been forcibly disappeared.

“The relentless wave of disappearances that is taking over Chihuahua and the utterly reckless way in which the investigation into the enforced disappearance of the 43 Ayotzinapa students is being handled show the Mexican authorities’ total disregard for human rights and human dignity,” said Erika Guevara-Rosas, Americas Director at Amnesty International.

“Tragically, disappearances have become such a common occurrence across Mexico that they have almost become part of ordinary life. In the rare occasions when investigations actually take place, they are little more than a mere formality to pretend something is being done.” 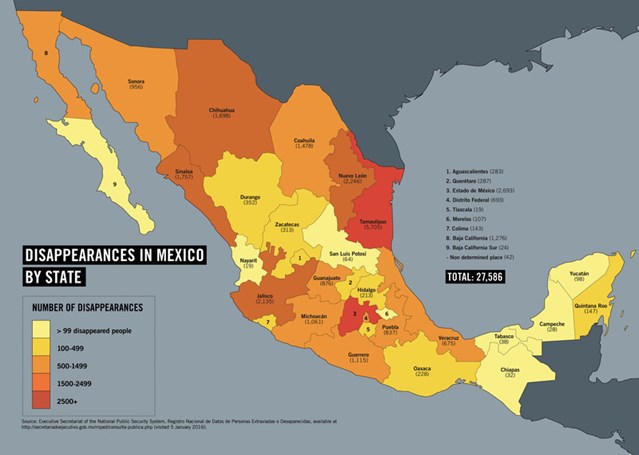 In many cases the individuals who are reported missing were last seen being arrested by the police or detained by the military. Yet, Mexico lacks a detailed register of arrests allowing the authorities to deny responsibility and wash their hands of the commission of enforced disappearances.

When relatives go to the police to report a disappearance, authorities tend to accuse the victims of being members of drug cartels and say the disappearances are a result of turf wars between rival gangs. The initial search for those reported to have been disappeared are routinely delayed – or not initiated at all. The rare investigations that do take place are usually so flawed they rarely lead to any results.

In the case of the enforced disappearance of the 43 Ayotzinapa students, the government’s failure to carry out a serious and impartial investigation has been well documented. It consistently focused on a single line of inquiry (that the students were arrested by municipal police, handed over to a criminal gang and their bodies burned in a local dumpster). The theory that the students were incinerated was categorically rejected by an international body of experts assigned by the Inter-American Commission on Human Rights, who deemed it to be impossible under the circumstances described by the Mexican authorities and not supported by evidence.

The poor investigation carried out to date has utterly failed to clarify any chain-of-command responsibility. The crime scenes were not protected nor properly filmed or photographed. Ballistic evidence was gathered but was not examined for traces of blood or fingerprints and crucial evidence was incorrectly processed.

Amnesty International’s researchers found similar examples of incompetence in the investigations into disappearances in the northern state of Chihuahua, and at least one case of cover-up by authorities in the state. Since 2007, nearly 1,700 people have been disappeared across Chihuahua.

In most cases, authorities frequently failed to carry out essential actions in the investigation, including checking telephone, banking and financial records of victims or suspects, searching for the geolocation signal of mobile phones or reviewing data from security camera footage in the area where the person disappeared.

These deep failures force relatives of the disappeared to take it upon themselves to search for their loved ones. Some travel the country to look for their relatives, others hire private detectives and gather evidence themselves.

Usually the information provided by families serves only to increase the size of the case file, but it is rarely carefully studied by the authorities in order to determine new lines of inquiry or follow up on all the available leads.

José Rosario Hernández was forcibly disappeared on the afternoon of 23 October 2011, when a municipal police patrol arrested him as he was driving with two friends through Ciudad Cuauhtémoc, Chihuahua state. His whereabouts remain unknown.

In the days following his disappearance the authorities refused to give any information to his family. Officials in the highway patrol and municipal police offices even denied that he had been detained, despite the fact that José Rosario’s car had been removed by a crane on the orders of the authorities and there had been witnesses to his arrest.

The family was able to identify the officer who had arrested José Rosario and challenged him to say what had happened, but he refused. The officer was eventually arrested, thanks to the efforts and repeated requests of the family and their legal representatives. His trial is due to start in January 2016. However, the investigation has not been thorough and information that could help reveal the whereabouts of José Rosario has not been pursued.

The mother of 22-year-old Brenda Karina Ramírez, who was disappeared on 19 July 2011 after she was taken away by armed men from the home of relatives in Ciudad Cuauhtémoc, has taken upon herself to look for her daughter, after authorities failed to properly investigate the tragic incident.

When she finally got hold of the official file of the case, she found it was nearly empty.

She told Amnesty International: “What is in my daughter’s file is what I have handed in, nothing else.”

The power and influence of the drug cartels also plays a powerful role in deterring investigations.

Relatives of another person who was disappeared said that members of the Chihuahua State Public Prosecutor’s Office reportedly refused to carry out an investigation in a certain part of the state, saying: “We are afraid, we cannot go there.” 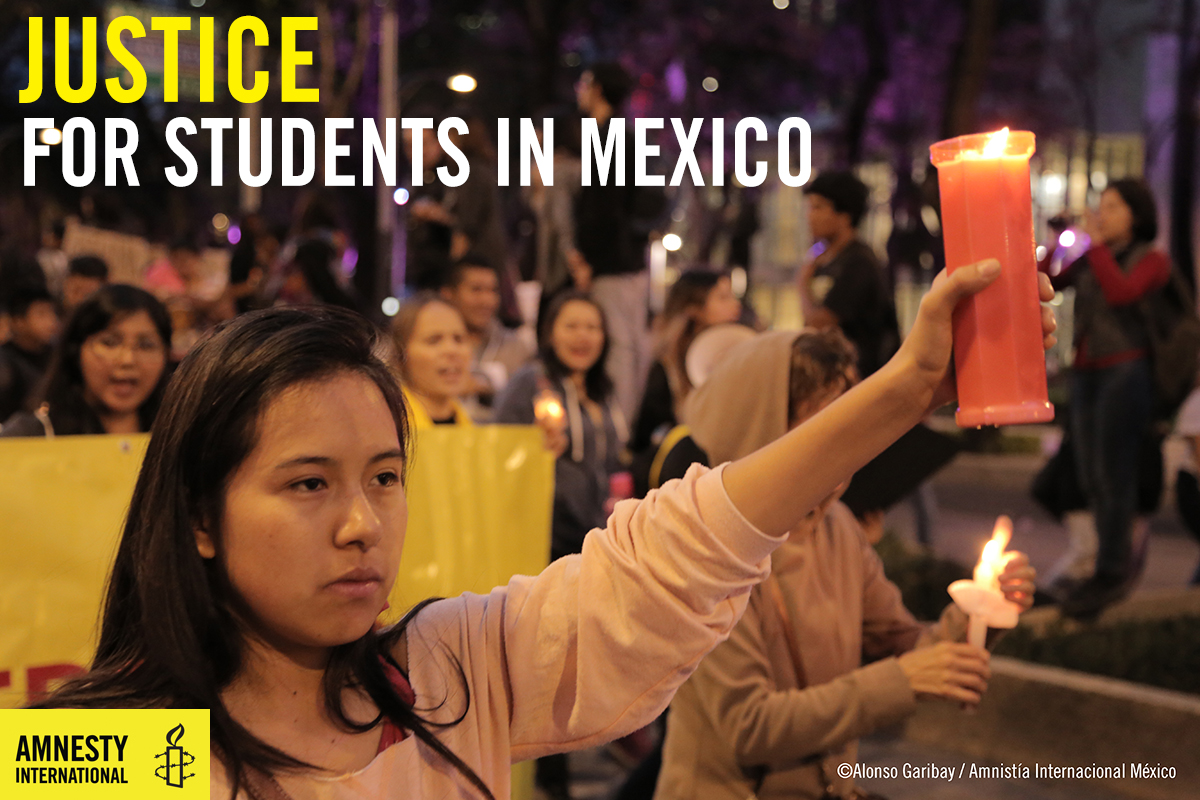 Deep failures in the investigations are also caused by a lack of financial investment in the offices of the prosecutors in charge of the inquiries. Public officials are overloaded with an unmanageable number of casefiles and high staff turnover.

“The Mexican government’s inability to carry out any kind of proper investigation into disappearances is putting thousands of people at great risk,” said Erika Guevara-Rosas.

“In order to prevent more people from being disappeared, the Mexican authorities must develop a public policy to prevent these tragedies. They must carry out effective investigations and effectively search for the disappeared, bring those responsible to justice and ensure adequate reparations for the victims.”

On 10 December 2015, President Enrique Peña Nieto sent a bill to Congress to address the disappearances crisis. Nevertheless, this draft legislation falls short of international standards in essential aspects. The Mexican Congress must substantially improve the document if it is to be an effective tool to ensure truth, justice and reparations to the victims and to prevent further disappearances.

The new Ayotzinapa generation: “It is as if we are a stone in the government’s shoe” (Feature, 12 November 2015)

Amnesty International’s report ‘Treated with indolence’: The state’s response to disappearances in Mexico