Women's rights activist, Bahareh Hedayat has been released from notorious Evin Prison in Iran, after serving a 7 year prison term. Bahareh's husband Amin Ahmadian said “tonight the news that we have awaited for seven years has come…that Bahareh has been released…”

Bahareh was arrested for her peaceful activism for the rights of women in Iran, and had been the subject of worldwide campaigning and letter-writing by Amnesty International and other human rights organizations. Nearly 15,000 Amnesty supporters in Canada signed our online petition and globally more than 100,000 human rights supporters spoke out on her behalf. 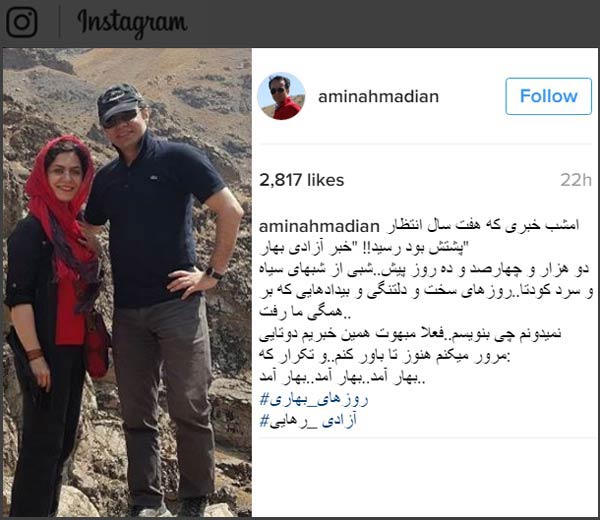 Bahareh was arrested on December 31, 2009 in the wake of the 2009 presidential election, charged a range of “offences” related to her activism as part of the Campaign for Equality and as a member of Iran’s largest student organization, the Central Committee of the Office for the Consolidation of Unity. She encouraged the participation of women in student groups, promoted gender equality in the law, supported political reform and opposed human rights violations. Amnesty considered her a Prisoner of Conscience, detained solely for the peaceful expression of her political beliefs.

Thank you to all who refused to be silent as authorities in Iran attempted to silence Bahareh!

Learn more about our work to promote human rights in Iran