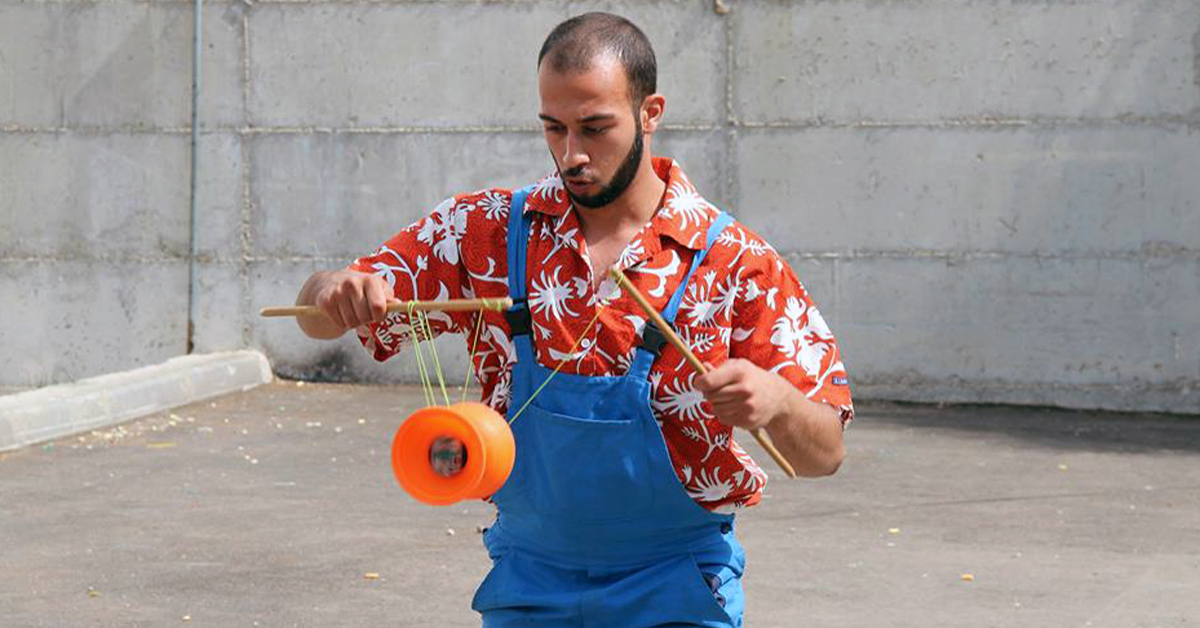 Mohammad Abu Sakha, a 24-year-old circus performer and teacher from Palestine’s West Bank has been released after two years of being held in administrative detention, by Israeli authorities in a prison in southern Israel without charge or trial.

Mohammad teaches circus skills at the Palestinian Circus School in Birzeit, near Ramallah, where he specialises in working with children with learning difficulties. The circus school trains Palestinian children and youth in circus arts and to ‘strengthen the social, creative and physical potential of the Palestinians, seeking to engage and empower them to become constructive actors in society.’

On 14 December, Mohammad left his parents’ house and headed to the circus performance school – but he never made it. Israeli soldiers stopped him at Zaatara checkpoint near Nablus. They took him to a nearby detention centre and held him there until issuing him with a six-month administrative detention order on 25 December.

Mohammad’s detention was reviewed and upheld by an Israeli military judge on 5 January. On 31 March, Mohammad’s appeal against his first six-month administrative detention order was rejected.

First held in Meggido prison, northern Israel, Mohammad was transferred to Ketziot prison in the Negev/Naqab, southern Israel, in mid-March. The fact that he was being held in Israel is a violation of the Geneva Convention, which states that detainees from the population of an occupied territory must be detained within that territory.

Message from Mohammad to Amnesty supporters

Mohamed Faisal Abu Sakha spoke to Amnesty International on 6 September and delivered the following message of thanks to all those who took action on his behalf: “I love you all. I feel a part of you given how much you stood by me in your actions […] I want to thank everyone individually. I spent days on Facebook not knowing what to write. No words can express it enough.”

On his Facebook page, Mohamed Faisal Abu Sakha wrote to all his supporters: “From my heart, I would like to thank everybody who took a stand with me: in a word, photo, idea, message or a feeling during my detention in the jails of Israel’s occupation. Thank you for all the campaigns and efforts to support ending administrative detention.”

Speaking to Amnesty International, he added that he looks forward to returning to his work as a teacher at the Palestinian Circus School, where he specializes in teaching children with learning difficulties. He said that this will feel like he has fully returned to his normal life. “The circus school is a place where we connect with our humanity,” he told Amnesty. “The Palestinian Circus School, which I belong to, is an important part of building hope in our children for the future and for freedom,” he added on Facebook.

Thousands of Amnesty activists from across the world took action to call on Israeli authorities to either charge or release Mohammad.