Oil in the Niger Delta

Hundreds of oil spills occur in the Niger Delta every year, undermining people's rights to clean water and food, and putting their health at risk.

Amnesty International is calling for Shell oil to clean up its mess in the Niger Delta, and to take responsibility for its role in the executions of nine Ogoni men who opposed the oil industry in their region.

Blog: Read our 6-part blog series on Shell in the Niger Delta. March 2018.

News article (The Guardian): Amnesty seeks criminal inquiry into Shell over alleged complicity in murder and torture in Nigeria. November 2017.

Podcast: Listen to our podcast on the Niger Delta

Report: Clean it Up: Shell's False Claims About Oil Spill Response in the Niger Delta. Nov 3, 2015

Briefing paper: No Progress: An evaluation of the implementation of UNEP's environmental assessment of Ogoniland three years on

Report: Petroleum, Pollution and Poverty in the Niger Delta. June 30, 2009 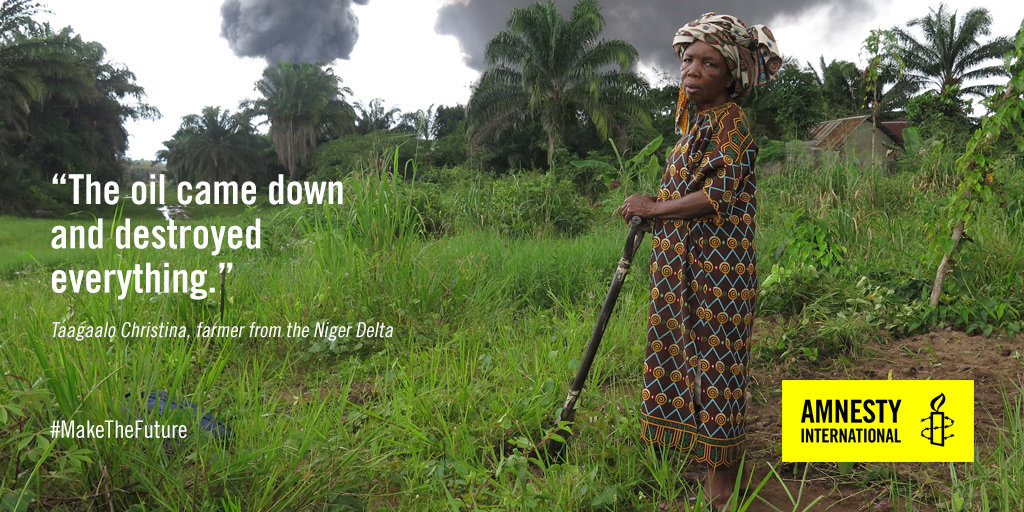 To receive updates from Amnesty's Business and Human Rights program, follow us on social media and/or subscribe to our e-newsletter.