Women human rights defenders experience harassment and violence because of what they’re advocating for and because of their gender.

People who advocate for freedom, justice, and equality often do so in an environment where they are demonized and restricted in their work. Many human rights defenders are smeared, threatened, physically attacked, criminalized and sometimes even killed, just for daring to stand up to those in power.

As a woman human rights defender, in most parts of the world, you as an individual are considered less worthy just because you’re a woman, an LGBTI person, or because you work on issues related to gender and sexuality. You’re more likely to be seen as not fitting in with social norms and expectations when raising your voice. And in your daily life, you’ll be at risk of violence, sexual attacks and harassment. You’ll be afraid of becoming the target of sexualized smears and of being judged by the value of your “honour” when you stand out.

Their extremely courageous, cutting-edge work continues to be underrepresented and insufficiently recognized by mainstream society, policy-makers, and the media.

Women human rights defenders need special recognition of their work, a safe space to work in, and specific protection to meet their needs. Meet and take action in support of three of the women who are challenging power and are in urgent need of our support and solidarity.

Write a letter and save a life during Amnesty International’s Write for Rights letter-writing campaign to mark International Human Rights Day on December 10th. In recognition of the dire and dangerous situation for women human rights defenders around the world, all ten cases featured in this year’s campaign are women human rights defenders including Atena and Marielle. 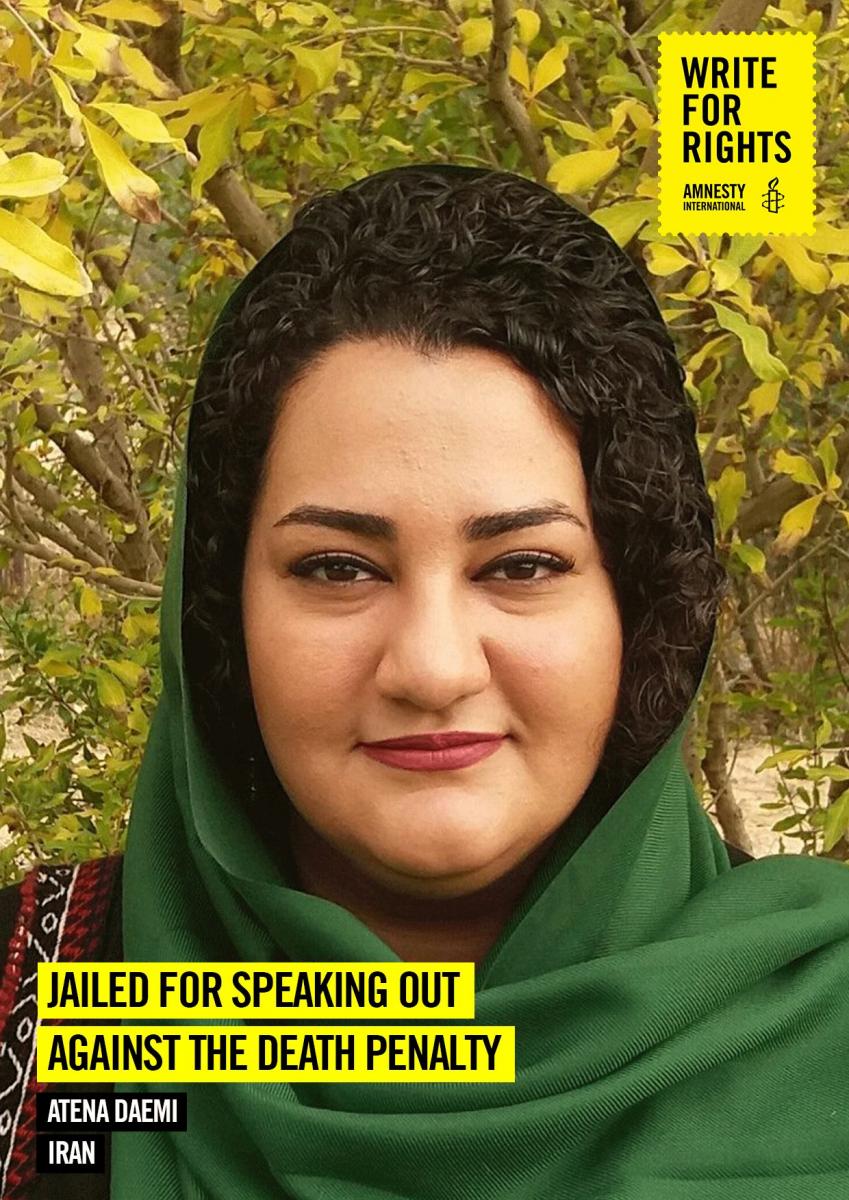 Anti-death penalty and women’s rights advocate Atena Daemi has been jailed for seven years for her peaceful activism. Call for Atena’s freedom at amnesty.ca/atena 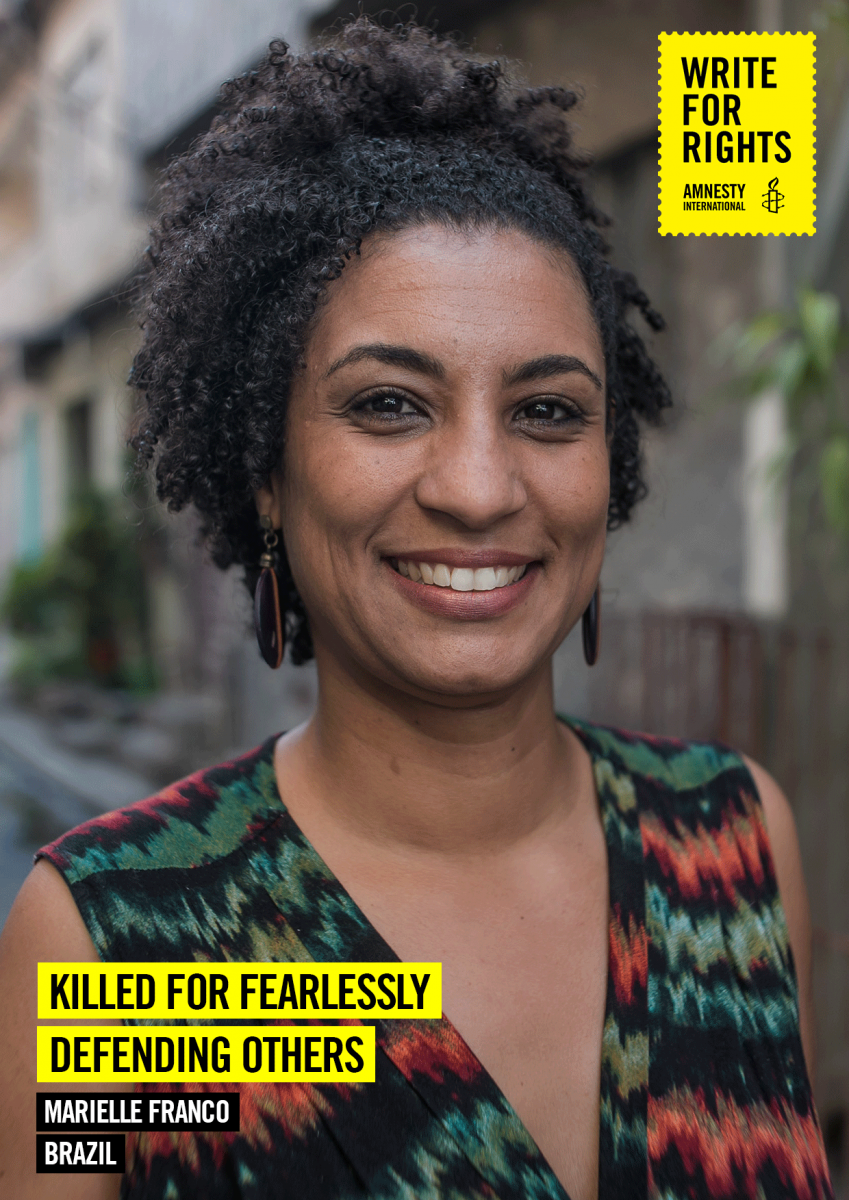 Activist turned politician Marielle was known for advocating to end human rights abuses against young people, women, black people, and LGBTI people; she was murdered in March 2018. Demand justice for Marielle at amnesty.ca/marielle