Why did such a staggering number of refugees and asylum-seekers pay smugglers thousands of dollars to risk their lives? It’s simple: Because they had no other option. With borders slammed shut, few can hope to reach another country safely and legally.

No one should have to gamble their life on a dangerous journey to get the protection they’re entitled to. And governments could quite easily stop this happening.

How? By offering people alternatives.

Canada, for example, has opened its doors to 25,000 Syrian refugees since last November. Every single one reached their new home country in the only obvious way: by plane. They were able to do so because of a solution called resettlement.

Some facts about resettlement 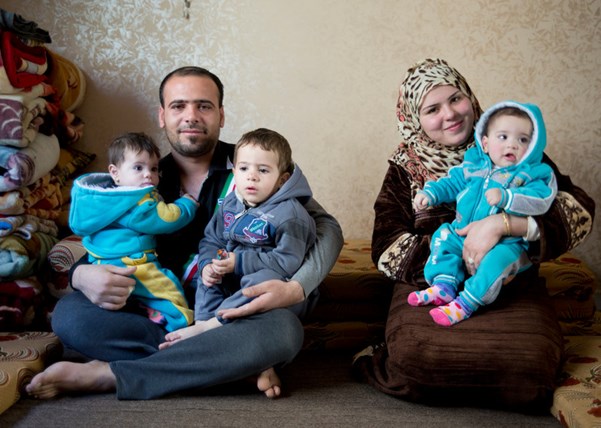 Tareq, Nada and their three children fled from Syria to Jordan after Tareq was arrested, and hope to be resettled. © Amnesty International/Richard Burton

, Resettlement is a way of protecting the most vulnerable refugees of all – people who have been tortured, for example, or women at risk of abuse (find out more about who qualifies below).

Put very simply, this is how it works: You’re forced to flee your home and escape to another country. There, you register with the UN’s refugee agency, UNHCR, and the local authorities. But you still face threats, abuses like sexual violence, or problems getting life-saving medical treatment.

Using specific criteria, the UNHCR will identify whether you are especially vulnerable and urgently need protection in another country. This is called resettlement.

If you qualify, you’ll be waiting anxiously to be offered a place. And if you’re very lucky, you might get a phone call one day saying you can pack your bags and settle down in a third country.

Are other safe and legal routes available too? 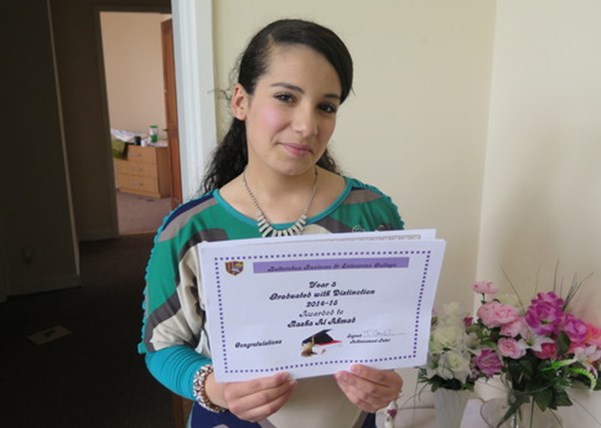 , Rasha, 13, from Syria shows her “graduation with distinction” certificate from school. She and her family were resettled to Bradford in the UK. © Amnesty International

Yes. Governments can open up so-called pathways to safety in emergency situations, such as the Syrian refugee crisis. They include:

Opening up these opportunities for many more refugees will allow them to travel to new host countries in a safe, organized way.  And that will mean fewer people will risk life and limb to reach a few overcrowded destinations, such as the Greek islands.

What difference can these solutions make?
, 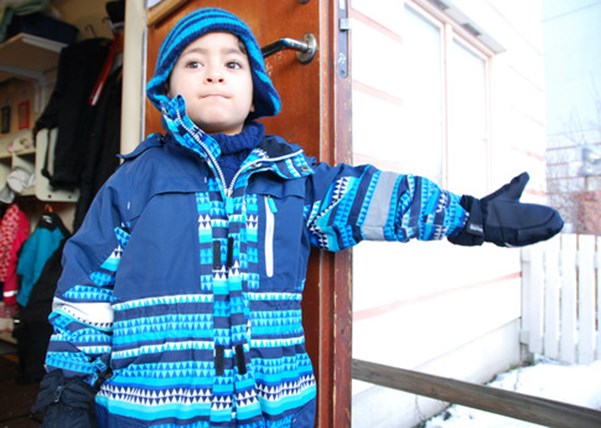 Four-year-old Mazen and his twin brother Bilal are at nursery in Sweden. Originally from Syria, they were resettled with their family from Jordan in 2014. © Amnesty International (Photo: Ina Tin)

Safe and legal routes can mean the difference between life and death for refugees.

It can mean not having to hand over your life savings to a smuggler, only to put your family in terrible danger. It can mean not being beaten up, exploited or sexually abused, and avoiding long, exhausting journeys on foot.

It can also offer people an escape from crushing poverty in host countries that can’t cope – such as Lebanon, where every fifth person is now a Syrian refugee.

Above all, solutions like resettlement offer hope to people who have lost everything. They promise simple, basic things that everyone wants – decent healthcare, a home, an education for your kids.

And most importantly, they are a crucial way of protecting people’s human rights when their own country can’t or won’t do it.

WHAT AMNESTY IS CALLING FOR

, This all sounds sensible, fair and doable, right?

Yes. But unfortunately, only a tiny fraction of refugees who qualify for resettlement have actually received that all-important call saying they can move abroad.

That’s because very few countries have followed Canada’s example and offered up enough places to make a real difference. To save lives and stop people suffering, Amnesty is calling on governments to massively increase resettlement, plus other safe and legal routes.

For example, we’re asking countries worldwide to resettle at least 10% of Syria’s most vulnerable refugees from countries like Turkey, Lebanon and Jordan by the end of 2016. That equals 480,000 people. But so far, only 178,195 places have been offered globally, and many have yet to be filled.

Worldwide, we estimate that 1.38 million of the world’s refugees – 19.5 million and growing! – will need resettlement by the end of 2017. Many more places need to be offered, and fast.

Together, we can help make that happen by speaking out for refugees’ rights and pushing governments to open up more safe and legal routes, now.